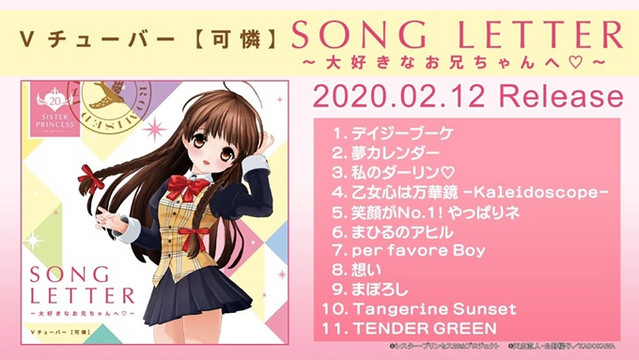 As part of the 20th-anniversary project for the franchise, Karen started her virtual YouTuber activity weekly on YouTube and SHOWROOM on September 23. In its early episodes, she often expressed her wish to re-record many of the Sister Princess songs. Karen=Kuwatani said that she was not satisfied with her singing quality at the time because it was done in the very early days of her singing career.

The 11-song album includes her most well-known character song “Daisy Bouquet,” which was recorded for the “Sister Princess – The 12 Angels -” album originally released in February 2001, and a newly-recorded song “Yume Calendar” produced by can/goo, the performer of the TV anime second season RePure‘s OP song “Maboroshi.” 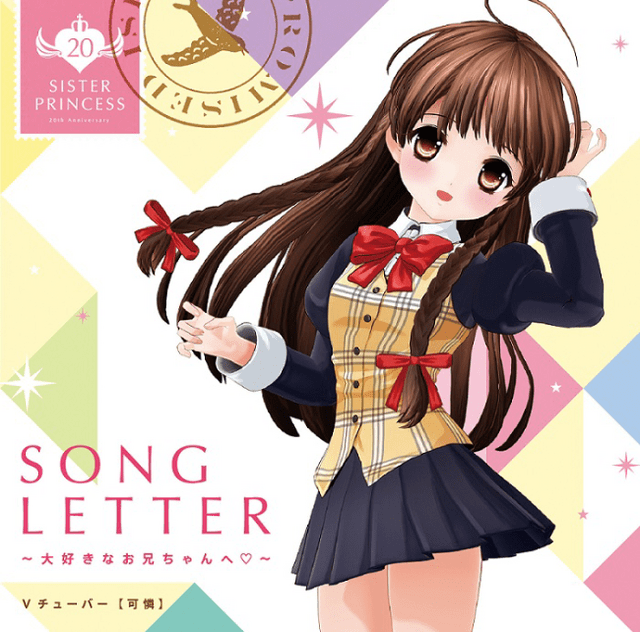