A ten-episode live-action TV drama adaptation of Natsuya Semikawa’s fantasy light novel Isekai Izakaya “Nobu” / Isekai Izakaya: Japanese Food From Another World is scheduled to be aired on WOWOW from May 2020.

The novel author Semikawa says, “‘I can’t believe,’ was my honest impression. Even though it is set in an izakaya, it is a story about a different world, so there are many things that are difficult to depict in live-action. But I was very happy to hear that they wanted to adapt it into a drama even if they had to clear that hurdle.”

The web anime adaptation of the novel directed by Katsumi Ono (Yu-Gi-Oh! 5D’s, Symphogear G/GX/AXZ) and animated by Sunrise was streamed for 24 episodes on various services worldwide from April to September 2018.

The Isekai Izakaya: Japanese Food From Another World anime is available to Crunchyroll members worldwide except for Asia. 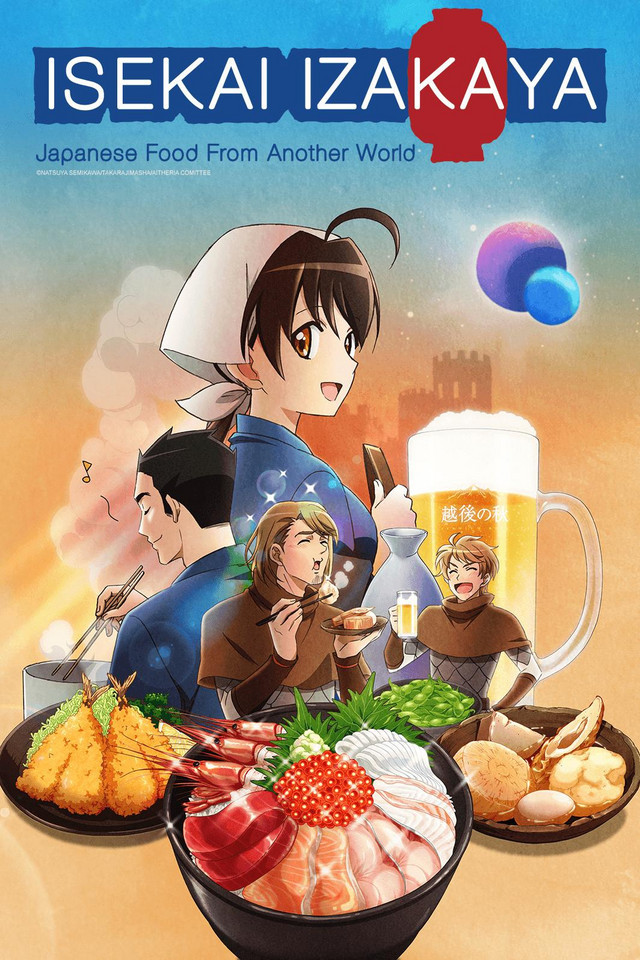 Izakaya “Nobu” is a modest establishment, staffed by only two people: master, Nobuyuki Yazawa, and

Despite its humble appearance, its entrance is mysteriously connected to an ancient city from another

Guildmaster – certainly not your average clientele!

But once they enter Nobu’s doors, they are greeted with the finest alcohol they’ve ever tasted and dishes

the likes of which they’ve never seen. With the food plentiful and the drinks flowing, the patrons leave

their troubles at the door as they call, “Give me a cold ale, master!”

Bachelor Peter Weber Opens Up in Revealing Q&A, Says He Believed in Santa Till He Was 13 -BB