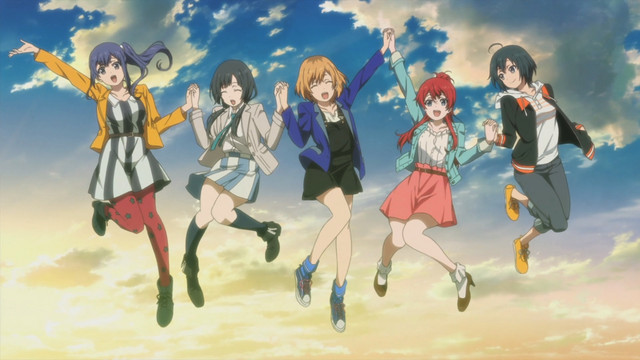 To celebrate the upcoming SHIROBAKO anime film releasing in Japan on February 29, the Infinite YouTube channel – who help produce the series – are uploading episodes of the TV anime series in the lead up to the film.

After the release of the first 4 episodes on Saturday, January 25, 4 episodes will be uploaded to the channel every Friday, with the episodes expiring the next Friday, giving fans a week to watch each batch of episodes. The episodes are available to watch worldwide but don’t come with English subtitles.

The SHIROBAKO film will be released in Japan on February 29 under the same staff and voice cast as the 2014 series. The film will focus on Miyamori helming the production of an anime film.

#SocialMedia #The Hunger Games: 10 Things That Make No Sense About Peeta Mellark #BB

A KONOSUBA Fan Made Megumin's Thighs out of Chocolate