The official blog for The [email protected] SideM franchise announced today that Shunya Hiruma (81 Produce) is newly cast as the voice of Kazuki Tsukumo in place of the character’s original cast Tatsuya Tokutake, who retired from all of the entertainment activities on December 31, 2019.

Hiruma has also voiced Tomoya Mashiro in another popular male idol-featured franchise, Ensemble Stars!, since 2015. He posted a message to the fans of the franchise and the character on Twitter soon after the announcement:

“While everyone was confused, I was at a loss as to what words I should use for my first greeting. And I kept thinking about how I could avoid betraying the character’s image that the franchise had built so far, along with the fans’ feeling. Then I realized that what I can do now is to face Kazuki Tsukumo-kun with sincerity. I will do my best to catch up with him who has gained a huge experience as an idol.” 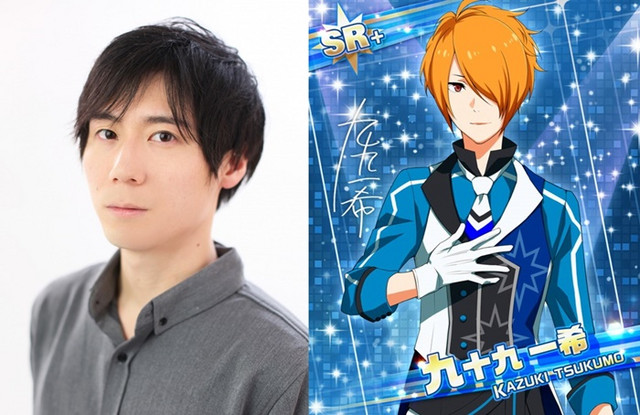