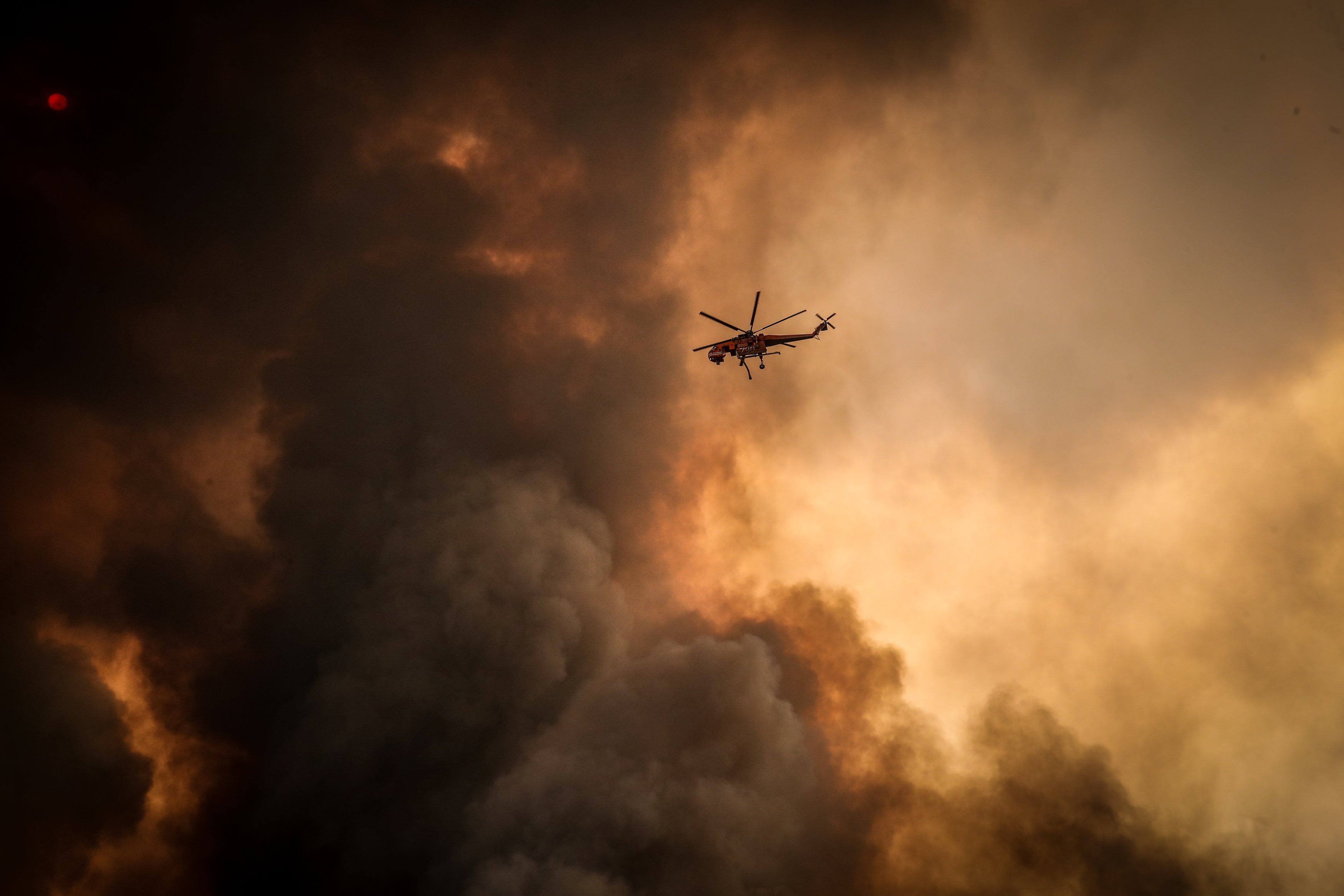 Summer in Australia use to be something we yearned for: long, lazy days spent by the beach or pool, backyard barbecues, and games of cricket with family and friends. But recent summers have become a time of fear: Schools and workplaces are closed because of catastrophic fire danger, while we shelter in air-conditioned spaces to avoid dangerous heat waves and hazardous levels of smoke in the air. Campgrounds have been closed for the summer, and entire towns have been urged to evacuate ahead of “Code Red” fire weather. Welcome to our new climate.

Of course, unusually hot summers have happened in the past; so have bad bushfire seasons. But the link between the current extremes and anthropogenic climate change is scientifically undisputable.

The fires raging across the southern half of the Australian continent this year have so far burned through more than 5 million hectares. To put that in context, the catastrophic 2018 fire season in California saw nearly 740,000 hectares burned. The Australian fire season began this year in late August (before the end of our winter). Fires have so far claimed nine lives, including two firefighters, and destroyed around 1,000 homes. It is too early to tell what the toll on our wildlife has been, but early estimates suggest that around 500 million animals have died so far, including 30 percent of the koala population in their main habitat. And this is all before we have even reached January and February, when the fire season typically peaks in Australia.

Australia is the most fire prone of all of Earth’s continents. But what has made its latest fire season so extreme? Wildfires need four ingredients: available fuel, dryness of that fuel, weather conditions that aid the rapid spread of fire and an ignition. Climate change is making Australian wildfires larger and more frequent because of its effects on dryness and fire weather.

Australia’s climate has warmed by more than one degree Celsius over the past century, and this change has caused an increase in the frequency and intensity of heat waves. I am 42, and I have lived through only six years with average temperatures below the 1961–1990 climatological average. My children have experienced none, and in all likelihood, they never will.

Increasing temperatures cause increased evaporation that dries the soil and fuel load. More than a decade ago, the Intergovernmental Panel on Climate Change (IPCC) concluded that ongoing anthropogenic climate change was virtually certain to increase in intensity and frequency of fires in Australia. This assessment of the science evidence has been been repeated in countless reports, including the IPCC’s Climate Change and Land report, released in August 2019.

The effects of rising temperature on drying out the environment can be countered by rainfall or by the growth of vegetation that increases humidity locally. But in the southern half of Australia, where rain falls mostly in the winter, there has been a substantial decline in precipitation. In the southwest of the country, rainfall has declined by around 20 percent since the 1970s, and in the southeast, around 11 percent of rainfall has been lost since the 1990s.

One of the factors driving this long-term loss of winter rainfall is the positive trend in the Southern Annular Mode (SAM). This change is causing the westerly winds that circle the Southern Ocean to shift southward toward Antarctica, causing rain-bearing winter cold fronts to pass south of the Australian continent. The role of anthropogenic climate change in driving this trend in the SAM is also clear in the science.

Climate variability acts on top of these long-term trends that are pushing the Australian climate toward a more fire-prone state. And that variability is an important part of the story of why the 2019–2020 summer has been so extreme.

Southeastern Australia has been in drought since 2017. Rainfall here is normally highly variable from year to year, but there have now been three winters in a row where the winter rains failed. This is a situation that has never been seen before in the historical record of Australia’s rainfall, even during infamous decade-long droughts such as the Millennium Drought. The severity of the current drought has caused large swathes of vegetation to die. It has even dried out wet rain forests, allowing fierce fires to take hold in places that would not normally burn.

The current summer has presented the perfect storm for wildfire. Long-term climate warming, combined with years of drought, colliding with a set of climate patterns that deliver severe fire weather.

In the tropical Indian Ocean, one of the most severe positive Indian Ocean Dipole (IOD) events on record played out this year. The unusually cold sea-surface temperatures in the eastern Indian Ocean cut off one of Australia’s critical moisture sources, adding to the ongoing drought in southern parts of the country. Australia’s worst fire seasons typically follow positive IOD events, much more so than the influence of El Niño events in the Pacific. Again, climate change is part of the story, because anthropogenic warming is causing positive IOD events to become stronger and more frequent.

At the same time, this year, a rare sudden stratospheric warming event developed over the Antarctic in late winter. Weakening of the polar vortex over Antarctica in spring increases the forest fire danger index across eastern Australia. This is because a northward shift in the Southern Hemisphere westerlies (i.e., a negative SAM) at this time of year causes very hot and dry westerly winds to be drawn across the continent.

The angry summer playing out in Australia right now was predictable. The scientific evidence is well known for how anthropogenic greenhouse gas emissions are causing long-term climate change and altering climate variability in ways that increase our fire risk. The role of climate change in the unprecedented fires gripping Australia is also well understood by our emergency services. Sadly, though, this summer has occurred against a backdrop in which the Australian government has argued, on the world stage, to scale back our greenhouse-gas-emissions-reduction targets. Our leaders are literally fiddling while the country burns.

In many parts of Australia, there will be no traditional fireworks shows to welcome in the new year. The risk is simply too great, and celebration is not warranted while our communities continue to be under threat from this angry summer.

Facebook fined $1.6 million by Brazil over sharing of user data