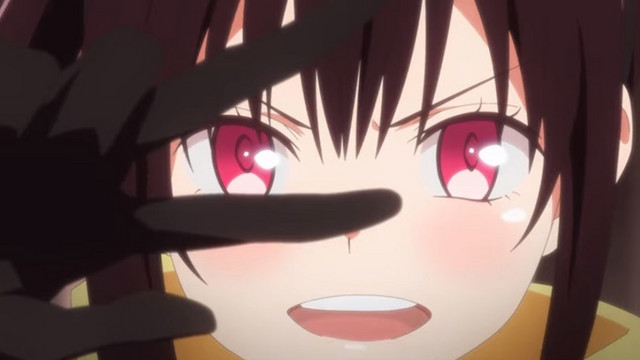 One week after its advance screening event in Tokyo, the official website for the long-awaited TV anime adaptation of the late Tomohiro Matsu (Listen to Me, Girls. I Am Your Father!)’s unfinished romantic comedy light novel series Hatena☆Illusion posted a 75-second second PV to introduce its main characters, including Kana “Hatena” Hoshisato (CV: Aina Suzuki) and Makoto Shiranui (Yoshitsugu Matsuoka).

The clip also features the anime’s OP song “Magic Words” performed by Chinese cosplayer Liyuu, which will be released as her debut single on January 22, 2020.

Makoto Shiranui, who has just become a freshman in junior high school, goes to Tokyo to become a disciple of Mamoru Hoshisato, a world-famous magician who was an acquaintance of his parents. He has always admired magicians since he saw the show by Mamoru Hoshiri and his wife Maeve when he was a child, and he is also a childhood friend of their daughter Kana (nicknamed Hatena). In Tokyo, the incidents by a beautiful female phantom thief have created a sensation, but Makoto has no anxiety because there is still Hatena. At the Hoshisato family’s house, which is called a haunted house, the butler Jeeves and the maid Ema welcome Makoto, then he finally meets again with Hatena. She seems so happy to be with him, but there are gaps in their conversation, and finally –!

The Sopranos: Every Season Finale, Ranked

QUIZ: Which Decade of Anime Are You?