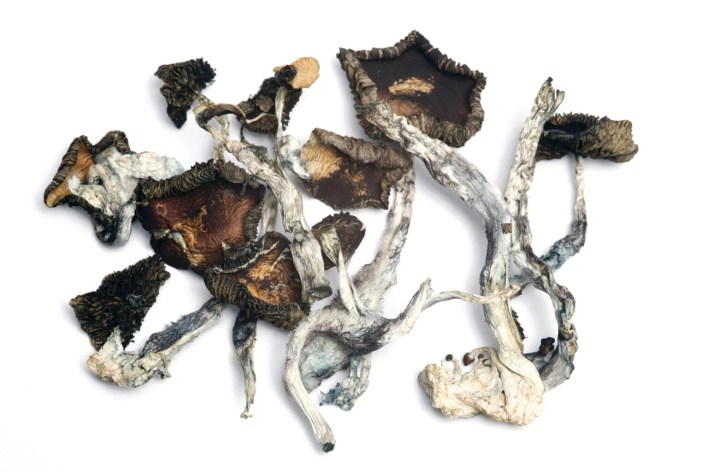 Studying psychedelics was taboo for decades, but in recent years drugs such as psilocybin—the active ingredient in “magic mushrooms”—have shown promise in clinical trials for treating conditions from depression to nicotine addiction. Growing the mushrooms can take months and is not practical for pharmaceutical production, however, and chemically synthesizing psilocybin is a costly and intensive process. Now scientists have successfully engineered Escherichia coli bacteria to produce the mind-bending drug.

The modified microbes generated up to 1.16 grams of psilocybin per liter of culture medium—the highest yield to date from any engineered organism and a 10-fold increase over the next best attempt. Scaled up, the new method could produce psilocybin for potential therapeutic use.

Adams and her colleagues engineered E. coli that incorporated three genes from the Psilocybe cubensis mushroom, enabling the bacteria to synthesize psilocybin from the cheap and easily obtainable precursor molecule 4-hydroxyindole, and then they optimized the process to produce the drug on a larger scale. They reported their results last December in Metabolic Engineering.

Dirk Hoffmeister, a pharmaceutical microbiologist at Friedrich Schiller University in Germany, who led a team that previously produced psilocybin via an engineered fungus, called the study “an intriguing alternative and proof of principle” that shows “the power and possibilities of synthetic biology.” Nevertheless, the engineered bacteria could potentially produce toxic or allergenic microbial material that would need to be removed by purification, says Hoffmeister, who was not involved in the new study. According to Adams, manufacturers could avoid this risk by using industrial techniques already proved for bacterially produced drugs such as antibiotics or insulin.

Medicinal chemist David Nichols of Purdue University, who was also not involved in the work, says the technique’s yield is impressive. But he notes that the approach requires a particular precursor chemical, rather than making psilocybin from even simpler starting materials. Senior study author Andrew Jones, a chemical and biological engineer at Miami University, aims to eventually synthesize psilocybin from glucose. He and his colleagues are talking with several companies about licensing the team’s method for commercial use.

Psilocybin can be therapeutically effective after just one dose. But given how many people have depression and other mental health disorders, the potential market for such treatments is substantial. “If it were approved for everything it’s being tested for,” Jones says, “that’s a significant proportion of the population.”

Thousands of Android users were 'cheated' by this app created by Indian techie: 15 things to know

TRAI defers abolition of telecom interconnection fees by a year