As a queer person (and the word “queer” means so many different things for me), I can call upon any number of childhood moments where my understanding of the gender binary were constantly challenged. When I played Power Rangers with my friends, I always wanted to be the Pink Ranger. The breadwinner of my family is my hard-working mother. My favorite manga growing up were shojo and magical girl stories. These days, it’s easy for me to say I was always the way I am now, but for the longest time, I never had a reference point to help me define my conflicts over my queer expressions. Utena Tenjou was one such anime character who contributed a lot to that end.

As the titular protagonist of Revolutionary Girl Utena celebrates her birthday on December 29, I write this as a tribute to Utena. Her own experience with toxic masculinity and restrictive gender roles helped inform my own, and I consider her one of my major influences on my ongoing queer journey up there with Steven Universe and Bayonetta. 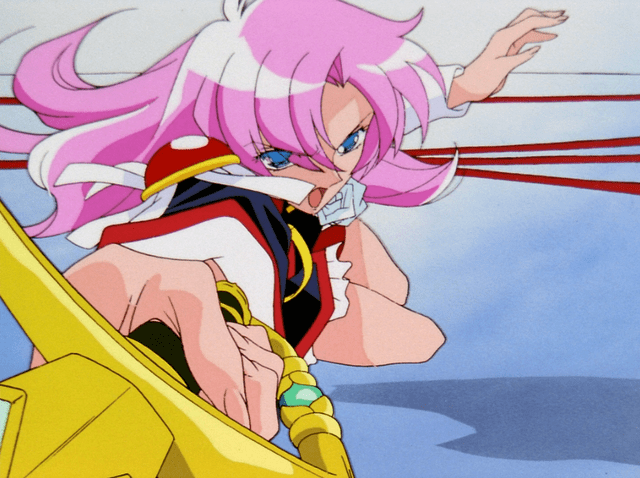 As a character, though, she didn’t start out that way. In fact, her entire worldview was centered around a very black-and-white concept of gender. Or in this case, blue-and-pink. It was her whole journey—tragic and surreal and cathartic as it was—that I was able to empathize with. Utena’s evolution beyond her preconceived notions of society became something of a cautionary tale for me and my voyage beyond the gender binary.

Utena’s story began after a seemingly-gallant prince saved her from a life of despair. When tragedy befell her at a young age, Utena had nearly resigned herself to darkness and isolation. It wasn’t until her prince came along and showed light at the end of the tunnel. From that point forward, she sought to become a prince herself.

While attending high school, she became a popular tomboy who proudly wore her princely demeanor, quite literally. She was known for preferring boys’ school uniforms as opposed to the girls’ and often bested many of the male students at sports. When it came time for her to fight the Student Council over Anthy the Rose Bride, she took on the role of a prince defending a helpless and innocent damsel.

As the title suggests, Utena sought a form of social revolution with her masculine expression. She refused to let her gender limit herself in both school life and as she fought for Anthy’s hand in marriage and did her best to shake up gender norms. I was initially inspired by her efforts to present her masculinity, but when I look back on it now, that mindset was almost self-defeating.

She rejected any notion of traditional femininity while also heavily conforming to displays of traditional masculinity. At a certain point when she loses the will to continue her fight, she resigned herself to wearing a girl’s school uniform and trying to act more feminine and delicate. This is almost as if taking on “feminine traits” was supposed to be a form of punishment. She both subverted and reinforced the gender binary and lived her whole life under this paradox.

Much like Utena, my own expression was also restricted by these guidelines. Growing up, I had no grasp of what was “for boys” or “for girls.” I wasn’t born with any particular notion on how to gender my behavior. I only learned about the gender binary through the lens of how other people structured their lives by it. 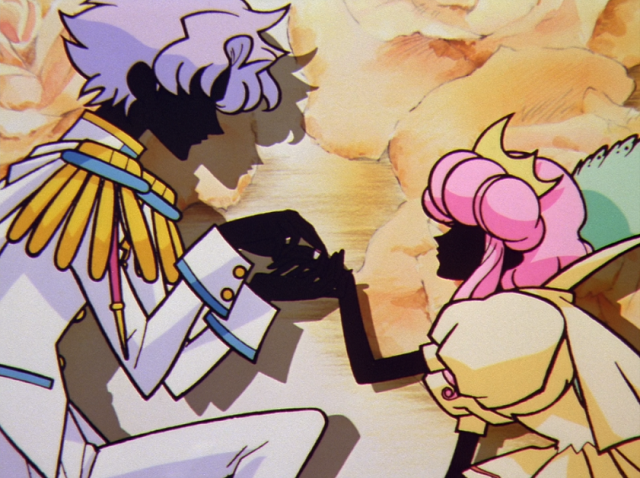 Being assigned male at birth, the world provided me with the recipe on how to act like a boy I tried desperately to fit into it. It became easy for me to feign masculinity and adjust my personality among my cisgendered friends. But I could feel my femininity trying to ooze out. I felt it through my favorite anime and choice of role models and the crushes I had and this growing desperation I felt to reject the manlihood I could feel infesting me. It would be a while until I realized how harmful this was to my emotional health, but Utena helped me along the path of revolution.

Utena went through a similar struggle throughout her battles for the Rose Bride. What began as a story of her, the gallant prince charged with protecting the helpless damsel, was deconstructed into something much more sinister as she dug herself further and further into the throes of toxic masculinity. 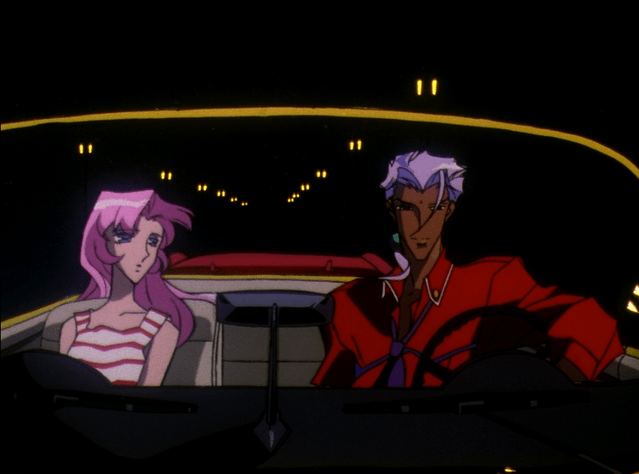 She eventually started interacting with Akio Ohtori, Anthy’s brother as well as an incarnation of the prince who had saved her. And from that point on, Utena’s principles on gender were constantly challenged to the point where she had to question everything she thought she knew about the world and even herself.

Her prince was nothing more than a manipulative abuser who sought power for himself. Anthy, while still a damsel in distress in her own right, was capable of cold-hearted cruelty as she remained in the thrall of her brother. And Utena’s efforts to embody a gallant prince were nothing more than her own roundabout way of allowing patriarchal standards to control her life as she continually fell into Akio’s clutches.

Eventually, Utena made a sacrifice that helped her accept the world for what it was and allowed her to achieve some small form of revolution. She fought until her last breath to save Anthy, disregarding all notions of princely duty or the expectations of a maiden. Though she disappeared in the process, her final efforts had touched Anthy’s heart and allowed her to leave her brother behind as she left to answer Utena’s love and find her once more.

As strange as Utena’s journey was, it contains a rather simple message that has since resonated with me: the gender binary is simply a construct and affixing yourself to it is poisonous. There is no right or wrong way to present your gender identity, but the necessity to draw that distinct line between how to be feminine or masculine is a strict and narrow-minded concept that all but destroyed Utena’s life. 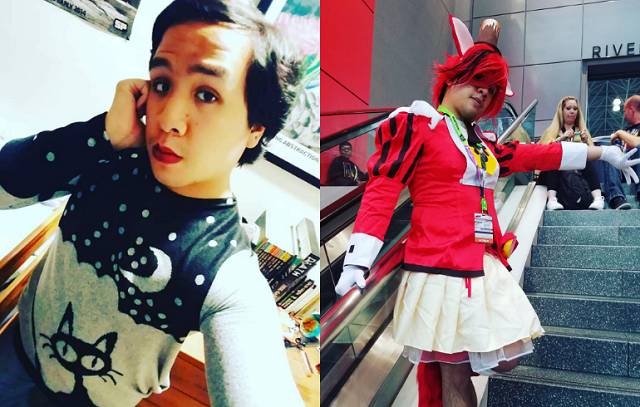 Utena helped me realize how I prefer to present more feminine. Whether it’s through my cosplay or the clothes I wear every day or the way I speak, my femininity is vital to who I am as a person. I long for the day when I’m able to appear as girlish as I please and have people question the very nature of gender expression. But even when I feel as far from content with my gender identity as possible, Utena’s story taught me that my queerness doesn’t change. My being trans and being femme is a constant, and even at my lowest points, she reminds me that I’m always as queer as I should be.

When I first watched Utena, I thought I wanted to be her. I viewed her as someone who challenged gender norms and shattered expectations. But as I saw her grow and change, I learned that that wasn’t the whole truth. Defining her whole life between being either a prince or a damsel was her downfall, and it wasn’t until those final moments that she realized that being herself was more important than fulfilling an idyllic yet flawed patriarchal fantasy.

In Adolescence of Utena, she does achieve a more fulfilling catharsis. After winning the right to marry the Rose Bride, she rejects the marriage entirely. Her only wish was to live freely with the girl she loved, and she fights tooth and nail and race car to achieve it with Anthy. True to the title, Utena more readily overcame her adolescence and rigid gender structures to come out and love both Anthy and herself more openly.

As for me? I suppose even in my mid-20s, I’m still in that same proverbial adolescence that Utena went through. This is still a world where people still adhere to that rigid binary and leave little wiggle room for people to safely explore themselves. And I still have plenty of days when I don’t feel nearly as queer or as trans as I want to be. 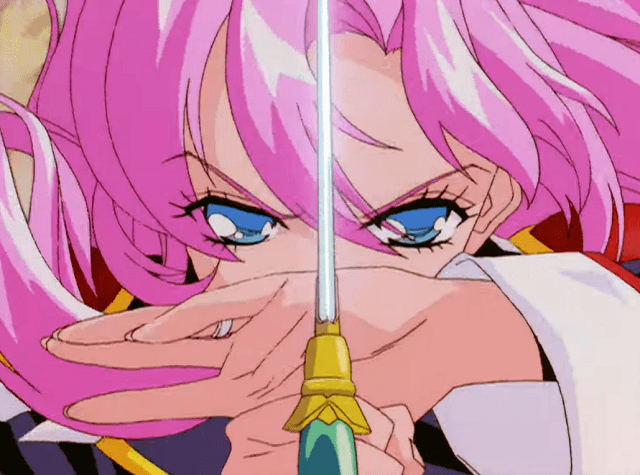 But Utena Tenjou’s story gave me so much guidance at a time when I really needed it. I learned alongside her that we have no obligation to fit into anyone’s molds but our own. As a queer person, I choose to be feminine and how I achieve that is up to me. Once upon a time, I would’ve called Utena Tenjou a role model. That isn’t the case anymore. More truthfully, we were kindred spirits who were, and still are, desperate for revolution within ourselves. So to celebrate Utena’s birthday, I’ll keep trying to revolutionize my own world. Happy birthday, Utena!

What’s your take on Utena’s tumultous coming-of-age? What’s your favorite Utena moment? Comment below and let us know!

Carlos is a freelance features writer for Crunchyroll. Their favorite genres range from magical girls to over-the-top robot action, yet their favorite characters are always the obscure ones. Check out some of their satirical work on The Hard Times.

How Supergirl Died In The Crisis On Infinite Earths Comic

#Seinfeld: 10 Most Iconic Foods On The Show -BB