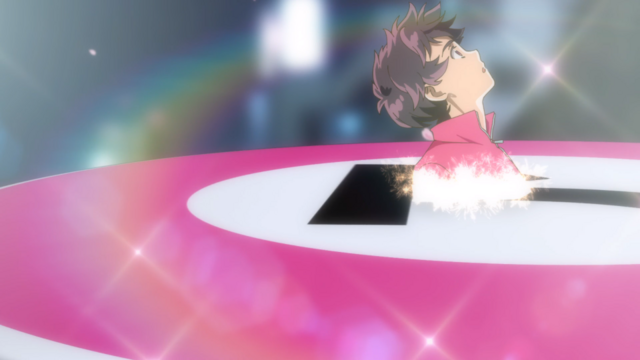 The best part of anime series directed by Kunihiko Ikuhara are the endings. How do I know this? Well, look up any popular AMV based on an Ikuhara series, and I guarantee you it’ll be loaded with spoilers. Utena cracking open Anthy’s coffin with bleeding fingers. Shouma and Kanba taking the punishment meant for Ringo and Himari, as the world switches to another track. Kureha and Ginko facing the firing squad as they ascend to a better world. The music kicks in, metaphors explode, our heroes sacrifice themselves for their friends. These endings are escape valves, eruptions of sentimentality after countless episodes of shock and obfuscation.

By contrast, the ending of Ikuhara’s new show Sarazanmai is uncharacteristically modest. The final scenes lack the apocalyptic stakes of Penguindrum’s finale, or the world-is-against-us long odds of Yuri Kuma Arashi. Kazuki and his friends fight not to change the world, but to complete a past cycle with his younger self. The villainous otters are defeated and shuffle off the stage with a shrug and a smile. And everybody lives! Even the cops Reo and Mabu, who appeared to be doomed in the previous episode, come back at the last moment to save the day. The series ends not with tragedy or bittersweet parting, but a musical number where friends are reunited at last. 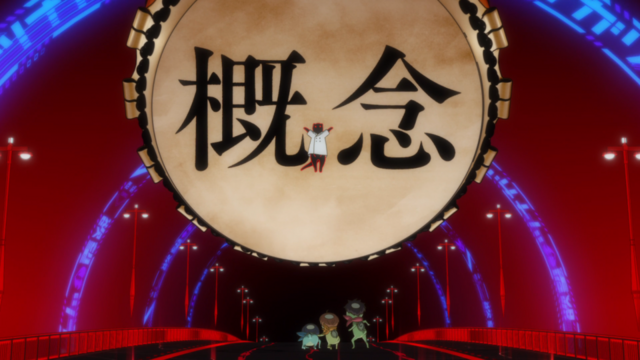 It is an ending that has rubbed some folks the wrong way. Some have said it is evidence that Kunihiko Ikuhara has become soft. Can the otters of the world really be defeated that easily? What happened to the defiant miracles of his earlier work, wrought at great cost? There are of course missed opportunities in Sarazanmai. I would have loved to see Kazuki’s crossdressing be examined as frankly as the series depicts Reo and Mabu’s relationship, rather than it being relegated to a background detail in the second half. I would have loved more episodes to flesh out the cast, rather than have that work relegated to a Twitter account and manga series. My read on Sarazanmai’s ending is that Kunihiko Ikuhara has mellowed as he has become older, evolving from Utena’s revolutionary brio to Sarazanmai’s earnest plea to connect with your friends. But that is not the same as softness.

After the otters have been defeated in Sarazanmai and Keppi, the Kappa prince, has transformed into his true self, the future leaks into the present. A story constructed around embarrassing revelations and flashbacks inverts itself like an exploding sun. Suddenly we discover that the story of Sarazanmai may not even be the most important one in the lives of its three main characters. For in the future lies a soccer game—possibly a high school championship, but it’s got to be the Olympics, right? Kazuki, Toi and Enta are fated to play in that game, a challenge to which this whole series was only a prelude. As we see the characters live and struggle in this new story, past episode titles tick relentlessly across the screen. I want to connect, but I want to lie. I want to connect, but I want to take. I want to connect, but it’s not meant to be. 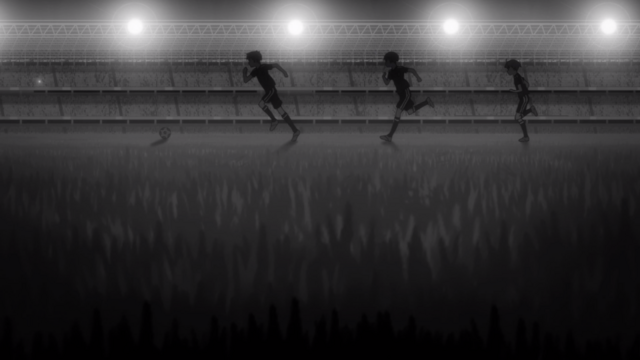 Today is the last day of 2019. Soon it will be 2020, the first year of a new decade. I know people who hope that 2020 will be a better year than 2019. I know people who fear that 2020 will be a worse year than 2019. The truth may be that 2020 will be just another year like the other ones. The world a powder keg of compromises dangerously close to kindling via climate disaster. Where the things you love are owned by cable companies. If you are reading this, you may be a kid who loves My Hero Academia. You may be a teenager who recommends Showa Genroku Rakugo Shinju to their friends as a way of proving to themselves that they are a good person because they have good taste in anime. You might be an adult who distanced themselves from anime for many years only to return after stumbling on Mob Psycho 100. You may be thinking: with everything going on right now, why am I reading an article about a series that finished airing months ago on Crunchyroll? 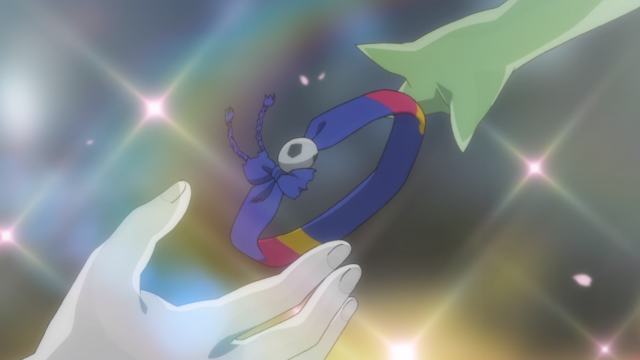 Well, my friends. Today will be hard, like yesterday was hard. Tomorrow may be worse. But I want to connect, though I want to lie. So here’s my proposition: sacrifice can be an escape. Utena never had to live in the world that she revolutionized (though she did in the movie!). Kanba and Shouma left Himari behind en route to the stars. There is no escape route in Sarazanmai. The only way out for its characters is to do the work. The only way out for its characters is to be there for their friends no matter what it takes, to complete their inner loop between the past, present and future.

Sarazanmai is about life. Kazuki, Toi and Enta will live. In 2020, all of us are going to live. It’ll be hard, but maybe it will be fun too. After all, Sarazanmai is a musical comedy.

What do you think about the ending of Sarazanmai? What are your hopes and dreams for the coming decade? Did you see Cats in theaters? Let us know in the comments!

Adam W is a Features Writer at Crunchyroll. He sporadically contributes with a loose coalition of friends to a blog called Isn’t it Electrifying? He hopes to keep writing things and publishing them in 2020, no matter what it takes. Find him on Twitter at: @wendeego