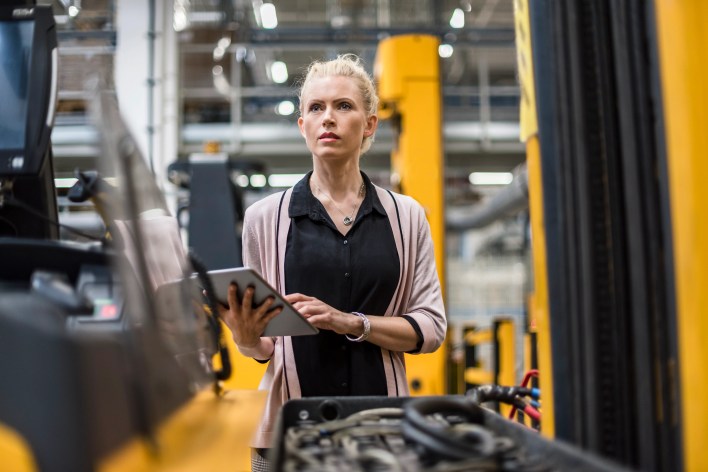 More than a century ago, the great composer John Philip Sousa worried about the future of his profession. He feared that a new invention, the record player, would render obsolete “the ennobling discipline of learning music,” putting professional musicians out of work. Sousa’s works have stood the test of time, but judging by the hundreds of music schools and tens of thousands of full and part-time musicians in America, his prediction has not.

Fear of technological progress is as old as technology itself, especially when it comes to its effect on employment. That is exactly what we are now seeing with automation, which is being described as a threat to the well-being of Americans. We also hear warnings of millions of workers in the retail, call-center, fast-food and trucking industries getting kicked to the curb. More ominously, we are told of possible mass riots, leading to violent deaths and widespread destruction of property.  To ward off this impending social upheaval, some have proposed that the government guarantee everyone over 18 an income, whether they lose their job or not.

It cannot be denied that innovation, including automation, disrupts existing industries and in turn the lives of individuals, families and communities. There is a long list of professions that no longer exist in America thanks to innovation, including elevator operators, telephone operators, blacksmiths, video store owners and bowling pin setters.

History, however, shows that we have more reason for optimism than for fear.

This Material Could Squeeze More Energy from Solar Panels

This automation is most needed in the U.S. health care industry, where the inordinate amount of time spent on administrative tasks is causing physician burnout and higher premiums. Doctors spend more time (often hours per day) entering notes into electronic health records than providing patients with the care they need.

RPA software is helping to lessen doctors’ workloads, leading the International Robotics & Automation Journal to declare it “to be the technology of future … that reduces costs and delivery time, improves quality, speed and operational efficiency” of health care services.

Automation and the overall progression in computing speed are eliminating costs across multiple industries. They remove burdens off low- and middle-income families through lower costs for health care, car repairs and food. With the money thus saved, consumers can afford more goods, increasing the demand for new, often high-tech, products. With more buying power and access to the latest and greatest, Americans’ quality of life goes up, as does the broader economy.

Second, new technologies often create jobs. The greater demand for new products increases demand for workers with the skills to develop, refine and use those goods. It’s true that the rise of new products and industries make older ones obsolete, but the same advancements that eliminated typists and human calculators also gave millions the chance to be developers, programmers, database administrators and broadband engineers.

As stated by economist Alex Tabarrok, if technology didn’t create any jobs, “we would all be out of work because productivity has been increasing for two centuries.”

And despite the alarmists, disruption doesn’t necessarily translate into social turmoil. Studies show that there is usually a significant lag time between the development and adoption of a given technology—sometimes up to four decades—giving workers time to adjust, gain new proficiencies and find jobs in new industries. Meanwhile, families and communities with higher standards of living thanks to technology are able to help those transitioning in a much more personal and dignifying way than a government-based approach. The vast majority of Americans seem to prefer these constructive actions to destroying property.

For all of his brilliance, Sousa, too, fell into the trap of looking at a new innovation with the glass half-empty, envisioning a worst-case scenario and failing to account for its net benefits. While automation and innovation can be difficult emotionally and affect peoples’ livelihoods, top-down policies, such as universal basic incomes or technology bans, stifle the freedom that innovation and human creativity need to flourish.

Before we succumb to mass hysteria or institute government-led “solutions,” let’s remember the myriad ways that innovation has removed barriers and empowered all Americans.

We Need an International Center for Climate Modeling