Fleabag has won multiple Golden Globes, Emmys, and so many other awards that listing them all would likely require a list of its own far longer than this format would allow (it’s more than 10). The vast majority of these awards though were for the writing and performance talents of Phoebe Waller-Bridge, and the rest of the cast.

Not only is Waller-Bridge responsible for the original one-woman (sort of) play but she’s also behind the incredible TV adapted screenplay, and playing the titular character. With her talent (see Killing Eve and upcoming No Time To Die) behind the show, its no surprise that the cast of characters assembled here are each uniquely flawed and grounded in their own morals. With that in mind, what would their D&D Moral Alignments be?

Played by the ever comedically dry and charming Hugh Dennis, it’s easy to forget that prior to Fleabag’s first episode the character was sued for sexual harassment, which would definitely place him as a Neutral Evil character.

However, like all of the characters in the show, he goes through a character arc which ultimately sees him not only remorseful of his actions but actively trying to make up for his mistakes. This leaves him in the position of Chaotic Neutral, even giving Fleabag a second chance at her loan as a way to help others atone.

Played brilliantly by Hugh Skinner, Harry is Fleabag’s on again off again ex-boyfriend and such a moron he doesn’t realize his overindulgence in his own sensitivity and ego are actively making him unlikeable. A true Neutral Evil, he’s not selfish because he wants to be, but because he’s too stupid to be anything else.

Look no further for an example of this than his line, „You’re not like other girls. You can keep up.“ or his ridiculous reaction to Fleabag pranking him. One of the few characters that doesn’t experience growth, because he might be too oblivious to be capable of it.

An argument could be made that Andrew Scott’s sexy priest is, in fact, more of a Neutral Good. However, where the character leaves his relationship with Fleabag at the end of the show’s finale definitely shows that he has some regret in breaking his oath to be with her, no matter how good it was.

Netflix's YOU: 10 Signs That Love Is Just Like Joe (That Fans Completely Missed)

The scene is a textbook (or D&D Handbook) example of Lawful Good. His reaction to Fleabag telling him she loves him is multi-layered. First, he takes her hand (Neutral Good), but then he says „It’ll pass,“ leaving her alone at the bus stop. It’s tear-inducing, and so Lawful Good it hurts.

Played by Brett Gelman, Martin is the easiest alignment to assign out of the entire cast: 100% Chaotic Evil. Martin uses alcoholism as a poor excuse to be a horrible person, he sexually assaults Fleabag, gaslights both her and her sister, and sabotages her relationship with her family, seemingly because he finds validation in reminding her of his power over her.

His refusal to own up to his misdeeds and amend for his mistakes lands him as a divorced cautionary tale. Even his own son hates his guts.

Olivia Colman delivers a brilliant perfectly hateable character, delivering patronizing, controlling, and backhandedly insulting remarks all with a smile and no regrets. The character cares for no one but herself and furthering her own comfort, exemplified in her attempt to further the distance between Fleabag and her father.

Simply see the painting scene for her own inflated sense of self, and the moment she forgets her own husband’s name in the series finale because she’s so absorbed in the act of being self-righteous. While she might be a little more complex than doing evil for evil’s sake, she’s definitely every insulting thing Fleabag tells us she is.

While the father of Fleabag may be a little emotionally stunted and would rather buy his daughter therapy sessions than just talk to her about her mother’s death, he still cares for all those around him. Whether it is his new partner or his daughters, who hate her.

Bill Paterson brings a truely endearing aspect to the character that might otherwise come off as selfish, but towards the end of the series, it becomes clear that Dad is just aware of both his own needs as well as those of the ones he loves. His True Neutrality is found in the, not always subtle, way he tries to balance achieving the two.

There’s a reason that Boo and Fleabag were best friends. They were similar chaotic people that valued their freedom. The difference between them was that Boo didn’t only value this, but also her freedom to improve her own life and that of those around her. Just see her intentions for the café.

#SocialMedia #Seinfeld: 5 Reasons Why Jerry And Elaine Should Have Ended Up Together (& 5 Why They Shouldn't) #BB

Regardless of Fleabag’s misdeeds towards her, Boo was always there when it counted and her standing as Chaotic Good was obvious by the journey her death pushed Fleabag to undertake. After all, that’s the reason they put rubbers on pencils; people make mistakes.

It’s difficult to pin down exactly what Hilary’s alignment is. She was originally owned by Boo and remained fiercely loyal in protecting and later inspiring the Guinea pig café. This must make Hilary Lawful Good, right?

Wrong. Later in the show’s run, Hilary is seen cuddling up to Martin with no sense of regret, implying that the four-legged fluff ball is more conniving than initially thought, making her Neutral Evil. However, Hilary is also a guinea pig and according to the 4th edition D&D Handbook, all creatures not sentient enough to follow morals are assigned as Unaligned.

Like other characters that go through a significant change throughout the show, Claire ends up not only with a terrible hair cut but also a moral alignment more influenced by her sister, Fleabag. It’s easy to argue that Claire begins the series as more of a Lawful Evil, using what she deems as socially acceptable as a way of controlling the actions of those around her.

Following her much needed divorce from Martin, and a few moments of bonding and sincerity with Fleabag, she becomes more of an ally to the titular character and excepts that being beholden to the game of social standing is depressing her. She achieves more spontaneity, and enjoys it, even if she still maintains her role as the responsible sibling.

The titular character played by creator Phoebe Waller-Bridge is likely the hardest to assign to any given alignment and the most relatable for it. She goes through so much growth and is shown with such levels of depth that she doesn’t remain morally singular throughout the show. In fact, for most of it, she’s closer to Lawful Evil, exploiting those around her to avoid facing the loss of Boo.

However, as we leave her in the final moments, in a gut-wrenching scene in which she and The Priest finally part ways and she refuses to comment to the audience about it, no longer needing her 4th wall breaking coping mechanism, she has become Chaotic Neutral. 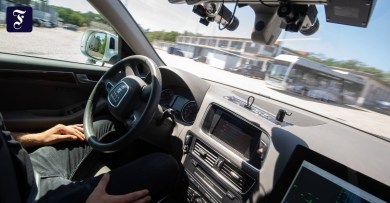 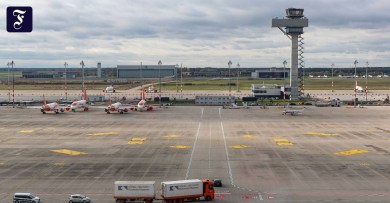