“The X-Men Are Officially Going To War With Great Britain”

The X-Men are officially going to war with Great Britain. Jonathan Hickman’s X-Men relaunch has seen the entire mutant race settle on the living island of Krakoa. Charles Xavier hopes for peace between man and mutant – but his best efforts are already being undermined. Against Xavier’s wishes, Apocalypse is pursuing plans that risk embroiling the mutant race in war.

Tini Howard’s Excalibur has seen Apocalypse manipulate a group of X-Men into unwittingly conquering the mystical realm of Otherworld. This pocket dimension is the collective subconscious of the British Isles, and Apocalypse has placed the Omega level mutant Jamie Braddock upon its throne. Disturbingly, this doesn’t appear to be Apocalypse’s endgame; King Braddock of Otherworld is nothing but a pawn, albeit a powerful one.

It looks as though Apocalypse’s plans will lead the X-Men into outright war with Great Britain. According to Marvel’s April 2020 solicits, Betsy Braddock – the new Captain Britain – will find her loyalties divided like never before. Here’s the full solicitation: 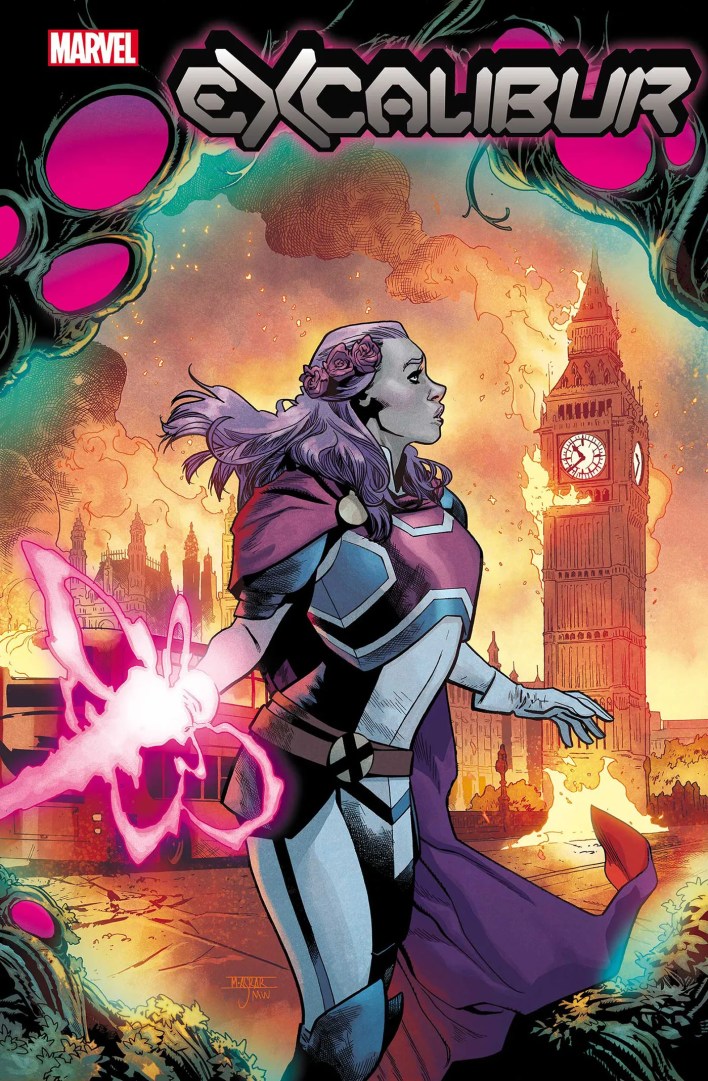 It’s safe to assume the escalating conflict is the direct result of Apocalypse’s plans. Excalibur opened with the rise of the mutant race on Earth causing chaos in Otherworld according to the principle of “as above, so below.” Logically, the rule can be inverted; “as below, so above.” Thus Jamie Braddock’s reign in Otherworld will naturally have repercussions on Great Britain. Braddock is an Omega level mutant with the power to twist reality to his every whim, and he’s now in charge of a place where the imagination can rewrite reality with unprecedented ease. Everything he does will have a subtle impact upon the real world.

Of course, even in Marvel Comics, this is Brexit Britain; a country whose global influence has diminished as a result of leaving the European Union. Still, this is the first sign that Xavier’s Krakoan Dream is crumbling. Ironically, the actions of the mutants themselves are driving the nations of the world to wage war on them. The solicit seems to imply that the X-Men will choose to make an example of Britain, given the cover shows Big Ben aflame. That would neatly explain why Betsy Braddock’s loyalties wind up so terribly divided.