Usually, the first hints of a movie that audiences get are its posters. Whether these are the final theatrical posters that are shipped to cinemas everywhere or digital wallpapers that fans can download for their own personal use, these posters give viewers a good guess of what’s to come. This is incredibly evident in blockbuster franchises, such as Michael Bay’s live-action Transformers movies (aka BayFormers).

With seven movies to its name to date, it goes without saying that the Transformers franchise produced a lot of posters that were released before and during their theatrical runs. While some were amazing, others failed to live up to the series’ reputation. Here are the posters of the Transformers movies ranked, from worst to best.

According to Transformers lore, the Autobots and Decepticons have been on Earth for a long time and have influenced history from the shadows. Bumblebee played a part in as well, fighting alongside the Allied forces in World War II as shown by this poster.

Ignoring the controversies that this alternate history caused, what makes this poster bad is the fact that the scene it is advertising barely makes up a minute of the movie. Bumblebee’s World War II escapades could’ve been deleted and it wouldn’t affect the final product. Giving it an entire poster seemed rather excessive, even by Transformers standards.

By the time of The Last Knight, it was clear the franchise was running out of steam. The fifth Transformers movie’s posters made this evident, as seen in how lazy the layouts looked. While not terrible, these posters were functional at best and just showed the characters standing around.

The posters with the human characters were the worst offenders, as they were just copy/pasted from one poster to the next. At the very least, Optimus Prime posing with his sword looked kind of cool but it looked more like the back of an action figure’s packing, not a movie poster.

The mediocre movie posters of The Last Knight were arguably just a continuation of the Age of Extinction, the Transformers movies’ soft reboot. While each poster had Optimus Prime in different poses with his sweet sword, Mark Wahlberg was noticeably copy/pasted on each poster.

These posters are so uninspired that all they do to spice things up is flip Mark’s image horizontally! The same applies to costars Nicola Peltz and Jack Reynor, who aren’t just flipped but seem weirdly disproportionate when placed beside Wahlberg and Optimus.

A staple in Bayhem would have Michael Bay’s main characters run towards the camera while something exploded in slow motion behind them. The IMAX poster for the second Transformers movie embodies this perfectly, only Shia LaBeouf and Megan Fox are running away from Autobots, not an explosion.

While this poster is notably easier on the eyes than the previous two, it still contains too much visual noise (where do Optimus and Bumblebee begin or end?) and the weirdly common trend of 2000s movie posters: An overreliance on teal and orange. With its color scheme and Bay-isms, this is without a doubt a very 2000s poster.

Say what you will about Dark of the Moon, but its main posters were some of the cleanest of the bunch. Compared to the previous examples, this one’s a lot easier to follow because there isn’t much clutter hogging the space.

This helps draw immediate attention to Shia, Rosie Huntington-Whiteley, and Optimus Prime. Furthermore, the wreckage in the background helps emphasize the movie’s stakes, which at the time really felt like the franchise’s finale. The banners showing a single Transformer (Optimus, Bumblebee, and Shockwave) were just as simple and effective.

#SocialMedia #Bad Boys 3's Shocking Death Explained: Why It Had to Happen #BB

Bumblebee may be the best-received of the live-action Transformers movies, but its main poster doesn’t reflect its quality. The poster is just a hurried collage of character still shots plus some scenery. Even worse, the color scheme is a return to the days of teal and orange; what year was this movie released in, 2005?

At the very least, looking at the Bumblebee poster doesn’t hurt our eyes. A relief on the eyeballs, however, doesn’t excuse its generic and lackluster execution.

Back when the idea of a live-action Transformers movie seemed impossible, the first official poster for the first movie was a sight to behold. The impossible was about to become a reality on July 4, 2007, and the poster’s mere existence was proof that this wasn’t just a fan’s hallucination.

Granted, the reliance on teal and orange is incredibly egregious here and the layout is a touch too simple for its own good, but this poster gets a pass thanks to nostalgia and them being the first of the series. While Transformers may have fallen out of grace, it’d be criminal to deny that these early posters sent the hype through the roof.

While The Last Knight may have some of the worst posters in the franchise, it paradoxically has some of the best as well. To hype up the then-upcoming movie, Paramount released these debut posters, which were a far cry from the previous Transformers posters.

Not only were they pleasant to look at, but they were creatively colorful and vibrant even by Transformers standards. Regardless of the final movie’s quality, we wouldn’t mind hanging these banners up on our walls. In a few words, these posters are pretty cool.

Bumblebee was praised for being the most heartfelt Transformers movie to date, thanks to the bond shared by Bumblebee and Charlie. This was perfectly teased with the prequel’s teaser posters, which showed the two main characters looking at the horizon.

The pair’s silhouettes in front of a sunset served as the perfect visual for a movie centered on an unlikely but sincere friendship between a girl and her robot. Everything Bumblebee promised to deliver was hinted at in these posters, and the prequel lived up to the hype.

Momentarily ignoring the negative reputation of the BayFormers franchise, it’s hard to deny that it has some pretty striking teaser posters. Many of these posters were just the Autobots and Decepticons’ insignia, a Transformer doing a pose, or – in one case – a giant robotic eye, and these were enough to get old and new Transformers fans excited.

The Transformers franchise is one of the most well-known properties to emerge from the ‘80s, and the live-action movies used this instant recognition to their advantage through these simple yet effective advertisements.

As a soft reboot, Age Of Extinction changed the Transformers’ status quo by having all of them – Autobot or Decepticon – be hunted by the Earth’s governments. To hype up this new world order, the movie’s promotions included unique in-universe propaganda that warned citizens to be wary of the Transformers.

Regardless of the fourth entry’s actual quality, these posters did a good job of world-building while also hinting at the soft reboot’s new direction that would last all the way to its immediate sequel, The Last Knight.

Ask long-time Transformers fans which movie is the best, the answer will almost always be the 1986 animated movie. The same goes for its poster, which is both nostalgic and visually perfect for the story it’s promoting.

Taking center stage is the new generation of Transformers who would take up the original characters’ mantles, while above them is none other than Unicron. The colorful scheme, the easily identifiable characters, and the looming threat are all clearly presented, hyping the animated epic that would go on to define (and traumatize) many ‘80s childhoods. 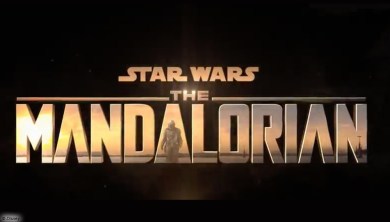 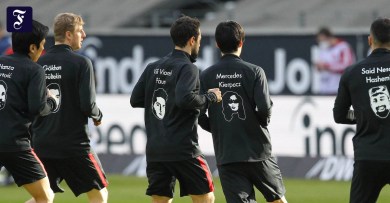 How your smartphone changed the world in last 10 years 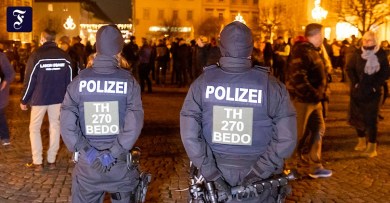