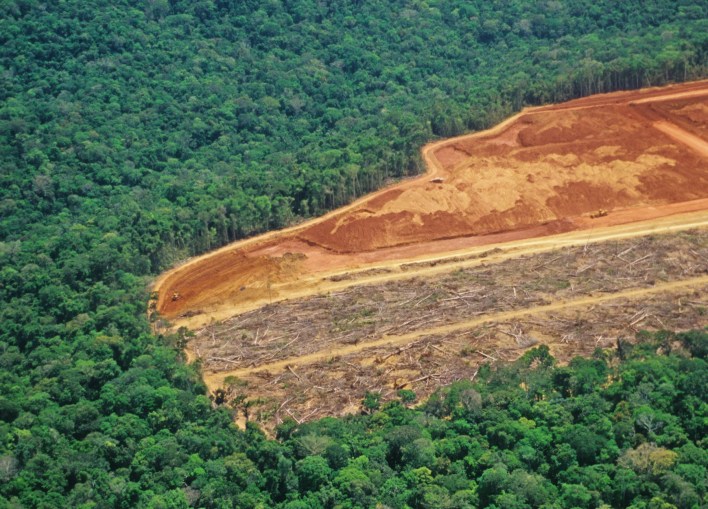 It rains in the Amazon because the trees want it to. There is plenty of moisture in the oceans that surround the continent, but there is also a hidden reservoir on the land feeding an invisible river that flows upward to the sky. The water held in the soil is lifted up by the bodies of the trees and lost through the surfaces of their leaves to the atmosphere. The local sky plumps with moisture, primed for the arrival of the seasonal rains driven by the annual back-and-forth march of the sun’s rays. As climate scientist Alex Hall puts it, the trees are co-conspiring with the sky to attract an earlier monsoon.

This is the decade we knew we were right. It began with the warmest year on record; it then broke that record at least five times. Carbon dioxide in the atmosphere reached levels unprecedented since humans were hominins. There were droughts and floods and brutal heat waves. Coral reefs turned white and gave up. Australia is in drought. The Amazon is on fire.

Rise of the Machines

Nothing is eternal and nothing is infinite. There were once forests in the Sahara—if not quite the Amazon, still lush and tropical, clustered around the largest freshwater lake on the planet. In geologic time, this was practically yesterday: less than ten thousand years ago. The lake is mostly gone now, vanished in the span of a few hundred years. In its place there is nothing but dust.

The changes now are different. We expected most of them, and they are occurring with a terrifying rapidity that is no more reassuring because it is easily understood. We have known that carbon dioxide traps heat for over a hundred years. We have known that we are changing the planet for decades now. There is no consolation in being right.

The climate always changes. It is dry in the Sahara because the planet wobbled slightly in its orbit, weakening the monsoon rains in the west of Africa. The plants sucked the moisture from the soil; it was not replaced. They died, and no more moisture entered the atmosphere: a vicious cycle of dying and drying that led to the dusty, depopulated desert we know today. This was climate change; it was likely not the fault of humans. But the existence of past climate change does not mean we are not responsible for it this time. There have always been gentle and natural deaths. This does not make murder impossible.

The decade began with lies and ended with evasions. Hackers, probably Russian, stole the emails of a few scientists and offered single sentences, taken wildly out of context, to an eager and credulous media. We heard both sides: the truth, and the not-truth, and were encouraged to draw our own conclusions. The temperature rose; physics was not watching the debate. We learned nothing from the experience.

The winds over the Sahara come from the East, dense, sinking forced sideways as the Earth rotates away underneath it. The dust is carried across the Atlantic, enlarging the beaches of the Caribbean, scattering low-angle sunlight into brilliant purple-orange sunsets, and landing gently on the forests of the Amazon. But the air over the Sahara has arrived from the tropics, rising and shedding its moisture on a journey toward the poles. When it can go no further, it cools and sinks. There are no deserts without the tropics.

Ocean Acidification Could Eat Away at Sharks’ Teeth and Scales

If you want to see the future of the Amazon, you must use physics and assumptions and know that you are almost certainly wrong. All models are wrong, but all climate models strive to be useful, to show a plausible future that may still be avoidable. If the future atmosphere is larded with even more carbon dioxide, the plants of the Amazon will not need to open the pores on their leaves quite so much to take in the gases they need. They will expel less water from these shrunken pores into the atmosphere. The trees will lose their ability to summon the monsoon. There will be fire and drought. Where there was once forest will be only dust.

Here is one thing worth remembering in the dark days of the northern mid-latitude winter. The rainforest is so lush that it cannot fertilize itself. Every nutrient is seized by the greedy vegetation, locked up in the bodies of plants before it can leach into the soil. But the forest is fertilized, given life by the dead lake in the Sahara. There is phosphorus in the lakebed, turned into dust and swept across the Atlantic by the prevailing winds.

From the old comes the new, a fragile phoenix borne upward from the tropics on the rising updrafts of thick convective cloud. The Amazon exists because the Sahara does, the desert is there because the tropics are here. None of this was ever going to stand alone.

Government will give 5G spectrum for trials to all operators: Telecom minister

How Do You Save an Endangered Tree from Extinction When You Can’t Save Its Seeds?