Violet Evergarden – Eternity and the Auto Memory Doll –, the last film completed by Kyoto Animation before the arson on July 18, will be getting a release in China, reports Beijing News via Sina Weibo. A new poster was shown off to commemorate the release with a brand new key visual of Violet and the new character Isabella York. 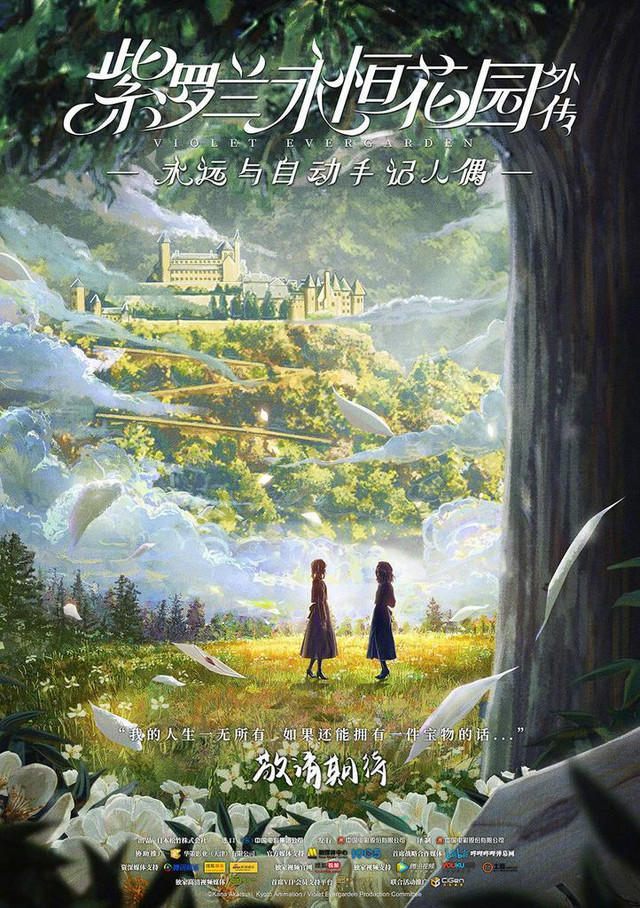 The report says the “film is being introduced to China,” but doesn’t say whether it’ll be a theatrical release or on just streaming platforms like Bilibili (which feature on the poster). If it does get a theatrical release, it’ll be the first Kyoto Animation film to be screening in the country in a proper theatrical run, which will push up the (already large) box office gross of the film. The film was supposed to only run for three weeks in Japan, yet it is still showing in certain cinemas around the country.

When Kyoto Animation was attacked, news of the incident was widely spread, trending on social media platforms in the country, reaching 320 million views on Sina Weibo alone.

Violet Evergarden – Eternity and the Auto Memory Doll – was released in Japanese theaters in September 2019 (we reviewed the film here), screened in Australia from Madman on December 5, and had its world premiere in Germany in August. No release date for China has been announced as of yet.

Uber co-founder Kalanick leaves board to focus on industrial kitchens