The Lord of the Rings is one of the most famous film franchises of all time and changed the way filmmakers told stories in general. The films‘ director, Peter Jackson, was a visionary who understood how the events should play out to keep the films cherishable and entertaining, but he’s not fully responsible for the franchise’s success – the dedicated cast and crew definitely shared the load, working hard to boost the film’s quality and accelerate its ascent to new cinematic heights.

The trilogy’s production was transformative on nearly everyone involved, as J. R. R. Tolkien’s most awe-inspiring creation remained a part of those involved long after work had come to an end. Here are some interesting facts that show just how in love the trilogy’s actors are with Lord of the Rings, and Middle-Earth in general.

Interestingly, some of the actors in the Lord of the Rings franchise have an „extra“ role or two, often overshadowed by the main role the actor is known for. For instance, John Rhys-Davies is famous as the actor who portrays the dwarf Gimli, but the casual viewer might not be able to catch that he also provides the voice for the roaring Ent known as Treebeard.

Like Rhys-Davies, Andy Serkis, whose portrayal of Smeagol/Gollum utilized groundbreaking technology and received worldwide acclaim, also lent his voice to multiple other characters, including the Witch-king of Angmar and two orcs.

Dominic Monaghan rose to prominence with his role as Meriadoc Brandybuck (Merry) in the Lord of The Rings franchise, and he continued to make appearances in film and television afterward. Perhaps the most famous of these subsequent roles was on the hit ABC television series Lost, in which he starred alongside actress Evangeline Lilly; at one point, there was a serious relationship going on between the two.

Interestingly enough, Lilly would go on to play the Woodland Elf Tauriel in The Hobbit franchise, sharing the screen with some of the same Middle-Earth actors Monaghan did – such as Ian McKellen and Orlando Bloom.

Monaghan wasn’t quite done with The Lord of the Rings, even after production wrapped on the original film trilogy. Thus, he went on to narrate an unofficial documentary detailing the history of J. R. R. Tolkien’s famed literary classic, from the inception of the idea to the eventual success of Peter Jackson’s films based on the work.

The finished product, which was entitled Ringers: Lord of the Fans, was released in 2005; it received several accolades, most notably winning the Newport Beach Film Festival prize for Outstanding Achievement in a Documentary.

Elijah Wood, the actor for Frodo in The Lord of the Rings trilogy, definitely enjoyed his involvement in the creation of a cinematic masterpiece, from experiencing scenic New Zealand to working alongside a devoted crew headlined by some true legends.

Wood was given two mementos by director Peter Jackson as the team prepared to leave New Zealand; a replica of the One Ring and Sting, the mystic sword Frodo wields in the film (canonically, it glows blue when orcs or other monsters are nearby).

Aragorn’s actor, Viggo Mortensen, is a huge fan of horses. For instance, he starred in the 2004 film Hidalgo, about a horse-race, and later adopted one of the horses that appeared in the film.

Since he did his own stunts in the Lord of the Rings franchise, Mortensen was able to bond with and eventually purchase two of the horses he rode in the films, Uraeus and Kenny. According to a book of his photography published in 2004, which he entitled The Horse is Good, he also bought the stallion that plays the Lady Arwen’s horse in The Fellowship of The Ring, gifting it to actress Liv Tyler’s stunt double, Jane Abbott.

Sean Astin’s main claim to fame is his role as Frodo Baggins‘ traveling companion Sam Gamgee in the Lord of the Rings franchise. However, he’s not the only member of the Astin family to appear in the films.

In the final scene in The Return of The King (which involves Sam returning home to his wife and children after saying goodbye to Frodo, who has departed for the Gray Havens), Sam’s daughter Eleanor is played by Astin’s real-life daughter Alexandra, who was seven years old at the time of the film’s release.

Billy Boyd plays Pippin, one of the three hobbits who accompany Frodo on his quest. In the Lord of the Rings franchise, his singing talents are showcased once or twice. For instance, in one memorable scene from The Return of The King, Pippin sings a song to Denethor, the steward of Gondor, as the latter eats cherry tomatoes, almost viciously, from a pewter dish.

Boyd got another chance to sing in the Middle-Earth franchise, albeit in a much different context – he performed „The Last Goodbye“ over the closing credits of the film The Hobbit: The Battle of the Five Armies, despite not appearing in the film.

Ian Holm is an acclaimed actor who has appeared in not one, but two adaptations of The Lord of the Rings. Of course, he’s well known for his role as the aging hobbit Bilbo Baggins in the commercially successful cinematic trilogy based off of the work. But nearly two decades before Peter Jackson’s vision for those films was even conceptualized, Holm appeared in a BBC Radio dramatization of Tolkien’s famous fantasy – as Bilbo’s nephew, Frodo Baggins.

Holm’s performance is amazing in both adaptations, and his rock-solid acting accentuates the emotions and ideals of both characters beyond their linear personalities.

Ian McKellen is a Hollywood legend who has become one of the Middle-Earth franchise’s most recognizable faces for his faultless performance as the wizard Gandalf. He’s participated in several charity events, and in one particular case, he harkened back to his Lord of the Rings stardom while hosting the „Only Make Believe on Broadway“ gala back in November 2013.

After running onstage, he revealed that he was wearing a pair of underpants emblazoned with his most famous line from Lord of the Rings, „You shall not pass!,“ next to an image of Gandalf. Later into the show, he lauded billionaire entrepreneur Alex Karp, CEO of Palantir Technologies – a software firm named after the crystal-ball-like device from the Middle-Earth universe –  for the company’s positive outreach.

In The Lord of The Rings, the nine members of the Fellowship share a bond that cannot be broken. As a way of celebrating this camaraderie, actor Dominic Monaghan insisted that each actor who played a member of the Fellowship get a tattoo of the word „nine“ written in the Elven Tengwar script somewhere on their body. John Rhys-Davies was the only one to opt out – his stunt double Brett Beattie bears the tattoo instead. Rhys-Davies is quoted as saying „Whenever there’s anything dangerous or that involves blood, I [send] my stunt double to do it.“

Director Peter Jackson has a Middle-Earth tattoo as well – it’s Tengwar for „ten.“

If you want to read more Like this articles, you can visit our Social Medya category. 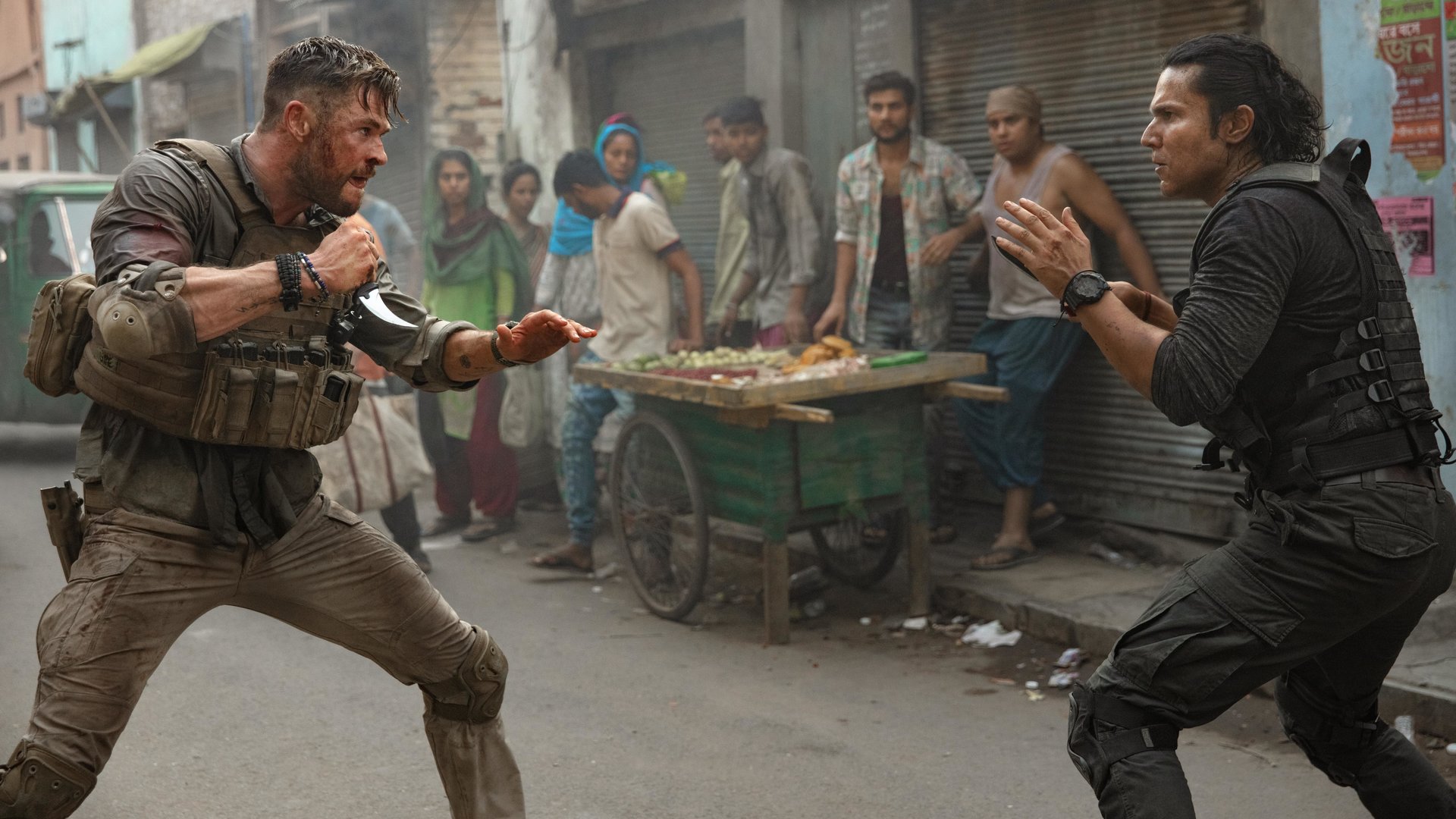 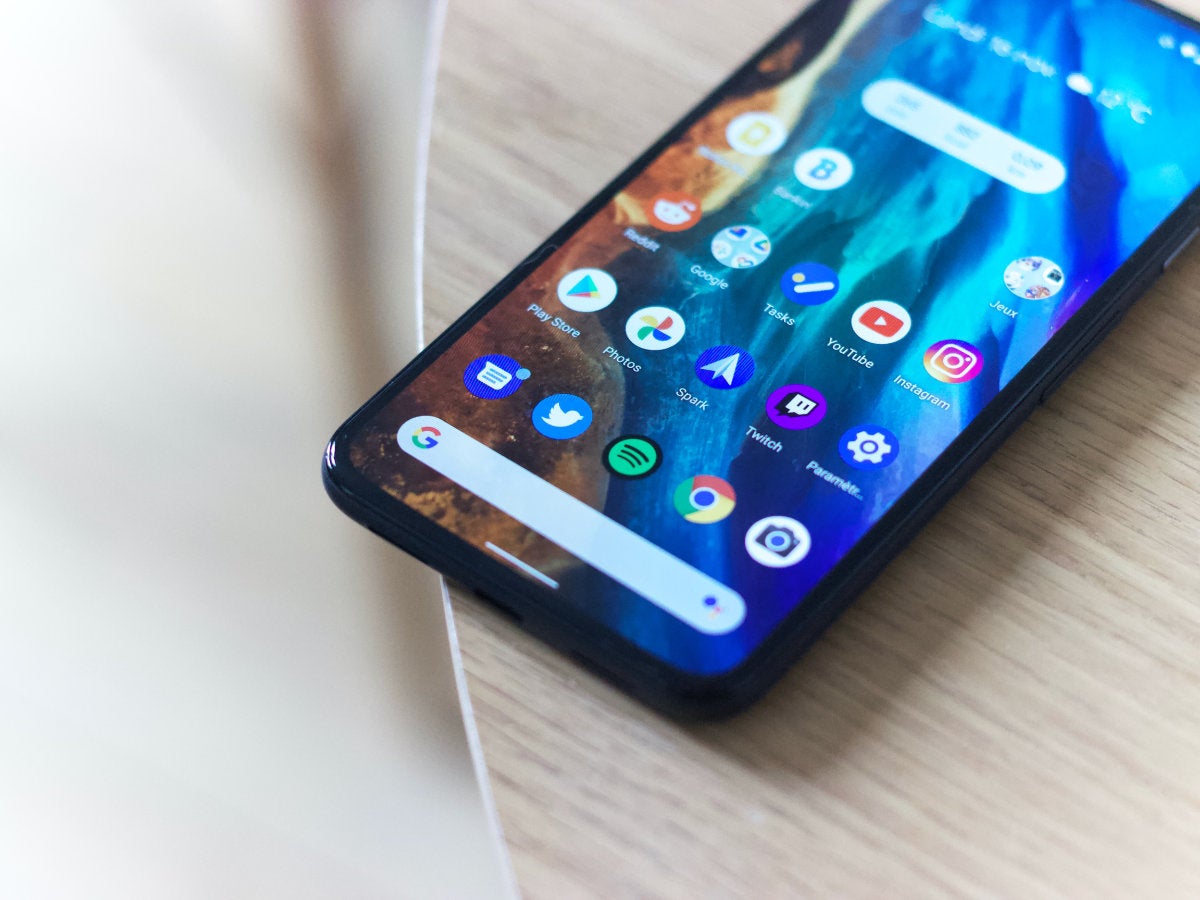