If you’re like us, there’s a good chance you grew up being surrounded by Christmas; even if you don’t celebrate the holiday, it’s pretty hard to escape the festive decorations, music, movies, and television specials that aired in the weeks leading up to the 25th of December. Classic specials like A Charlie Brown Christmas, Rankin Bass stop-motion animation such as Rudolph the Red Nosed Reindeer (and as an aside, our personal recommendation of the hard to find Life and Adventures of Santa Claus), and almost any popular cartoon character like Garfield, Scooby-Doo, Mickey Mouse, and even Shrek would grace our screens to get in on the festive action. Unfortunately, if you were also like us and a lifelong anime fan, you know that there aren’t really a lot of options when it comes to holiday themed specials to put on for the holidays. Thankfully, last year, we were gifted the greatest anime Christmas special of all: Neo Yokio: Pink Christmas!

Now, I know what you’re thinking: „Neo Yokio? REALLY?? The BEST Christmas special? How is that possible?!“ Well, we first need to contemplate the fact that there really aren’t very many anime Christmas specials to begin with. While anime like K-On!, The Melancholy of Haruhi Suzumiya, Toradora! and more have Christmas episodes, these are generally wrapped into the larger and culturally more important holiday of New Year’s Day. Further, Japan celebrates Christmas differently than most other places that celebrate it, with the focus of it being a romantic holiday between couples, and some light gift giving between friends, than any of the religious or cultural implications that America or other Western countries ascribe to the Winter holiday.

Basically, while Christmas episodes DO exist in anime, the focus of the holiday and the theming of the episodes is rarely actually ABOUT Christmas at all. Perhaps the best film of the bunch, Tokyo Godfathers, gets closest with its envisioning of the three main characters as modern Wisemen protecting a baby, but otherwise you’ll be hard pressed to hear Christmas carols, original songs, or other traditionally “Christmas” things in anime episodes.

Neo Yokio, however, has these in spades. From the very beginning, viewers can hear riffs of classic Christmas music playing throughout the special, the ambient sounds of the season filling the space as Kaz moves about the story. Characters debate ugly/gorgeous sweaters, stores are decked in garland and wreaths, and the holiday sights of Neo Yokio’s version of New York, such as Rockefeller Center, are presented in all their holiday glory. It would be hard to escape Christmas in Pink Christmas, as every scene seems to have some festive arrangement of decorations and music, and frankly that’s exactly what should be in a proper Christmas special: inescapable Holiday chotskies. From Rudolph and Frosty to A Muppet Family Christmas, Christmas specials are drenched in the holiday from head to toe.

Anime Christmas episodes tend to feature snow, Santa suits, and maybe a tree or some lights, but they never capture that magical mixture of Holiday warmth that comes from being surrounded by snowmen, reindeer, lights, red, green, and white, mistletoe, tinsel, and more. Even better, this extreme draping of holiday decorative cheer is key to Pink Christmas’ narrative points, making the overtly festive special even better for the way it incorporates everything.

For the unfamiliar, Neo Yokio is set in an alternative future version of Earth where Mecha Butlers and magic powers aren’t uncommon. The city is sometimes under siege from demonic entities, which rely on Magistocrats to defeat. Kaz Kaan, our pink haired, Jaden Smith-voiced protagonist, is the latest in a line of storied Magistocrats, who balances his familial job with general feelings of melancholy and clout chasing. Neo Yokio is a city in which the most eligible bachelors are ranked on a scoreboard, where Bergdorf Goodman is a way of life, and where money and consumption control everything. In its initial 6 episode season, Neo Yokio attempted to build a world for this concept, but left certain mysteries unanswered, especially where Demons, and Kaz’s powers, even come from.

One of the important aspects of the first season of Neo Yokio was Kaz’s growth, going from an unlikeable protagonist who is too focused on social position, comfort, and his own desires to see anything as it really is, but the season ends before that growth is ever really explored at all. Pink Christmas not only attempts to answer some of the mysteries of Neo Yokio’s overall plot, it also attempts to critique the modern sensibilities of what Christmas is really supposed to be “about,” and whether any of that really matters. Not only that, but the ending of Pink Christmas offers an interesting answer to whether Kaz Kaan has grown at all, offering a hint at what could have been if the show had continued past the movie.

Of course, Neo Yokio was initially fairly controversial when it came out, with many anime fans arguing that the show, produced and directed by Production I.G. and Studio Deen, didn’t qualify as an “anime,” despite its design pedigree. It’s fairly obvious that Neo Yokio isn’t just an anime, but one of the most original (and tragically cut short) anime of the ‘10s, taking on topics and ideas that are pretty hard to find in other anime shows. Neo Yokio is also filled with anime references, from the first season’s nod to Ranma ½ to Pink Christmas’ obvious Evangelion trappings (that Secret Santa scene is sublime, really). Neo Yokio is a show for the generation of fans who grew up as celebrities, athletes, and fashion houses turned to anime for inspiration, clout, or simply entertainment. It’s an anime that lovingly pokes fun at anime as much as it does everything else, but saves its true satirical barbs for cultural flaws. The characters of Neo Yokio are likeable in their unlikeable-ness, with Kaz and his crew being dismissive, uppity snobs, yet their obliviousness makes them somewhat endearing to the audience; this is doubly true in Pink Christmas, which ramps up how self-absorbed everyone in Kaz’s world is, lending weight to his decision at the end of the special.

Many holiday shows focus on Dickensian ideas: family, togetherness, kindness, the “true meaning of Christmas,” and characters that are lost in their attempts at finding meaning in the holiday. Neo Yokio’s cast aren’t really “lost”, because they never cared to be found in the first place; their Christmas is one of shopping, partying, social hobnobbing and who will give the best gift, solely to make themselves look good. Pink Christmas has more than a few Evangelion references in it, and the Secret Santa scene alone is worth the price of admission in this regard, but the creeping sense of dread about what the holiday really “means” is a key part of Pink Christmas that many other holiday stories don’t bother to engage with. The bite of Pink Christmas is what makes it truly special; instead of a heartwarming but somewhat empty tale of holiday cheer, it leaves the viewer with questions to think about after viewing, which in our opinion is a true hallmark of great storytelling.

It would perhaps even be possible to say that Pink Christmas succeeds at being the greatest anime Christmas special because it is potentially even better than the original series instead of a holiday cash in. It presents a compact, tight narrative that makes sense, doesn’t require knowledge of Neo Yokio season 1 (but rewards it), and combines its criticism of rampant capitalist consumer culture into a discussion about the Christmas season, topped off with a music and dance sequence, original songs, and an ending that really needs to be seen to be appreciated fully.

Unlike any Christmas Carol adaptation or Rudolph, Pink Christmas doesn’t try and offer solutions to the human condition or the “real meaning” of Christmas: it is just a sublime, funny, and biting comment about modern, Western Christmas wrapped in an absurd plot. In a lot of ways, the melancholy nature of Pink Christmas seems like an odd mirror to perhaps the special that started it all: A Charlie Brown Christmas, a special that similarly managed to weave together the charm and bite of the Peanuts comic with a discussion of modern concerns about Christmas and what the holiday really meant, if it meant anything. Pink Christmas is like the Lo-Fi Hip Hop remix of Charlie Brown’s Jazz beats, and this unique identity really makes it stand head and shoulders above the rest of anime when it comes to Christmas theme and spirit.

Neo Yokio really did get the raw end of the deal back in 2017, with numerous voices focusing too intently on whether or not it was “anime” enough to engage with or give the show a chance. Those who actually watched it were surprised by the interesting world and narrative, the sulky, unlikeable Kaz, and the offbeat comedy bits that wormed their way into our hearts. A year later, Pink Christmas returned to really knock the socks off of people who dismissed the original series, with narrator Charles making a few snappy jabs at overly critical responses during the special to boot. Sadly, as seems to be the trend with Netflix shows, the future of Neo Yokio seems grim; as there have been no word on any future developments, it seems safe to say that Neo Yokio truly ended with Pink Christmas, but thankfully we’ll always be able to watch it during the holidays (assuming it doesn’t get delisted). And, if it does eventually go away, you really owe it to yourself to have made sure that you were able to see the greatest anime Christmas special of all time. With that said, we hope you all have a great holiday season with your loved ones. Happy Holidays and Merry Christmas!

Is this your first time in Neo Yokio? What do you think the best Christmas special is? Let us know in the comments! 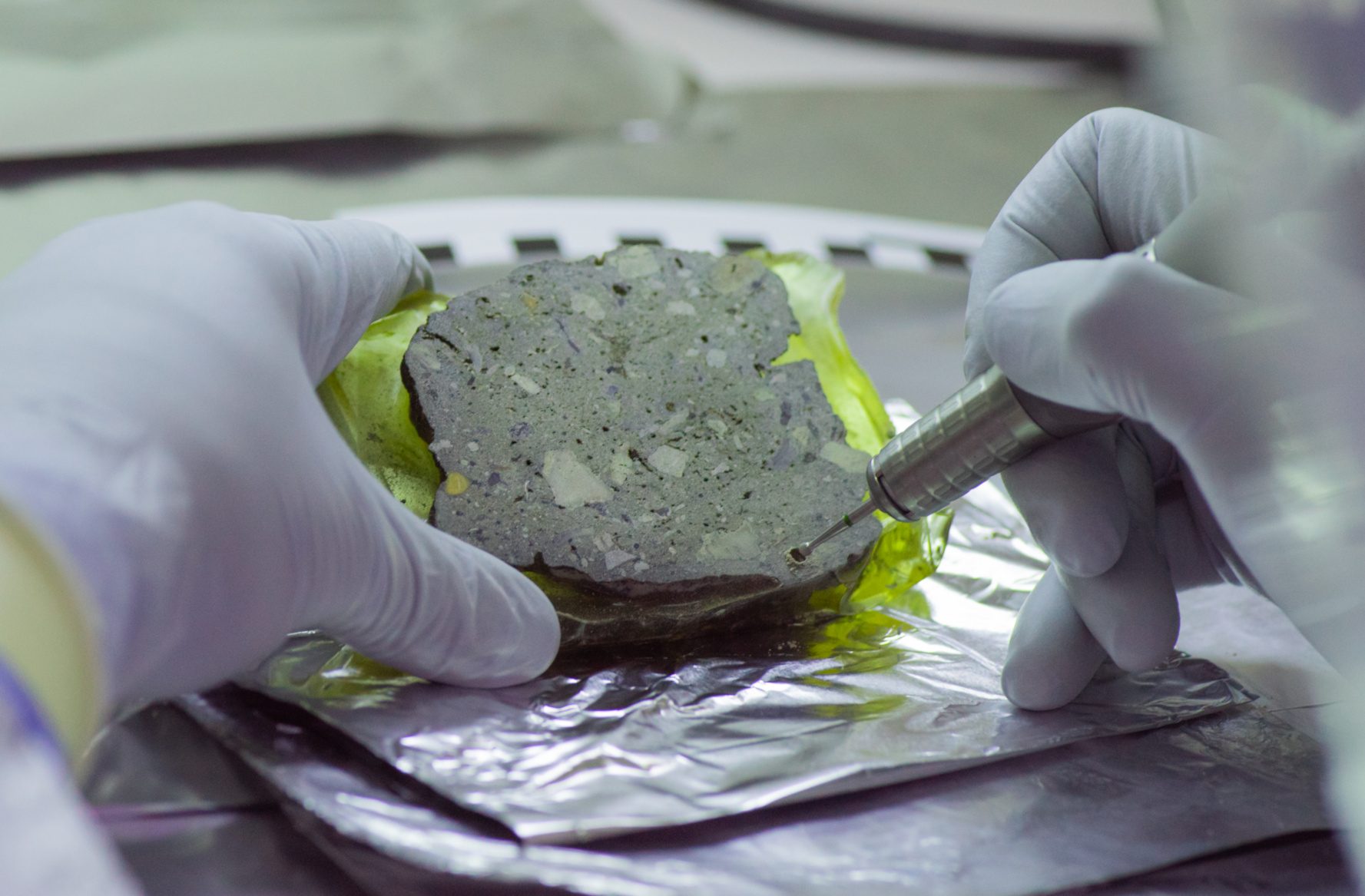 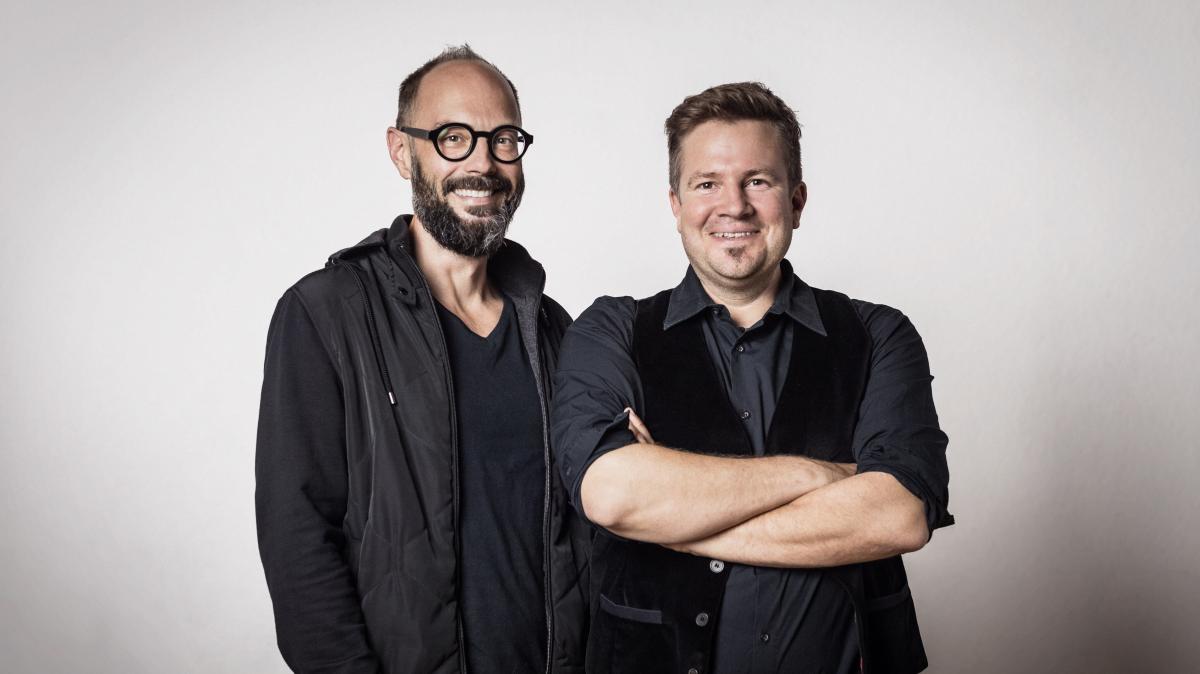