Chilling Adventures of Sabrina season 3 is on Netflix and it features a stellar set of new and returning cast members. The supernatural horror is based on the Archie Comics series of the same name by Roberto Aguirre-Sacasa (Riverdale), who is also at the helm of the TV series. The Chilling Adventures of Sabrina season 3 cast is led by actress Kiernan Shipka in the titular role of Sabrina Spellman.

Chilling Adventures of Sabrina first debuted in October 2018 and focused on the Sabrina just before she was about to turn 16 years old. Unlike a normal teenager, Sabrina was faced with the internal conflict of leaving her typical life behind to pledge her loyalty to the Dark Lord during a dark baptism. After joining the Church of Night like other members of her family, Sabrina was thrown into another world where she was allowed to fully embrace being a witch. Of course, that world unearthed many threats that plagued her life as well as the life of her mortal friends.

Chilling Adventures of Sabrina season 3, also referred to as part 3, follows Sabrina as she deals with the harrowing events that occurred after defeating her father, the Dark Lord, in the season 2 finale. Sabrina’s boyfriend, Nick, remains the human host after sacrificing himself to trap Lucifer. Nick is currently burning in hell and Sabrina is the only one who can save him so she calls upon her mortal friends for help. To make matters more complicated, the Dark Lord’s defeat means that nobody is controlling the throne so Sabrina must claim it in order to defend the title of the ruler from a dangerous figure. Here’s a breakdown of the Chilling Adventures of Sabrina season 3 cast and characters.

Kiernan Shipka portrays Sabrina Spellman, the titular character faced with being a half-mortal and half-witch. She lives with her aunts and cousin in Greendale but decides to pursue an education at the Academy of the Unseen Arts. Sabrina learned that she’s the daughter of the Dark Lord, Lucifer Morningstar, and after his defeat, she must deal with the fallout. Before joining the Netflix series, Shipka was best known for playing Sally Draper in Mad Men along with her roles in films such as The Blackcoat’s Daughter, The Silence, and Let It Snow.

Miranda Otto plays Zelda Spellman, a stern witch who strictly follows the rules of the Church of Night but often protects her fellow townspeople. Zelda and her younger sister Hilda are the primary guardians of Sabrina. The witch was secretly caring for Father Blackwood’s infant daughter for the child’s safety, but he has since taken back custody. Otto would be recognized for her portrayal of Eowyn in the Lord of the Rings trilogy as well as her time on Homeland and 24: Legacy.

Lucy Davis stars in the role of Sabrina’s second aunt, Hilda Spellman. Unlike her sister, Hilda is warm in nature with a more motherly persona. She helped her family and Sabrina’s friends thwart the Dark Lord’s plans to bring the „End Times.“ Hilda will be there to guide her niece as she claims the throne of the underworld. Viewers will know Davis from her time on the U.K. version of The Office, Shaun of the Dead, and Wonder Woman.

Chance Perdomo plays Ambrose Spellman, Sabrina’s pansexual cousin who was once sentenced to house arrest by the Witches Council for trying to blow up the Vatican. Ambrose is Sabrina’s partner-in-crime and a highly-skilled warlock. He’s taken a liking to Prudence Blackwood and the two will look to team-up on a special mission. Before Chilling Adventures of Sabrina served as his breakout role, Perdomo appeared in Hetty Feather, Killed by My Debt, and Midsomer Murders.

Ross Lynch stars as Harvey Kinkle, the ex-boyfriend of Sabrina who remains a close friend and ally. Harvey is now dating Roz and is heavily involved in assisting Sabrina with her conflicts within the dark realms. He will continue helping his friend in one of the most dangerous missions yet. Lynch rose to fame as the lead vocalist in the band R5 in addition to his acting roles in Austin & Ally, Teen Beach Movie, and My Friend Dahmer.

Jaz Sinclair plays the role of Sabrina’s friend, Rosalind Walker, who goes by Roz. After losing her sight for a brief time, Roz realized that the women in her family have the power to see visions before learning that Sabrina is a witch. Roz is currently dating Harvey and is Theo’s closest friend and confidant. Sinclair’s other work includes the films Paper Towns, When the Bough Breaks, Slender Man, and TV shows like Rizzoli & Isles and The Vampire Diaries.

Lachlan Watson portrays Theo Putman, the transgender friend of Sabrina and Roz who once went by the birth name of Susie. After discovering Sabrina’s secret, Theo continued his support and assists in taking down the Dark Lord. Theo makes up „The Fright Club“ along with Harvey and Roz and the trio will heavily assist Sabrina in her next journey. Watson previously worked Drop Dead Diva and Nashville while also appearing in Netflix’s What I Wish You Knew: About Being Nonbinary, discussing gender identity as a non-binary actor.

Tati Gabrielle plays Prudence Blackwood, the leader of the Weird Sisters and a witch that turned out to be the illegitimate daughter of Faustus Blackwood. After the despicable acts at the hands of her father, Prudence aligned with the Spellmans. Prudence will join Ambrose in hunting down Father Blackwood after killing a large portion of the coven. Aside from portraying Prudence, Gabrielle is best known for playing Gaia on The 100.

Michelle Gomez portrayed the innocent Baxter High teacher Mary Wardwell before the figure was taken over by Lilith. After failing to corrupt Sabrina and realizing that the Dark Lord won’t make her the Queen of Hell, Madam Satan forced the Dark Lord into Nick Scratch’s body. While Madam Satan keeps an eye on Nick in hell, the real Ms. Wardwell has returned. Viewers would best recognize Gomez from her time on The Book Group, Green Wing, and Doctor Who.

Gavin Leatherwood stars as Nick Scratch, Sabrina’s boyfriend who she first met while attending the Academy of the Unseen Arts. Nick sacrificed his body as the host for the Dark Lord and is currently trapped in hell under the watch of Madam Satan until Sabrina and her friends find a way to rescue him. Leatherwood previously appeared in NCIS, Grown-ish, and My Dead Ex.

Richard Coyle as Father Faustus Blackwood: The creator of the Church of Judas who poisoned the majority of the coven before fleeing with his infant twins. Coyle has a long history acting in TV and film, with work in Coupling, The Whistleblowers, and Prince of Persia: The Sands of Time.

Abigail Cowen as Dorcas: One of the Weird Sisters and Sabrina’s classmates at the Academy of the Unseen Arts. Cowen recently had roles in Stranger Things, Wisdom of the Crowd, and The Fosters.

Adeline Rudolph as Agatha: The remaining member of the Weird Sisters and fellow classmate of Sabrina, Nick, Prudence, and Dorcas. Rudolph’s role in Chilling Adventures of Sabrina marks the actress‘ first acting gig.

Jedidiah Goodacre as Dorian Gray: A warlock who owns Dorian’s Gray Room, an exclusive nightclub for fellow warlocks. Goodacre has previously worked on The 100, Supernatural, The Originals, The Order, and the Descendants trilogy.

Luke Cook as Lucifer Morningstar: The Dark Lord’s human form when he encounters his daughter Sabrina. Cook recently appeared in The Candidate, Guardians of the Galaxy Vol. 2, How to Get Away with Murder in addition to voicing a character in Star Wars Jedi: Fallen Order.

Skye P. Marshall as Mambo Marie: A voodoo priestess who assists Ambrose and Prudence in hunting Father Blackwood but may have her own motives when it comes to the coven. Marshall has worked on a number of hit series such as Grey’s Anatomy, NCIS, Black Lightning, 9-1-1, and This Is Us.

Sam Corlett as Caliban: A handsome young man and so-called Prince of Hell who was said to be sculpted from clay and plans to challenge Sabrina for the throne. Corlett last worked on the short films Pretty Face and Noah.

Jonathan Whitesell as Robin: An elfish young man who comes to Greendale with the traveling carnival and quickly develops feelings for Theo. Before joining Chilling Adventures of Sabrina season 3, Whitesell appeared on The 100, Beyond, Riverdale, and the film Bad Times at the El Royale. 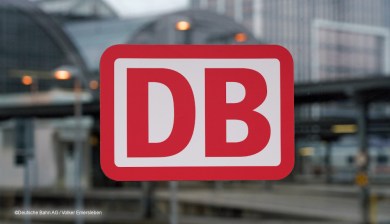 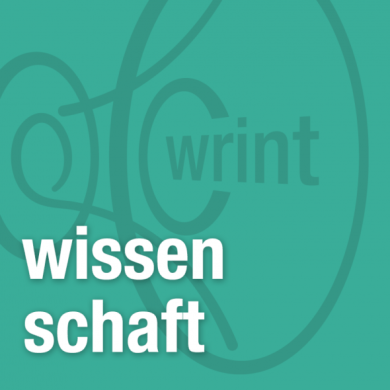 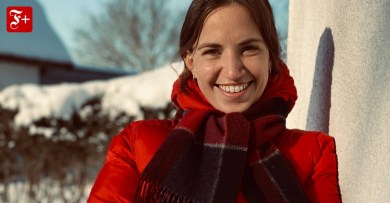