„Journey to the Savage Planet Review: Beautiful and Hilarious“

Journey to the Savage Planet is a visually beautiful and extremely satisfying game, despite its short length. Exploring the colorful alien world can give players a refreshing adventure that few games are capable of reproducing. The cute and dangerous creatures that populate the game’s world feel fully realized and properly hazardous obstacles in the player’s exploration. While the game could use a few bug fixes and the boss battles can be frustrating, the game feels very polished and innovative.

Journey to the Savage Planet doesn’t have much in the way of a traditional storyline. The player begins as the newest recruit to the Kindred Aerospace company which specializes in interstellar exploration, and the protagonist has been picked to travel to an uncharted planet named AR-Y 25. The very loose goal of the game is that you are supposed to catalog any creatures or plant life that is encountered and determine if the planet is fit for human habitation. This plan very quickly goes awry as the character and their employer begin to suspect that you are not alone on this planet. The protagonist is a silent stand-in for the player, which perfectly allows for players to immerse themselves in the world as easily as possible.

Visually the Journey to the Savage Planet is absolutely stunning. The separate biomes and areas that players can explore are extremely diverse and full of color. The first biome that is encountered begins as a frozen tundra populated by small cute little creatures. As the player continues to explore, this biome begins to open up into other environments, including a forest, a mountaintop, and even a lava covered cave. It becomes absolutely marvelous to see the details and colors that have been packed into each area. The music and sound effects are enjoyable as well, particularly the music that the game switches to when players engage in combat.

One of the best aspects of Journey to the Savage Planet is the humor surrounding it. The company that the protagonist works for is constantly bombarding them with ads for things like “The Meat Buddy” and a sex hotline for sentient goo creatures. Most of the humor in Journey to the Savage Planet comes from the main character’s AI assistant EKO that accompanies players throughout the game. EKO assaults the player with witty one liners that mock everything from how much they die, to the fact that EKO believes you to be incompetent. EKO is very similar in fact to GLaDos from the Portal franchise in that she finds a way to be mean and funny simultaneously.

The gameplay mechanics seem to have taken inspirations from quite a few different video game franchises. The concept of space exploration is actually has a lot in common with No Man’s Sky, but Journey to the Savage Planet is much more contained and better polished. There is no planet hopping feature, but traveling to new biomes does feel like traveling to completely new worlds. There are also quite a few Metroidvania style mechanics at play as well. The entire map is open to players from the beginning, but in order to access new areas certain items must be build first. The two earliest items that characters will craft are the grappling hook-like “Proton Tether” and the “Jump Thrusters”. These items will allow players to explore the environment much more effectively and access harder to reach areas of the map.

For an exploration game Journey to the Savage Planet actually has a very large emphasis on combat. At first look it seems as though the shooting aspect would be a secondary portion of gameplay, but as the game progresses combat becomes highly integral to the journey. The combat mechanics of the game are surprisingly tight and fun to use. Punching and kicking enemies is the first thing that players are able to do. It is ridiculously fun to see enemies fly through the air from a well-aimed slap or kick and players will wind up doing it over and over again just to see the ridiculous results. In the first hour of the game players will also unlock the “Nomad Pistol” that enables adventurers to shoot enemies. Shooting quickly becomes a very important aspect of the game, particularly when it comes to mini-bosses and bosses. These special enemies all have large glowing weak points that the player is required to shoot at with the pistol in order to cause damage. These fights prioritize dodging, jumping, and shooting in tandem to bring the enemies down.

The bosses do contribute to one of the few issues with the game: the difficulty spikes. Most of the time Journey to the Savage Planet is fairly easy and relaxing as you explore the planet’s surroundings. Boss battles though are intense and require quick reflexes on the part of the player. These fights typically feature the boss flinging projectiles that must be dodged while shooting at those large glowing weakpoints. Fighting these bosses sometimes can feel almost like a bullethell shooter. While difficulty is not necessarily a problem, the difference between the relative calmness of the rest of the game and the difficulty of the bosses is quite odd. In fact sometimes it feels as though there are two separate games inside Journey to the Savage Planet: A quirky space exploration sim and an intense sci-fi shooter. The last boss fight in particular really does feel as though it was lifted from a completely different game because of the large increase in difficulty.

There are a few bugs in Journey to the Savage Planet that will hopefully be ironed out soon. Whenever your character dies while out exploring all of your loot is dropped in the place where they died. This normally makes it very easy to run back out to retrieve the materials that have been dropped. Occasionally though the loot can drop through the map and cannot be recovered. The biggest concern with this is that the game continues to mark the loot on your compass despite the player not being able to collect it anymore. This is nothing more than a minor annoyance, but a concern all the same. Another bug is much larger and game breaking though. During a specific quest the player is tasked with climbing a tower that is slowing filling with lava. This task is already slightly difficult and requires a firm grasp of the game’s platforming mechanics. The problem is that occasionally the lava will continue to rise even once the player reaches the top of the tower. This will instantly kill the player and stop them from completing the quest. In fact once this bug is encountered it will continue to keep happening no matter how many times the player attempts to climb the tower. This bug is particularly frustrating because some players may not even recognize it as a bug. Some may assume that they just aren’t playing the game correctly. Luckily though every bug that was encountered seems to go away if the game is restarted.

The multiplayer aspect of the game was sadly not able to be accessed for the purposes of this review. While the multiplayer mode was operational during the pre-release, there was sadly not enough people on the servers to play it. The game does support two-player co-op though, but only through online servers. At the moment there is currently no option for local multiplayer.

Ultimately, Journey to The Savage Planet is one of the most interesting and unique indie games to be released in a very long time. The game manages to blend together several different kinds of gameplay mechanics in a way that mostly makes sense. Even when the game gets slightly frustrating, it is still impossible not to marvel at the beautiful and hilarious world that Typhoon Games has created. The run time of the game is relatively short at roughly 10 hours of gameplay in the main storyline, but the game feels complete. Those 10 hours are captivating and interesting for the entirety of its run. Not to mention the plethora of side activities there are to accomplish. There is something immensely charming about the entire experience that makes it impossible to stop playing. It’s even more impossible to play without a huge smile on your face. Despite any issues that Journey to the Savage Planet has, it will probably wind up becoming one of the best indie games of the year. Anyone who enjoys space exploration or witty humor should pick the game up immediately.

Journey to The Savage Planet releases January 28, 2020 for PC, PlayStation 4, and Xbox One. A PS4 code was provided for the purposes of this review. 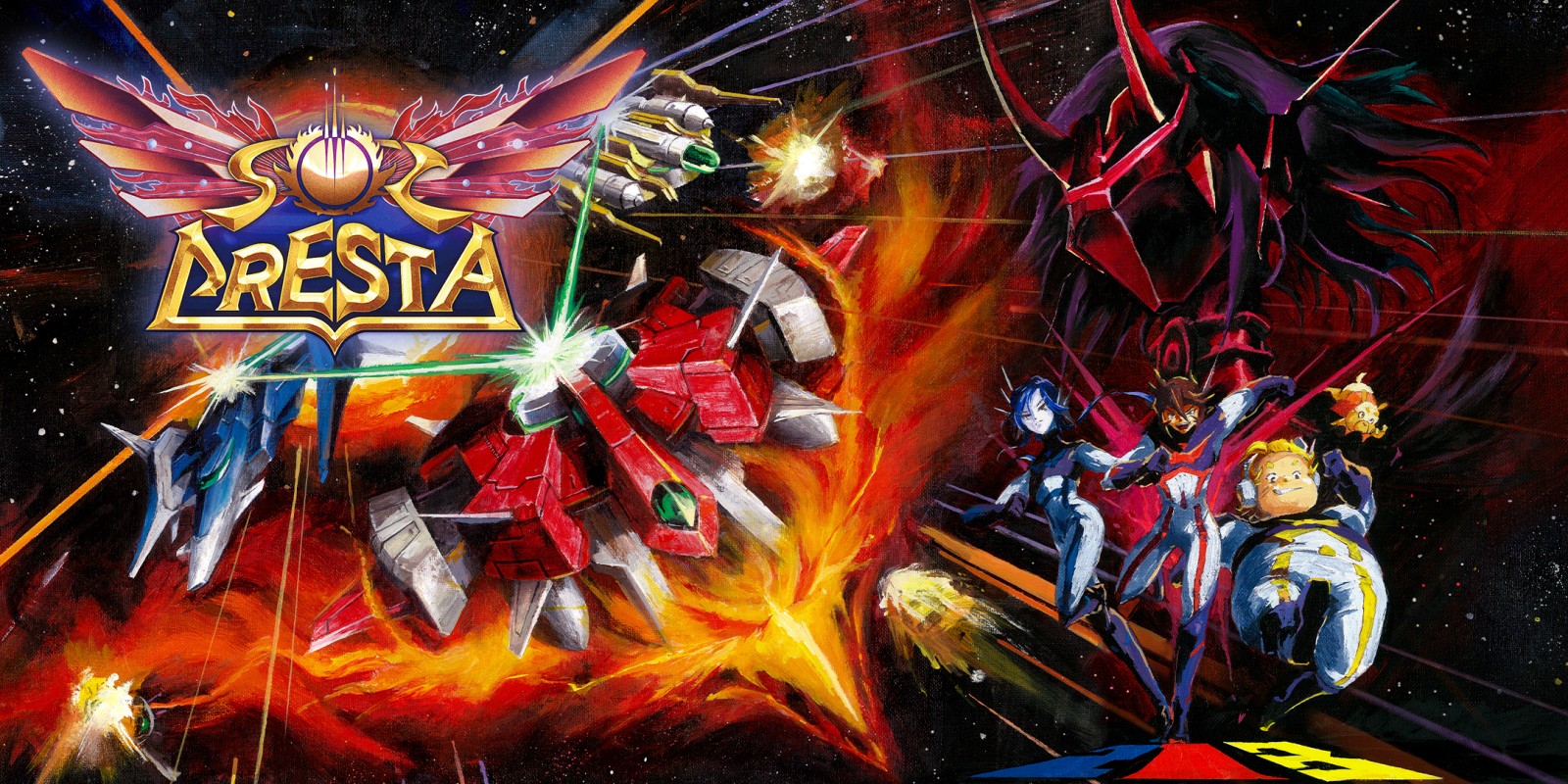