Upcoming horror film The Invisible Man, loosely based on the book of the same name by H.G. Wells, has received an R rating for violence and language. The original story follows a man named Griffin, who experiments with making himself invisible. He is successful but can’t reverse the process. Continuing in this state, he grows more isolated and mentally unstable, turning to violence. From what we’ve seen so far, the new film will be taking a new, more modern approach. The focus of the film won’t be on the man who turns invisible, but his ex, who desperately tries to escape his abuse, only to be tormented by an invisible foe. When no one believes her tales of an enemy no one can see, her sanity is tested. She must hold herself together to save her own life and protect the people she loves.

Elisabeth Moss, known for her roles in The Handmaid’s Tale and Mad Men, plays the lead, a woman named Cecilia Kass. Her invisible tormentor is played by Oliver Jackson-Cohen, who had a breakout role last year as Luke Crain in Netflix’s hit horror series The Haunting of Hill House. The cast is filled out by Aldis Hodge (Hidden Figures) and Storm Reid (A Wrinkle in Time). The film is directed by Leigh Whannell, a relative newcomer, who has previously directed Insidious: Chapter 3, and 2018’s hit sci-fi horror film Upgrade. It’s a Blumhouse Productions film, to be distributed by Universal Pictures.

Bloody Disgusting reports that The Invisible Man has officially been given an R rating for “some strong bloody violence, and language.” This isn’t a surprise, as the trailer hints at a lot of intense violence, akin to what Whannell produced in Upgrade. Along with that, the plot of the film focuses heavily on domestic abuse, and with an R rating, Whannell has more freedom to highlight the real-life horrors of abuse in relationships through science-fiction and horror. The film will be released on February 28th, 2020.

While The Mummy’s failure has indefinitely halted the original Dark Universe plans, Universal has a few one-off films still solidly in development to follow The Invisible Man. One of these is Charlie’s Angels director Elizabeth Bank’s The Invisible Woman. She is set to both direct and star in the film, based on the 1940 film, about a model who becomes invisible after volunteering as a test subject. Another recently announced project will be all about Dracula’s henchman, R.M. Renfield, to be directed by Rocketman’s Dexter Fletcher.

After failing to create a Dark Universe featuring all the classic horror characters, Universal Pictures seems to be putting more attention into making each singular film compelling and successful without wasting time trying to connect it with other films. But there’s still potential for a Dark Universe to work, with Blumhouse Productions leading the charge. Jason Blum has stated that he is interested in attempting this, and this may be his chance. Either way, The Invisible Man feels like the start of something great. Horror has quickly become a genre successfully utilized to reflect deeper social issues, like in Get Out and Midsommar, and The Invisible Man seems to be following in their footsteps. With such a great cast and story, we hope that the upcoming horror film lives up to its potential.

Keep Your Hands Off Eizouken! Is a Love Letter to Anime 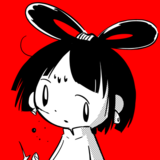