The Lion King grossed over $1.5 billion, quickly becoming a global sensation in the era of Disney remakes. Aside from the original story being a much-beloved classic, much of that success was due to the painstaking photorealism crafted by the award-winning animation and VFX team behind The Jungle Book. VFX Supervisors Rob Legato, Elliot Newman and Andy Jones shared some of their virtual journey to the Sahara with Screen Rant at a recent press day.

There’s a lot of debate on the internet about whether The Lion King is considered a live action or an animated film. Where do you stand?

Rob Legato: My take on it is that the intention of the film was to make it a live action-looking film and photoreal. So, for all intents and purposes, if you didn’t know how we did it and tried to describe it to another person: what kind of movie is it? You wouldn’t necessarily say it’s an animated movie because it doesn’t look like one; it doesn’t act like one. It looks like a live movie that we could have photographed conventionally.

My point of view is that the name is misleading: animation. That’s what was used to create the performances, but it wasn’t used to create the style of it. The style was a live action film that realistically depicted animal motion, real gravity, real weight, real bulk, all that stuff. And everything else that followed suit, including the improv of the actors and all that stuff, was meant to make a film that could only be described as a live action movie.

I actually went to the set visit for Lion King, and it was unlike any other set visit that I had ever been to, because it was essentially a room that was less than this size with just a few cameras. But then we put on these VR headsets, and it was something I had never experienced in my life. Can you talk to me about the process of crafting a film on that scale? Because I believe Jon Favreau stated that this technology was developed for the film and is now being used for other things.

Rob Legato: What we did before, to be real honest about it, was we had a version of the game engine from Avatar on. And actually, I did have a movie called Aviator, in which we used the same motion builder software, which is essentially a game engine that sees live input in real time. But we’re limited to the portal of the camera, so you can only see what the camera sees [in the world that you’re in].

In VR, you can be in the environment that you otherwise previously created, and then walk around and feel it and get a sense of it. Say, „Now that I see it, I want to make a slight adjustment like this.“ I keep on moving around; move a little bit that way and this way, and all of a sudden you get exactly what you get for real.

That was essentially the innovation. It was an extension of what we’ve done before, just using the modern game engines and the new headsets and all the various things to our advantage. It’s what we were missing, and it’s really great for actors too. If we had some of the scenes mounted, the actors could put on the goggles and they could see the other characters there. They would literally look at them and see you, and it creates much more verisimilitude for actors, for cameramen, for the director and for the production designers. All that stuff.

So, it was tag-teaming on the technology and forcing it into being in order to make a better movie.

When you know that you’re doing a film like The Lion King, what’s the first challenge that you process?

But at any one point, if the characters felt animated, I think we would be breaking the rules we were trying to set up. So, we really tasked the animators to be very specific about how much detail we can put in the animals to make them physically feel real and give this performance and hit the marks and deliver the lines.

I think we had the most moment with Timon and Pumba, because we could push them further and take them into a different era of comedy. Seth and Billy brought a lot to those characters that we were able to dive into. Animators loved trying to find funny moments with the way real meerkats move, and then meld that with the actors‘ comic timing.

Elliot Newman: I think for me, the thing that was new about this was that there was no live action plates. In a traditional show, you’d have a have a plate and you’d match it with that and track the camera.

On this one, we’ve got to produce not only The Lion King, but every pixel in the movie was digitally created and rendered; the characters, backgrounds and foregrounds, as well as the effects. So, the scope of that was pretty huge. The extent of it was the biggest thing for us.

This is unlike a lot of other movies, since you guys are doing the effects and the shootings all at the same time. Can you talk to me about how that intensified your jobs a little bit, because now you’re actually involved in the process of shooting the movie?

Elliot Newman: It really reduced the fact that you’ve got the shoot aspect and you’ve gonna the post aspect. The whole thing felt a lot more cohesive. It could be that once Andy was done refining the animation of a particular character during the shoot, we’d reshoot that because now we have a better finished product. We might actually decide to shoot it slightly differently, or we’d follow the action slightly differently, so we go back to the stage.

It kind of brought the realms together. You have the ability to make those choices as a reaction on the shoot, but also have the flexibility to make those choices later if you needed to and vice versa. There weren’t those traditional constraints on moviemaking, where you make that decision on the day and you’ve got a plate to match to. It might not be the perfect thing, but you’re constrained to it. Everything was open in that respect.

Does that make things easier or harder?

Elliot Newman: I think, from a filmmaking point of view, it’s a better thing because it gives you the ability to evolve. We’re always looking at the medium and deciding what’s the best creative choice. Editing is part of a chain, right? It’s always an evolution. Obviously, you’ve still got a schedule to adhere to. Certain things have to stay within the constraints.

Rob Legato: And sometimes you do need to make those decisions to make the next part, based on this, work. You hope that the initial thing that’s causing the cascade effect is the correct one. But you can’t leave everything to later. At some point, you have to start committing to a style or feeling a tone.

And the hard part for these types of movies is that you can’t shoot it all, and then edit it all and go back to reshoot a little bit later. You have to be turning over scenes, and there’s a big financial impact to releasing a scene to be finished and then change your mind about how it looks.

In a live action film, you get to cheat a little bit. And here you don’t; you can’t see the whole movie and go, „Let me rearrange the deck chairs.“ You’re sort of hoping that when all the puzzle pieces come back together again, you made the film that you wanted to make.

The first footage of The Lion King was shown at D23 a few years ago. What was going through your head knowing that was the first time an audience would see live action footage of the film?

Andy Jones: It was a lot of pressure. I remember, when we talked about that being the piece, it was quite daunting. Because every shot is different, and there’s so much in a minute and a half. There wasn’t any specific area or environment that you’re focused on. Every single shot had its own look.

Rob Legato: We really didn’t want to be prejudged on the temporary version of what you’re doing, and for someone to say, „Oh, I don’t like aesthetic of the movie.“ When, in fact, it would have been good if you had seen the good version of it, and you would have liked if you had seen that version. That was the kind of bizarre pressure that we put on ourselves.

And then we were told, of course, that no one would ever see it except the limited audience. And that was not true – you sort of know that’s not true. You write something on the internet, and someone’s going to see it somewhere, even though it’s a private exchange. But that was the pressure of knowing we could make it good, but we needed the time to make it good. Do you release something too soon?

But it got such a favorable reaction, and so did the trailer. 240 million people viewed the trailer, so at least it got a good response.

Is there anything you learned on The Lion King, whether it be a technique or piece of technology, that is going to make your jobs easier for the future?

Rob Legato: Part of the thing is that, once you know you can achieve it, you don’t have to prove a point anymore. You can say, „We can pull this off. This is the best way of doing this.“ And now you have a little more of a carte blanche to do it, because it’s not like, „I don’t know if that will actually work.“ Now you know it will work, you just have to choose to do it.

And for us, I think the talent of the people you work with is really what makes it sing. You could use the same mechanism, the same device, the same software; but it’s really the maestros that operate it who make the movie into the movie. That’s even more important now than it used to be.

Andy Jones: I can’t really expand on that. I just totally agree that there’s a big tool set now available to all filmmakers, but you gotta have the right people. It’s all about the people involved. 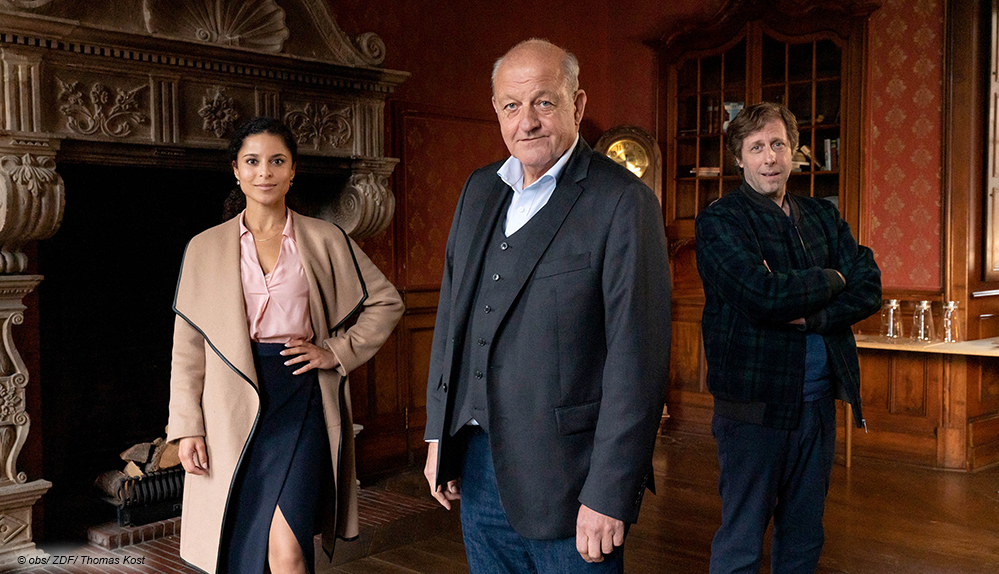