The number one rule of comedy is quite simple really: Don’t punch down. Never punch down. In real life, this would mean crafting jokes wherein the punchline is aimed at someone with money or power rather than a marginalized group. Maybe this is why anime villains make such great memes. They’re safe to poke fun at, completely guilt-free. Or maybe it’s just that these characters are so hilariously over-the-top we can’t help but love them.

Real villains don’t need empty threats. Mobile Suit Zeta Gundam’s Char Aznable’s response to the question „Why are you here?“ has major BDE. And that’s what makes it such a great meme. This iteration depicts Char reveling the joys of evil laughter with a handful of baddies across all forms of animation, from Batman: The Animated Series to My Little Pony. You know what they say: Laughter is contagious!

Look, if you’re going to be an anime villain, you go big or go home. Death Note’s Light Yagami is certainly not going home any time soon. Everything Light does is over-the-top. E V E R Y T H I N G. The boy can’t even eat a potato chip without a full exposition monologue and epic music blaring. And we love him for it.

What’s the fun in a villain that doesn’t make us at least scared for our heroes‘ safety? So, when you have heroes with the ability to level up and change form, it’s only fair the villain gets to do the same. Of course, the villain is going to be totally cocky about it. Frieza’s flippant warning to his Dragon Ball foes captured the internet’s attention, spawning countless imitations and at least one spray-painted trash can.

In-universe, there aren’t likely to be a lot of people (other than the odd henchman) willing to toot the villain’s horn. Sometimes if you want your evil accomplishments acknowledged, you have to do it yourself. When JoJo’s Bizarre Adventure‚s Dio Brando celebrated his own evil deeds—tricking Erina into kissing him (gross)—fans immediately recognized it for the hilarious meme fodder it is.

Here’s more of that over-the-top drama we’ve become so accustomed to seeing from our favorite baddies. Kaiba was so certain he had what it took to take down his archnemesis Yugi Moto in Yu-Gi-Oh! Duel Monsters. When Kaiba confidently unveils his „Big Move“ and is immediately shut down by Yugi’s Exodia, his reaction is definitely…memorable. You would think this was an actual war rather than a simple card game. But the unnecessary drama is exactly what makes this meme so much fun.

The staying power of Vegeta’s most popular meme is over 9,000. When Goku returns in Dragon Ball Z, better and stronger than ever, Vegeta couldn’t help but notice. And he wasn’t exactly prepared for his rival’s newfound strength. When he incredulously noted Goku’s status we all knew he had just created a meme that would be useful in so many different ways. The uses are seemingly endless, just Goku’s power levels.

You would think a flamboyant tag team of greedy Pokémon thieves with pink and purple hair and the world’s only self-taught talking Meowth would be easy to spot from 30 miles away. But everyone in this franchise is apparently suffering from whatever face-blindness affliction has Superman’s coworkers under its thumb because it only takes a hat or wacky mustache to throw off Ash and the gang…and to fuel a thousand memes.

What’s your favorite anime villain meme? Any we missed? Let us know in the comments! 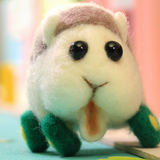