A mind-bending new trailer has been published for ID: INVADED, an upcoming original virtual reality murder mystery TV anime in which an imprisoned detective dives into the psyches of killers in order to solve crimes.

Funimation licenses ID: INVADED for distribution in the United States, and describes the story of the series as follows:

Sakaido is a genius detective who can track down any criminal. But when his daughter is murdered, revenge lands him on the other side of the law. Now in prison, he helps the police solve mysteries using a system that invades a person’s identity. Little by little, a trail of blood forms, and it all leads back to his daughter’s murderer.

ID: INVADED is directed by Ei Aoki (Re:Creators, Hourou Musuko Wandering Son) and features animation production by NAZ. The series will broadcast in Japan on Tokyo MX, KBS Kyoto, Sun TV, and BS11 beginning on January 05, 2020, with an additional broadcast to follow on TV Aichi beginning on January 07, 2020. ID: INVADED will also stream on Funimation as part of the Winter 2020 anime simulcast season. 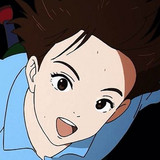