An unused concept art of Batman’s suit in Batman V Superman: Dawn of Justice is revealed. The 2016 movie directed by Zack Snyder was Warner Bros.‘ first major step towards building the DCEU following the introduction of Henry Cavill’s Superman in Man of Steel. The prospect of seeing two of the most iconic superheroes on the big screen together excited so many fans, but while it was a smash hit at the box office, it garnered a divisive response from the public.

Batman V Superman debuted Ben Affleck’s Bruce Wayne. Initially, people were skeptical of the casting, especially on the heels of Christian Bale’s well-liked iteration from Christopher Nolan’s The Dark Knight trilogy. Soon, the actor proved to be worthy of the role as he brilliantly portrayed an older, more hardened version of the character – something that fans haven’t really seen before. Affleck reprised the role in 2017’s Justice League, and it would be his final outing as the character. While Robert Pattinson officially takes over the role in Matt Reeves‘ The Batman, fans still look back at Affleck’s time as the hero and hope that he’ll still put on the cape and cowl.

As with his character description, Batman suits are as integral to an adaptation as casting the actor who’ll bring the comic book player to life. Throughout Affleck’s run, he donned several armors depending on the situation. Yet, there are still a lot of unused designs including the one that concept artist Jerad S. Marantz recently shared on his Instagram account. This particular armor for Batman V Superman looks more mechanical. The illustrator revealed that when he created this, they hadn’t been informed that they’re using a suit fabric based on what’s used in Dark Knight Returns. Check it out below:

Over the years, several alternate suit designs not just for Batman, but for other DCEU characters have popped up online. Aside from concept art, there’s also suits that was supposed to be featured in these films, particularly Snyder’s that were ultimately scrapped. One of which came from the so-called Snyder Cut of Justice League which would’ve revealed a damaged armored suit in Wayne’s Batcave. Whether or not the filmmaker intended to show the character donning the said suit is an entirely different conversation, but seeing it just in the background would’ve been cool enough.

Admittedly, not all costume designs for any film – be it comic book-based or not – will make its way into the final cut. Still, it’s interesting to see pieces of concept art like this from Batman V Superman: Dawn of Justice. Not only does it put a spotlight on concept artists like Marantz, it’s also a testament to the rigorous process of visualizing a movie. Who knows, unused designs like this could ultimately make their way to a future movie if Warner Bros. decides they want it. 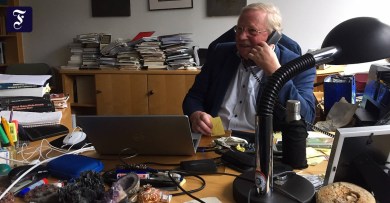 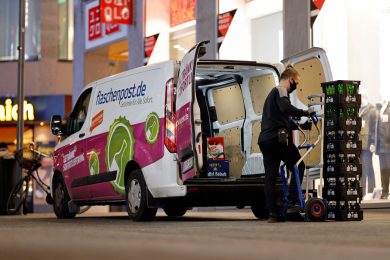