MDMA, or ecstasy, once had the reputation of exclusively being an illicit party drug popular at raves and dance clubs. That view has changed in recent years. The substance, known for its ability to produce feelings of euphoria and affection for others, has developed a new identity as a promising therapeutic tool. Researchers are currently investigating MDMA-assisted therapy as a potential treatment for post-traumatic stress disorder in late-stage clinical trials. The drug’s capacity to enhance sociability has also led to studies investigating its benefits for other conditions, such as social anxiety in individuals with autism spectrum disorder.

Despite the promise of its therapeutic benefits, concern persists among some scientists that MDMA could be abused because its pleasurable effects can make it addictive. “By no means [does the drug] have the addictive liability of methamphetamine or certain opioids,” says Robert Malenka, a professor of psychiatry and behavioral sciences at Stanford University. “But it does have abuse potential.” A new study by Malenka and his team suggests it may be possible to circumvent this risk. The findings, published today in Science Translational Medicine, reveal that MDMA’s sociability-enhancing abilities and its pleasurable properties are controlled by distinct pathways in the brain—at least in mice. That insight opens the possibility of developing a safer version of the drug.

Previous research by Malenka’s group and others had revealed that MDMA stimulated the release of both serotonin and dopamine in the brain. The existing evidence suggested the drug’s effects on sociability were linked to serotonin and its addictive potential to dopamine, but the extent to which these pathways were distinct was unknown. “Separating out the prosocial from the addictive effects has tremendous implications for drug development,” says Boris Heifets, an anesthesiologist at Stanford and lead author of the latest study. A key question is, “Can we make something with the same kind of prosocial effect that maybe isn’t as prone to abuse?”

To address this query, the researchers conducted a long series of experiments. They included injecting MDMA into mice—either alone or in combination with drugs that blocked the uptake of serotonin or dopamine. The team examined MDMA’s influence on sociability by placing individual mice into an enclosure with two interconnected chambers on either side—one holding another animal and the other containing an inanimate object. It then recorded how long the rodents spent in each wing. To assess the drug’s rewarding effects, the researchers observed whether the mice spent more time in a compartment where they received MDMA than in one in which they did not.

Through these tests, the team demonstrated that MDMA’s effects on sociability were dependent on serotonin in the nucleus accumbens, a key part of the brain’s reward circuity. The drug’s pleasurable properties, on the other hand, were linked to the release of dopamine in the same brain region—a process associated with the addictive qualities of other drugs, such as cocaine. The researchers also revealed that blocking a specific serotonin receptor with another drug eliminated MDMA’s effects on sociability while preserving its rewarding properties. In addition, they found that fenfluramine, a discontinued diet medication that releases serotonin but not dopamine, could mimic MDMA’s prosocial effects.

These findings parallel what researchers have previously reported in humans, says Matthias Liechti, a professor of clinical pharmacology at the University Hospital Basel in Switzerland, who was not involved in the new paper. “The present study uses many mouse models and genetic approaches to solidly and nicely confirm the mechanism of action of MDMA,” he says. Liechti cautions, however, that “only [a] therapeutic trial in humans can define the benefits and risks of the use of MDMA in patients.”

By delineating the differences in how MDMA mediates its positive, possibly therapeutic effects from its addictive potential, this paper “provides one path forward for developing a better version of MDMA,” Malenka says. Pinpointing the receptor through which the drug likely mediates its prosocial properties, he adds, has “direct translational implications for testing a different type of drug that might have some of the beneficial social effects of MDMA without its toxic effects.”

The alternative drug tested in this study, fenfluramine, was a key ingredient in a once popular diet pill called fen-phen. Fen-phen was pulled off shelves in 1997 after a large number of people experienced harmful side effects, such as damage to the heart valves, making it an unlikely candidate for a “better” MDMA. But a company co-founded by Malenka, MapLight Therapeutics, is currently testing another drug candidate, based on his lab’s research. These data include his group’s latest findings on MDMA’s serotonin-specific effects, as well as another recent study that demonstrated that activating the serotonin 1B receptor could improve social deficits in a mouse model of autism. According to Malenka, the company hopes to launch an early-stage clinical trial of the drug for individuals with autism spectrum disorder as soon as next summer.

Some scientists are skeptical of the translational potential of this work, however. Kim Kuypers, an associate professor of psychology and neuroscience at Maastricht University in the Netherlands, who did not take part in the study, points out several limitations. The researchers injected the MDMA into mice, but in human patients, the drug is administered orally. The distinction is important, she explains, because the way in which a drug is consumed is linked to its addictive potential. Kuypers also emphasizes that “it is not the MDMA per se that will ‘cure’ [patients]. It is the total package of substance and psychotherapy, something which you cannot investigate in animals.”

There is also the question of whether an alternative to MDMA is needed. Kuypers says that while a quest for a substitute was once a priority, it is no longer necessary. MDMA, she says, is a relatively safe drug with relatively low abuse potential, and it is currently in a phase III trial that is close to Food and Drug Administration approval. A new agent would need to start from scratch to be proved as safe and efficacious, which could take several years.

Heifets and Malenka say that even if the potential for harm is relatively low, they still see value in finding a safer alternative. Still, they acknowledge the limitations of research in animals, especially when it comes to developing new human therapeutics. “Drug development is a very tricky business,” Malenka says. “I’d love this to be an example where we were able to go successfully from mice to human beings. But we’ll see.” 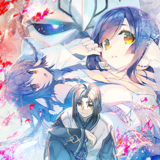