Here’s a full breakdown of the first Morbius trailer. For some time, Morbius has been quite a curious proposition. Based on the Marvel comic character of the same name, Michael Morbius originally debuted as a somewhat tragic Spider-Man baddie in 1971 before being fleshed-out in his own series of comics and reframed as more of an antihero in later years. The Dracula-inspired character soon attracted his own following, particularly with those harboring a taste for the gothic.

After Marvel Studios arranged to borrow back Spider-Man, Sony turned their attention to the web-slinger’s villains, casting Tom Hardy as the title character in Venom and then Oscar-winning 30 Seconds To Mars frontman, Jared Leto, as the vampiric Morbius. Despite an impressive box office, Venom attracted distinctly mixed reviews, so hopes for Morbius were somewhat muted.

That all changed thanks to Marvel and Sony’s deal to keep Tom Holland’s Spider-Man in the MCU and, over the past few days, rumors began to spread suggesting that Morbius was fully integrated within Marvel’s record-breaking franchise. Added to well-received leaks of Leto’s monstrous appearance, and an air of excitement soon began to build around the impending first look at Morbius. With a series of hype-inducing shots and confirmation of the MCU rumors, the Morbius trailer has very much set the internet on fire. Here is everything revealed in Sony’s first trailer for Morbius.

The first image fans see of the titular Michael Morbius, he’s being subjected to schoolyard bullying as a youngster, likely due to his poor physical health. This is fairly consistent with the sympathetic origins of the classic comic character, and Jared Harris (Fringe, The Expanse) is on hand to act as a father figure, nurturing Michael’s intelligence and defending him from cruelty. In the Marvel comics, Morbius is of Greek nationality, but there’s no indication of this from the trailer’s backstory footage, with American accents dominating.

While Morbius‘ country of origin might be unclear, it is revealed that the character has a very rare blood disease from birth, and Jared Leto’s character spends his life studying medicine in an attempt to cure that affliction for himself and others. Both his occupation and the medical condition are straight from the comics, even down to his receiving a Nobel Prize. It’s clear from the trailer, of course, that Morbius won’t be satisfied with his work until he’s found a solution to his health problems.

The Morbius trailer gives a first look at Adria Arjona’s Martine Bancroft, Michael’s lover in the comic books. There’s certainly a chemistry between the two leads in the trailer, but no explicit confirmation that they are engaged to be wed quite yet. Instead, Martine acts as a caring fellow doctor, warning Morbius of the dangers his experiments entail and imploring him to be cautious, obviously to no avail. Martine looks to be one of the first to discover and witness the horror of Morbius‘ transformation. Speaking of which…

The centerpiece of the Morbius trailer (though certainly not the highlight) is a fairly extended series of shots depicting the moment Michael Morbius transforms into a vampire-like vigilante. This origin story diverts from the comics quite considerably. Originally, Morbius‘ attempt to cure himself involved shock therapy and DNA from bats. Although the bat element certainly remains, it appears that Leto’s character must be repeatedly bitten and infected by a certain species of the flying mammal in order to cure his disease, necessitating the visit to an exotic cinematic cliff-edge and the subsequent Batman bat-swarming moment. The trailer suggests Morbius will use a mixture of technology and serum to activate his abilities, attracting a the bats by using his own blood and a harp-like instrument that might produce the required sonic resonance to make the creatures attack him.

Although initially pasty and near-death, Morbius soon heals into the ripped Jared Leto fans will be expecting to see. What’s more, Morbius‘ vampiric treatment has gifted him with increased strength and speed which, just like a classic Spider-Man villain, he handily documents on tape so that the audience know what’s happening. The pseudo-vampire breaks glass with his bare fists and lifts impossibly heavy objects, while showing off new, inhuman reflexes.

Exploring Morbius‘ more unique powers, Michael is then seen jumping through a hallway, clinging to walls and cloaked in a colored trail of mist. This particular visual effect is somewhat reminiscent of Nightcrawler from the X-Men movies. All of the powers showcased thus far are in line with the comics, and there’s even some, such as hypnotism and short-range flight, that aren’t shown in the trailer, but might feature in the finished movie.

One power that does feature is echo location. Morbius‘ eyes turn stereotypical vampire white and the doctor emits a wave of sound, which he can then use to map out his surroundings. This is a direct result of the bat DNA inside of Michael and mirrors the powers of his comic counterpart. This ability will no doubt allow Morbius to fight in pitch darkness, to sense hidden enemies and to increase his already stellar reactions. Of course, all of this power comes at a price, and Leto describes a nagging hankering for blood ever since his bat-themed rebirth. The balance between feeding and remaining human is at the heart of every vampire story, and Morbius will likely be no different. Additionally, there are numerous shots of Morbius walking around with his hood up on the streets, which might allude to a sunlight aversion.

The Morbius trailer provides a lengthy look at a key action sequence set on a large tanker in the middle of the ocean. It’s not explicitly stated why Morbius is attacking the tanker or why he’s on the vessel to begin with, but one shot appears to show a figure lying on the floor, who might possibly be Ms. Bancroft. If so, this scene undoubtedly shows Morbius on a rescue mission – a logical assumption since the doctor seems in full control of his new powers by this stage in the movie. As in the comics, these shots highlight how the transformed Michael uses his claws as weapons and can charge through the air to attack his enemies.

The first big Easter egg of the Morbius trailer comes with a shot of some Spider-Man graffiti, and „murderer“ crudely spray-painted over the top. This is a reference to the conclusion of Spider-Man: Far From Home, where Jake Gyllenhaal’s Mysterio framed Peter Parker for a terrorist attack and then revealed his identity to the entire world via J. Jonah Jameson’s news outlet. Although it was believed Spidey’s association with the Avengers might save him the public moral scrutiny, the accusations appear to have taken their toll on the web-slinger’s reputation. Strangely, the Spidey depicted here is Tobey Maguire’s, rather than Tom Hollands – likely either a possible conflict of image rights or an intentional bonus Easter egg. Furthermore, it uses the version that appears in the Spider-Man PS4 video game, by Insomniac.

Former Eleventh Doctor, Matt Smith, is glimpsed in the Morbius trailer walking down a subway platform with an ominous gait. Smith will be portraying Loxias Crown, better known to fans of the Marvel comic books as Hunger, another pseudo-vampire with traits of both human and bat. Morbius and Hunger comes to blows on several occasions in the Marvel world, heavily implying Smith will be the villain to Jared Leto’s sympathetic hero. In the movie, Crown will be Michael’s friend initially, with the two men suffering from the same rare blood disorder. Expect that to change once Michael begins his transformation.

Although this image leaked online well in advance, the reveal of Morbius‘ monster face is still a distinct highlight of the trailer. The look is very much comic-accurate, not shirking on the horror aspects of the character’s appearance whatsoever. With that said, it’s evident from the footage that Morbius won’t permanently look this demonic, even after his powers begin manifesting, with Sony keen to capitalize on their star man as much as possible. It remains to be seen exactly how Michael’s change in appearance will work; whether there has to be certain conditions in place, or whether the disfigured design becomes permanent after a certain point in the movie.

The biggest moment in the trailer whatever way you slice it, Michael Keaton is reprising his role as Vulture from Spider-Man: Homecoming. Although Keaton’s role could be nothing more than a cameo, the implications are huge, since his presence confirms beyond doubt that Sony’s Marvel movies are now part of the Marvel Cinematic Universe. Morbius finished filming in June 2019, months before the Spider-Man rights issues become headline news, so Morbius will be largely standalone in nature, with any MCU connections slotted in afterwards courtesy of reshoots and added footage. More interestingly, Keaton appears to be wearing the same prison clothes he had on in the final scenes of Spider-Man: Homecoming, which implies he’s only just busted out of jail when Morbius takes place. 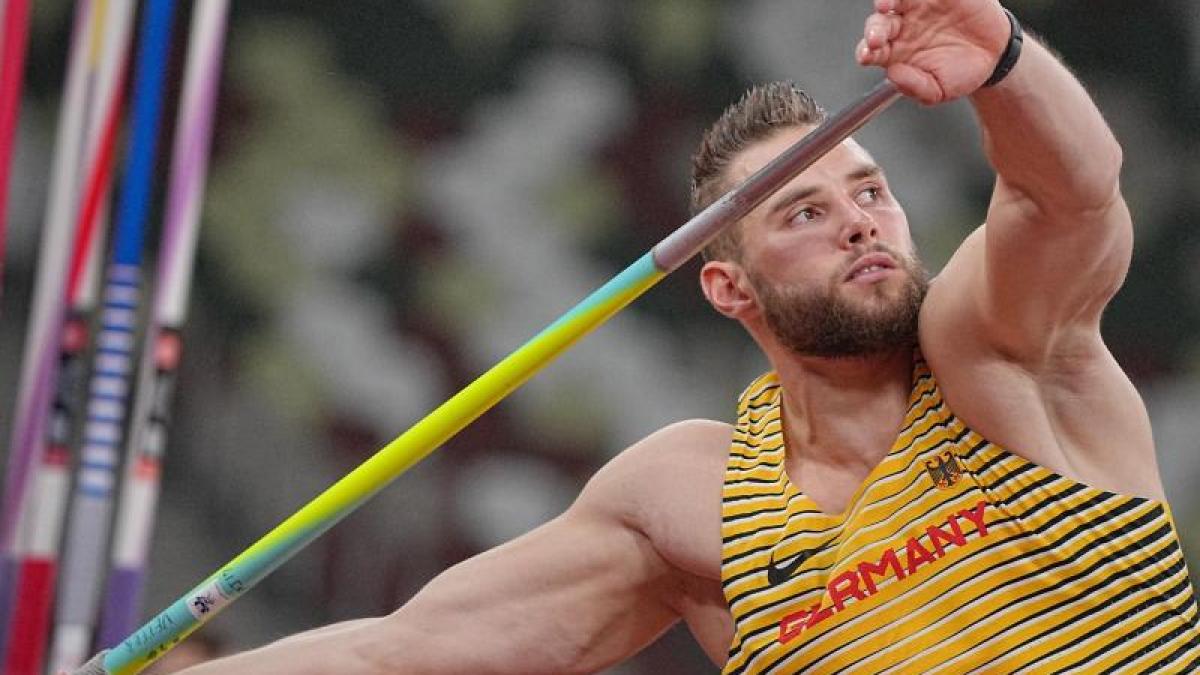