The Oscars will officially go on without a host for the second consecutive year. Last awards season, the Academy had pegged Kevin Hart to be the ceremony’s emcee, but he stepped down shortly after the original announcement due to controversy surrounding offensive comments he made in the past. Rather than finding a replacement for Hart, the Academy opted to have a host-less Oscars for the first time since 1989 (year of the infamous Rob Lowe/Snow White debacle). At first glance, that seemed like a recipe for disaster (especially considering everything else the Academy couldn’t get right last year), but the show ended up being very fruitful.

The 2019 Oscars broadcast saw a significant uptick in ratings from 2018’s all-time low numbers, suggesting that perhaps the Academy had inadvertently stumbled into a winning formula. Over the past several months (and as recently as December), word was the Oscars were going to run with the host-less format again in 2020. Now, ABC has gone ahead and made it official, just under a month before the telecast.

Speaking at TCA (hat tip Deadline), ABC entertainment president Karey Burke formally announced the plans for this year’s show, teasing everything the network has in store:

“Together with the Academy, we have decided there will be no traditional host, repeating for us what worked last year. [It will have] huge entertainment values, big musical numbers, comedy and star power.”

As Burke alludes to, the success of the 2019 Oscars is what influenced this decision. Viewers and critics were pleased by how the broadcast turned out, remarking that it moved along at a decent pace and didn’t get bogged down in ill-conceived sketches that doomed the show (like Jimmy Kimmel’s hot dog canon stunt). This is definitely a case of „if it ain’t broke, don’t fix it,“ and it’ll be interesting to see how the Oscars fare this year. The 2019 Academy Awards likely received a boost thanks to the sheer popularity of some of the Best Picture nominees, as major hits like A Star is Born and Black Panther made the field. This year’s crop is expected to include high-profile offerings such as Joker and Once Upon a Time in Hollywood (among others), so cinephiles will probably be inclined to tune in.

It’s been said before, but Oscar host is really a thankless job nowadays, putting whoever it is in a no-win scenario. Hosts are criticized if they’re too vanilla, but they’re also blasted for being too controversial (a la Ricky Gervais at the Golden Globes). Those who have fond memories of Bob Hope and Billy Crystal may disagree, but it’s arguably for the best if the Oscars are sans host for the foreseeable future. Award presenters can provide bits of levity over the course of the evening, and the primary focus remains where it should: on the movies nominated. 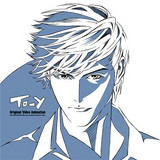