„Curb Your Enthusiasm: 10 Enduring Life Lessons from the Show“

After much anticipation, Curb Your Enthusiasm season 10 premiered Sunday night on HBO. For the first time in two years, Larry David returns, playing himself as the hilariously unapologetic, quirky and sometimes awkward comedy writer. Larry, often to the annoyance of others, has always taken it upon himself to inform those around him of the proper way to conduct one’s self.

Regardless of who they are, nobody is safe. From his wife to Ben Stiller, Larry does not hesitate to point out how what they are doing can be improved upon. Seeing as the show is now in its tenth season, it is fitting to review ten enduring life lessons from the show.

10 There is a Statute of Limitations on Well Wishes

Larry is nothing if not timely. He is a creature of habit and routine. In the season ten premiere, he takes issue with people wishing him a „Happy New Year“ in the third week of January.

Why Bad Boys For Life Reviews Are So Positive -BB

Larry claims there is a statute of limitations on how long the greeting can be used, „two or three days tops.“ This is a callback to season two when Larry is annoyed about the date of Ben Stiller’s birthday party. Larry points out that Ben’s birthday was actually a few weeks ago, and thus missed the boat on throwing himself a party. When it comes to Larry’s calendar, you only get a few days and then it’s time to move on.

In season four, Larry awakes one morning to find sunny and clear skies. The previous evening, he and his agent Jeff Greene canceled golf because the weatherman said it would rain. This sends Larry into one of his conspiracy theories, as this is not the first time the weatherman has predicted rain, only for there to be none the next day.

Larry theorizes that the weatherman is purposely and falsely predicting rain, for the sole purpose of having the golf course to himself. While doing some amateur sleuthing, who does Larry find all alone on a wide-open golf course? None other than the weatherman! Needless to say, Larry loses his temper. This episode teaches us all to rely on ourselves for the weather, all it takes is walking outside. After all, they are just predictions.

8 You Eventually Grow Too Old for Halloween

In season two, Larry answers the doorbell on Halloween night and is greeted by apathetic trick or treats. Two young girls stand before him, but not young enough for trick or treating. The pair, clearly sixteen or seventeen, have not dawned costumes and try to convince Larry they are thirteen and dressed up like their sisters. Larry takes a noble stand, refuses to hand out candy and tells them to be on their way.

Even in the morning, when he sees the girls have teepeed and spray-painted his house, he stands by his take that you cannot use Halloween just to compile a candy stash.  This is a controversial issue as many people celebrate the holiday well into later stages of life, but Larry is in the right in this instance.  If you are in high school, show no effort and you don’t even dress up, no candy for you!

Larry David is nothing if not efficient. He does not have time for holding up on the account of ceremony.  For instance, there is a universal rule that when you sit down at a restaurant, you must put your napkin on your lap. To Larry, the napkin on the lap is frivolous.

Also, why should everybody have to wait to eat if one person’s food has not yet arrived? You are at a restaurant to eat, why wait? Lastly, don’t think Larry is above screaming to himself at dinner to make a point to another patron who is speaking loudly on the phone.

6 Don’t Give Your Word, Unless You’re Prepared to Keep It

When Richard Lewis needs a new kidney, he calls on his two best friends. Larry and Jeff reluctantly say they would be willing to give up a kidney for him, but in no way mean it. The two are put off that Richard would even ask them, and both say they would never make such a lofty request.

When things take a turn for the worst and Richard needs a kidney immediately, it is decided through eeny, meeny, miny, moe that it will be Larry who must give up the kidney. Everybody holds Larry to his word and he is put under the knife.

This is a close relative of restaurant etiquette, but so important that it needs its own spot on the list. In season 9 of Curb Your Enthusiasm, a gentleman is attempting to get food from a buffet line.

As the people in line begin to berate him for cutting them, Larry steps in. He passionately points out that the man is coming back for seconds, and thus should not be subjected to waiting in line for a second time. The crowd of people quickly recant their disapproval and Larry serves the thankful man some potatoes. This act of kindness proves beneficial to Larry later in the season.

#10 Most Inspired Child Acting Performances Of The Last Decade -BB

4 Check the Order Before You Leave

In season 2, Larry goes to pick-up takeout for him and his wife Cheryl.  The first time he checks the food is upon arriving home and unpacking the Chinese take-out on the kitchen counter. As his wife gives him an exasperated look, he knows he must drive back to the restaurant to make things right. The lesson here is simple but vital, always check the order before you leave.

When Ben Stiller invites Larry to his birthday party, he informs Larry that he will not be doing birthday presents. Larry takes this to heart and shows up empty-handed, only to find a massive pile of presents in Stiller’s living room. After asking around, the consensus in the room is nobody really means „no gifts“ when they say, „no gifts.“

Larry is dumbfounded and wonders why you’d say „no gifts“ at all. When Ben Stiller confronts Larry and they begin to argue, Stiller reaffirms the fact that you should always bring a gift.

2 If You’re Thankful, Be Thankful

When Jeff and Susie throw a dinner party for their daughter Sammi and her fiancee Victor, things get off to a rocky start. Victor served in the military and everybody shakes his hand and offers thanks to him for his service, everybody but one person that is. Larry gives Victor and handshake and a chipper „Hey! Nice to meet you!“ Victor is visibly distraught and leaves the party.

Larry points out there was no need to thank him for his service as everybody else already had. Did he need to be thanked four straight times!?  Susie promptly kicks out Larry before dinner is served.

1 Til Death Do us Part

For their tenth anniversary, Larry and Cheryl decide to have their vows renewed. While rehearsing, Larry is less than thrilled that the marriage vows last forever, even in the afterlife. Larry had a „different plan“ for eternity. Larry took „til death do us part“ to heart and was under the impression he would get to be single in Heaven.

Instead of celebrating their love, Larry is caught up in the fact that they will be tied together permanently.  It’s the last straw when Larry asks, Cheryl to take out the eternity part of the vows. In the end, he makes it right when the two are at the altar by saying he will love her for all of eternity. Happy wife, happy eternity.

#SocialMedia #Supernatural: 10 Most Shameless Things Lucifer Ever Did #BB 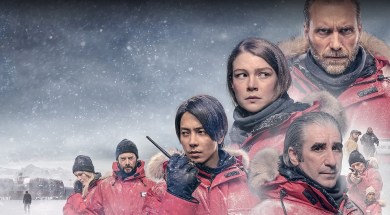