The roster of DC’s teen superhero team Young Justice has expanded to include some new recruits. But the last thing fans ever expected was for one of them to hail from the Marvel Universe. It’s time to meet DC’s new Spider-Man.

The publisher had previously informed fans that new Young Justice members would be joining the series. And in practice, Young Justice #12 turns out to be a cunning crossover between the new heroes of Wonder Comics, the young imprint launched by writer Brian Michael Bendis upon his arrival at DC. In his first Young Justice issue, Bendis gave a nod to his former employer by suggesting that Marvel’s Universe exists inside the Speed Force. Now that playful parody has escalated significantly, welcoming a new Spider hero into the Young Justice roster.

As the heroes surround the dimensional rip that their good friend Superboy disappeared into, technology wielded by the Wonder Twins triggers activity (of exactly what kind isn’t clear… in any book other than Young Justice, that might seem strange). But instead of Conner Kent, the dimensional rift spits out Miguel Montez and Summer Pickens. Better known to fans of Wonder Comics as the current protagonists of Dial H for Hero. And masters of one of the strangest pieces of technology in the DC Universe.

It’s possible that the lore and stars of Dial H for Hero will be new to even seasoned readers of DC Comics, considering its very premise requires an absence of recognizable heroes. The series is based around a mysterious, seemingly magical dial (recently in the form of a rotary telephone). When a user is chosen, they are given the ability to — you guessed it — dial the phone, at which point they are transformed into a superhero with a new identity, name, and superpower. But there’s no telling what the resulting powers will be, meaning Miguel or Summer’s super-personas are limited only by the writer and artist’s imagination.

That’s where the latest bombshell comes in, as well. Understandably, Miguel is starstruck to find himself face to face with the heroes of Young Justice. In a moment neither will soon forget, Robin–sorry, Drake reassures his teammates that „if they’ve been entrusted with the dial, they are okay.“ Whatever the teens are dealing with, their misfiring tech is connected. So deciding that a team-up is in order, Miguel gives a spin of the dial (to the delight of Impulse). And as the heroes leap into action to shut down the villains behind these hijinks, Miguel debuts his new look:

Even if Young Justice wasn’t being written by Brian Michael Bendis, creator of the Ultimate Spider-Man, Miles Morales, the appearance of a teenage Spider-Man swinging from energized webbing would be hard to miss. For those who know their Marvel/DC Amalgam history, this isn’t actually the first variation of Spider-Man to appear in the DC Universe. That honor goes to the merged Spider-Man and Superboy of the crossover adventure. But this new version isn’t a match, meaning fans are witnessing the arrival of a new Spider hero in his first Young Justice mission. But to find out if this hero has a name — and just how close DC will walk to parodying Marvel’s wallcrawler — fans will need to stick around for the following issue. In the meantime, readers can find the full credits and plot synopsis for the issue below:

The Gundam vs. Hello Kitty War Finishes With Love and Friendship -BB 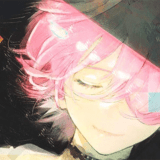 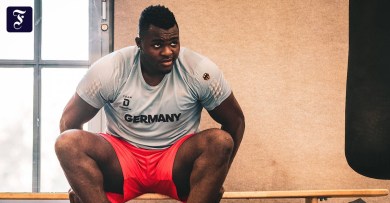