Across film and television, there were a host of unique takes on superheroes in 2019, but Amazon’s The Boys was the most subversive of the lot. Live-action superhero fare has become an on-screen staple since the turn of the millennium, and has only grown in popularity and prevalence over the past 20 years, with Marvel and DC dropping multiple blockbusters annually whilst also maintaining a strong presence on TV or streaming services. While there are exceptions, the vast majority of these releases tow a familiar line in terms of delivering PG-13 family-friendly action that caters for the widest audience possible, mixing adventure, CGI thrills, human drama and comedic touches.

There’s plenty to enjoy about mainstream superhero productions, but the saturation of the market has created a demand for alternatives. Just as comic books occasionally serve up mature superhero stories tinged with horror, real-life issues or visceral violence, fans began to seek similarly diverse superhero offerings in their live-action diet and 2019 had some impressive examples. Joker on the big screen, Watchmen on HBO and Netflix’s The Umbrella Academy were all based on superhero comic books and created a very different experience to the average MCU or Arrowverse adventure. In terms of subverting the superhero genre, however, that trio was outdone by Amazon’s The Boys.

The reason is that while all 4 works are based on comic books featuring superheroes as a core theme, The Boys is the only one to stay within the superhero sub-genre, whereas the other 3 subvert by moving away from the format entirely. Joker is the most extreme example of this, in the sense that it includes several characters and a city that originated in DC’s Batman comics, and that’s where the superhero connotations end. Joker is part psychological thriller, part crime movie, part super-intense drama, but it has very little in common with something like The Avengers, X-Men or Batman Returns. Undoubtedly an incredibly refreshing take on the comic book movie, but entirely removed from superhero tradition.

To a lesser extent, the same argument applies to Damon Lindelof’s Watchmen series. A sequel to the original Alan Moore and Dave Gibbons comic that is widely considered a standard-bearer of subversive superhero stories, Watchmen on HBO was an altogether different prospect. Vigilantism is presented in the context of police anxiety, with racial discrimination very much the forefront of the story. Dr. Manhattan is less of a superhero, and more an otherworldly God, and the old guard of Ozymandias and Silk Spectre are now a mad inventor and an FBI agent, respectively. Even as an R-rated series, superhero scuffles are thin on the ground, and action sequences that do take place are more of the realistic shootout variety. Tellingly, Watchmen’s most „superhero“ moments come in the form of a Hooded Justice parody TV series.

Over on Netflix, The Umbrella Academy was widely praised for its gothic spin on the superhero format, and has far more recognizable genre elements than Joker or Watchmen in that the Academy actually use superpowers to defeat bad guys and (try to) save the world. Even here, however, the outright superhero antics of The Umbrella Academy’s comic books are toned down, and the spotlight is shifted onto the darkly comedic human drama that exists between the Hargreeves siblings. The superpowers are secondary to that, best reflected in how the supervillain of the comic books, The Conductor, becomes Leonard Peabody on TV – just a manipulative convict with a hefty, unhealthy grudge.

The Boys, however, has the superhero genre embedded within its DNA, and twists each trope in its own gloriously unhinged fashion. The story is the familiar good vs. evil format, but with the heroes as the antagonists. There’s a plane rescue, an international terrorist, a criminal conspiracy, and various other building blocks common to superhero media, but nothing quite plays out as viewers would typically expect. Not many superheroes die from an explosive up the backside, for example. There might’ve been many surprising takes on superheroes in 2019, but The Boys was the only one to really tackle the conventions of the genre and use them in unexpected ways, rather than stepping outside of the superhero world altogether. No other movie or TV series quite satirized the chaos, hypocrisy and commercialization of superheroes quite like Butcher and the gang. 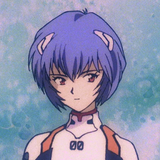