Proxima Centauri, the star closest to our sun, may harbor a second planet—still.

“Still,” because astronomers first announced this candidate world in April 2019, based on observations and analyses that had yet to be published or peer-reviewed. Now more thoroughly vetted and bolstered by additional data, the study reporting the potential discovery appears today in the journal Science Advances. Yet certainty is elusive—the planet could still prove to be a mirage.

“Since the very first time we saw this [potential planetary] signal, we tried to be its worst enemies,” says Fabio Del Sordo, an astronomer at the University of Crete in Greece, who spearheaded the study, along with his colleague Mario Damasso of the Astrophysical Observatory of Turin in Italy. “We tried different tools to prove ourselves wrong, but we failed. However, we have to keep the doors open to all possible doubt and skepticism.”

The essentials of Proxima c, as the candidate is known, remain scarcely changed from last year. Circling in a roughly 1,900-day orbit that is barely warmed by Proxima Centauri’s starlight, it would be a frozen, gas-shrouded orb, perhaps six to eight times heavier than our own planet—a so-called super Earth, although it would probably be more akin to a “mini Neptune.” The planet could be wreathed with vivid auroras driven by its magnetic field interacting with intense flares from its parent star. And it might harbor a sprawling ring system. It would accompany a smaller, closer-in, more Earth-like world—Proxima b—which, in 2016, was discovered twirling through the star’s habitable zone, the region in which sufficient starlight allows liquid water to persist on a planet’s surface.

Ever since Proxima b’s discovery, astronomers have been clamoring to learn more about that alluring place, which could, in theory, harbor life. Because outer planets can profoundly affect the habitability of inner worlds—pelting them with comets, for instance, as Jupiter and Saturn seem to have done early in our solar system’s history—studies of a far-out companion to Proxima b could prove crucial to that effort. Proxima c may also be a keystone for understanding how planetary systems emerge and evolve around stars like Proxima Centauri, which, as a red dwarf star much smaller and cooler than our own sun, is an emblematic example of the most common stellar type in the Milky Way. The candidate planet’s chilly orbit would place it far past Proxima Centauri’s “snow line,” the boundary beyond which water exists only as solid ice. The snow line is also the sweet spot where theorists expect most ice-rich, intermediate-mass super Earths and mini Neptunes to form. So how could Proxima c have arisen so much farther out? Answering that question could require substantial revisions to existing planet-formation theories.

The best evidence for Proxima c’s existence is decidedly wobbly—literally. Planets can reveal themselves by the gravitational tugs they impart on their stars, pulling a parent star toward Earth and then away from it as they move through their orbit. Tracked over time, this planetary signature manifests as a telltale stellar wobble—which registers as an oscillation between the red and blue ends of a star’s spectrum. A wobble’s repetition shows a planet’s orbital period, whereas its amplitude—its strength—provides an estimate of a world’s mass. Giant planets orbiting hellishly close to their stars create enormous, obvious wobbles, but the stellar swerve produced by something much smaller and farther out is so slow and subtle that only computational modeling of multiyear data sets can tease it out.

The putative wobble attributed to Proxima c is a roughly meter-per-second shift in Proxima Centauri’s position, stretched out across the candidate planet’s proposed five-year-long orbit. Distinguishing it required nearly two decades’ worth of measurements from two instruments, the High Accuracy Radial Velocity Planet Searcher (HARPS) and Ultraviolet and Visual Echelle Spectrograph (UVES) spectrometers, each located on separate telescopes in Chile operated by the European Southern Observatory (ESO). The trouble is that lots of other things—star spots and other forms of stellar activity, as well as minor instabilities inside an Earth-bound instrument’s optics—can mimic such a minuscule motion. Consequently, the recent history of planet hunting is littered with high-profile announcements of wobble-based “discoveries” of small planets that ultimately proved illusory. In their study, Damasso, Del Sordo and their colleagues detail the elaborate steps they took to rule out as many possible sources of stellar and instrumental noise as possible, but even so, their claim remains controversial.

“This detection is really pushing the bleeding edge,” says Paul Robertson, an astronomer at the University of California, Irvine, who was not involved with the research. “There is no similar example of a [wobble] detection of a planet with such a low amplitude at such a long period, and the claimed statistical significance is low compared to many other detections. That doesn’t necessarily mean it’s wrong, but it is going to require some confirmation from additional observations.”

The ESO’s latest wobble-hunting instrument, an ultrastable, extremely precise spectrometer called Echelle Spectrograph for Rocky Exoplanets and Stable Spectroscopic Observations (ESPRESSO), is already scouring Proxima Centauri and many other stars for further hints of small planets from a mountaintop in Chile. But the nature of the search requires years of observations to yield breakthrough results—time enough for worlds to complete multiple orbits, strengthening the statistical significance of any wobbly signals. In the meantime, astronomers will have to rely on other techniques to gather more evidence for Proxima c.

A Conspiracy of Coincidences?

If the case for Proxima c were based on wobbles alone, the candidate planet might well still be unannounced, languishing in obscurity in technical appendices. Instead a wealth of circumstantial evidence is seemingly boosting the odds that the candidate is genuine. In 2017 researchers investigating Proxima Centauri using the ESO’s Atacama Large Millimeter/Submillimeter Array (ALMA), a radio telescope in Chile, detected a strange blip at what turned out to be just the right distance from the star to correspond with the wobble-based estimate of Proxima c’s orbit. The blip could have been natural radio waves emanating from a gargantuan, Saturn-like ring system around an unseen planet—or it could have been coincidental emissions from a cloud of dust around the star or even from a far-distant background galaxy. ALMA’s observations also yielded suggestive hints of dust belts around the star that may have been sculpted by Proxima c and perhaps other undetected planets. (Damasso, Del Sordo and their colleagues have lobbied—unsuccessfully, so far—for follow-up observations on ALMA to take another look. But they have managed to observe the Proxima Centauri system with another ESO asset, the planet-imaging Spectro-Polarimetric High-Contrast Exoplanet Research Instrument, or SPHERE. Their analysis of SPHERE’s long-shot stab at detecting Proxima c is still underway.)

More tantalizing support emerged in 2018 from the European Space Agency’s Milky Way–mapping Gaia satellite, which uses a technique called astrometry to precisely track the position of Proxima Centauri—and billions of other stars—across the sky. Combining two years’ worth of Gaia’s publicly-available data with earlier measurements from Gaia’s precursor satellite, Hipparcos, a team led by the Paris Observatory astronomer Pierre Kervella found a slight anomaly in Proxima Centauri’s motion that could be explained by the presence of a planet that, in mass and orbit, would be strikingly similar to Damasso and his colleagues’ estimates for Proxima c.

“I am convinced that Gaia astrometry is the most critical piece of information to be added to the puzzle” of Proxima c, says Alessandro Sozzetti, a Gaia team member at the Astrophysical Observatory of Turin and a co-author of the Proxima c discovery paper. Besides showing the planet to be real, Gaia’s measurements of Proxima Centauri’s motion would also unveil Proxima c’s actual mass—allowing astronomers to better predict its age, brightness and other properties crucial for learning whether or not any current or future Earth- or space-based telescope might have a reasonable chance of taking its picture.

Then again, Gaia’s measurements could instead conclusively refute the planet’s existence. In fact, the clinching evidence for or against Proxima c’s reality could already exist on an ESO hard drive. Gaia may already have sufficient observations of the star to pin down the potentially planetary nature of its anomalous motion, the study authors say, but most of those raw data still require substantial processing and calibration, and they are not expected to be publicly released for at least another two years.

In the end, whether the world is real or imaginary, Proxima c’s greatest lesson may concern the evolution of planet hunting here on Earth. Although astronomers have now discovered thousands of planets around other stars—with discoveries of tens of thousands more on the horizon—most of those finds are the low-hanging fruit of our galaxy’s planetary bounty. Discovering the choicest planets—those around nearby stars that offer the best chances for further studies, perhaps even for discovering alien life—remains, for now, a dauntingly arduous task. Consider that the decades-long effort to find and confirm just one world, Proxima c, has already consumed untold human toil and significant allotments of fiercely contested observing time on many of Earth’s most advanced telescopes and instruments—with an outcome that is still uncertain.

“Looking for these kinds of planets around a high number of stars is definitely not sustainable nowadays in terms of time investment and challenges imposed,” Del Sordo says. Why then, one might ask, should we look at all? “A sense of old-fashioned exploration,” he says. “The discovery of remote, unknown but maybe accessible worlds. And perhaps the unconscious feeling this system can be reached by humans sometime in the distant future. Proxima is our closest neighbor in an immense universe. How could we not be charmed by it?” 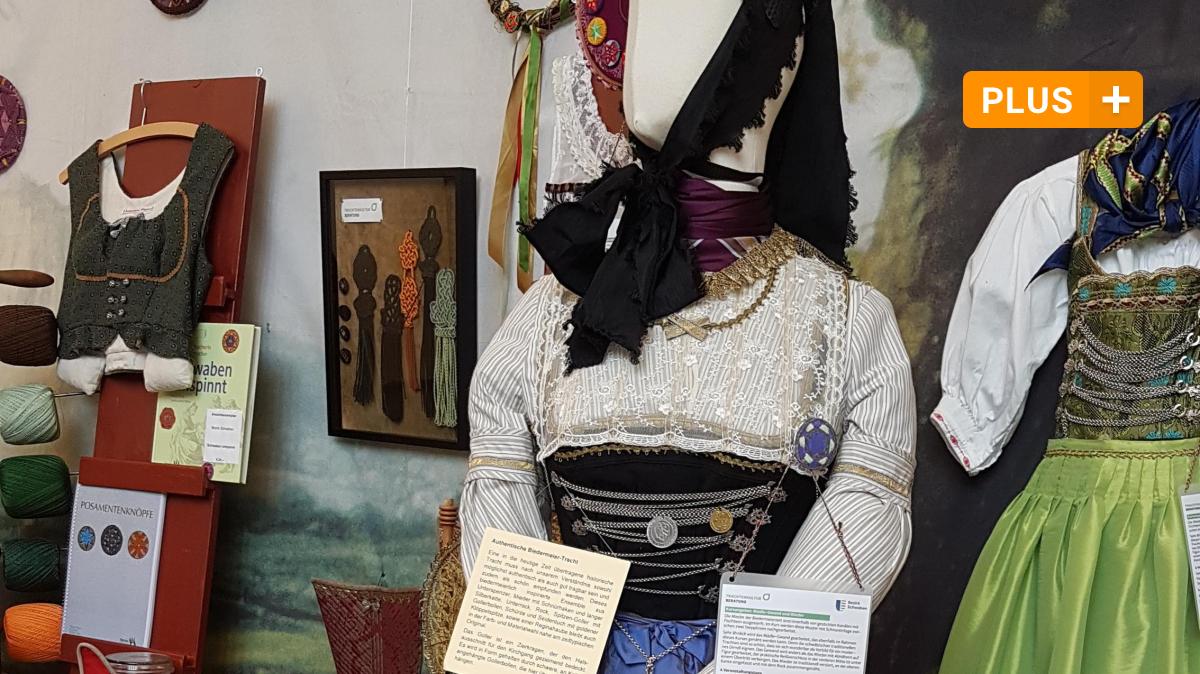