The most popular stars of The Bachelor have been revealed. And now that it’s official, it’s time for Bachelor Nation fans to see where current lead Peter Weber fits in the mix – if at all.

With The Bachelor’s 24th season beginning, it’s always fun to look back at previous seasons and reflect on who fans loved and hated. Analytics firm SEMRush provided the most popular Bachelors in history. SSome are n0-brainers, some are shockers, and some may leave fans asking „who?„

The lead of season 16 was a bit of an oddball, but he had arguably one of show’s best villains with Courtney Robertson. The former model came on the show to win it, having previously dated actor Jesse Metcalfe. Robertson and Flajnik got engaged during the finale, but split later that year. Flajnik went on to have a brief fling with Kris Jenner, but it’s safe to say that without Robertson, he would not have made this list.

Galavis was one of the most controversial Bachelors the show has ever had. After a heart-wrenching exit from Desiree Hartsock’s season of The Bachelorette, fans were very surprised at his persona as a slut-shaming villain on his own season. He famously had pre-fantasy suite sexual relations with contestant Clare Crawley, but didn’t choose her in the end. Instead he chose pediatric nurse Nikki Ferrell – without an engagement ring or telling her he loved her. The couple didn’t last very long, and Galavis is not at all involved with Bachelor Nation.

Viall was one of the most anticipated Bachelors after competing on two seasons of The Bachelorette and one season of Bachelor in Paradise. Viall was famously runner-up on both Kaitlyn Bristowe and Andi Dorfman’s seasons and was labeled „unlovable“ by the media. Viall proposed to Vanessa Grimaldi in the finale, but the couple split later that year after Viall’s stint on Dancing with the Stars.

Brad Womack was on The Bachelor twice. He was the lead of season 11 and infamously chose nobody in the end. The show brought him back for season 15 after deeming him more mature and finally ready for love. Womack had great contestants for television, including women like Michelle Money and Emily Maynard. Womack proposed to Maynard in the finale, but the couple split later that year.

The airline pilot and lead of season 24 is still settling into his TV shoes, but he was a popular contestant on Hannah Brown’s season of The Bachelorette. Weber made a name for himself by admittedly having sex with Brown on their fantasy suite date… four times. There was a lot of controversy over Weber’s casting for this season as a large majority of fans were hoping the lead would be Mike Johnson, who would have been the franchise’s first black Bachelor.

Lowe is now one of the franchise’s most beloved Bachelors because of his post-show relationship success. The born-again virgin proposed to Catherine Giudici in the finale and the two got married in a big televised Bachelor wedding. The couple just welcomed their third child, and their family continues to be marketing gold for the franchise. Giudici was also a sleeper contestant for most of the season, and season 17 was an example of how not all winners spend the whole season in front of the cameras.

Luyendyk Jr. was a real curveball cast for the lead of season 22, as it had been a number of years since his time as a contestant on The Bachelorette. Most fans will agree that his season was boring until the most dramatic finale ever where he dumped the woman he initially proposed to – Becca Kufrin – on-camera, and went to pursue his runner-up, Lauren Burnham. He then proposed to Burnham on the show’s live After the Final Rose episode. Kufrin being dumped on television led to her becoming the lead of season 14 of The Bachelorette.

Timid and quiet, Chris was a terrible choice for a lead, but his season had one of the best groups of women in the show’s history. The season brought fans Kaitlyn Bristowe, Jade Roper, and Ashley Iaconetti, to name a few. Soules proposed to Whitney Bischoff, but the couple is no longer together. Recently, Soules battled charges for a hit-and-run accident where a man was killed.

Seemingly well-rounded and genuinely looking for a partner, Season 20 lead Ben Higgins was a fan-favorite. Higgins famously told both final 2 contestants, JoJo Fletcher and Lauren Bushnell, that he loved them, but in the end proposed to Bushnell. The couple split a year later after starring in their own spinoff show, Ben & Lauren: Happily Ever After?

Besides being the first virgin Bachelor, Underwood was not an incredibly exciting lead. The number 1 slot is likely due to the way the show broke format so dramatically and allowed Underwood to chase contestant Cassie Randolph after she elected to leave the show. The final episodes followed Underwood and Randolph as they tried to navigate their new exclusive relationship.

Bacteria “Tolerant” of One Antibiotic Are More Likely to Develop Resistance 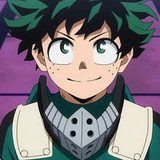