Netflix Original series AJ and the Queen stars RuPaul Charles as Robert aka Ruby Red, a down-on-her-luck drag queen embarking on a cross-country tour. There’s just one problem: she has a young stow-away to contend with. Izzy G plays AJ, a street-wise 10-year-old with a bad attitude. Together, the unlikely duo travel to various clubs across America, meeting a number of colorful characters along the way.

Created by RuPaul Charles, of RuPaul’s Drag Race fame, and Michael Patrick King, best known for his work on Sex and the City, AJ and the Queen is a Netflix Original series that fuses sentimental drama with witty banter and camp humor. Season 1, released in January 2020, follows Ruby and AJ as they travel in an RV to Ruby’s drag queen gigs — which are filled with plenty of RuPaul’s Drag Race queens. As the odd couple spends time together, they gradually learn to appreciate, and even admire, each other.

AJ and Robert face a number of challenges on their journey: AJ’s on the run from the foster-care system, which she was placed in because of her mother’s struggles with drug addiction, and Robert is coping with a devastating breakup and the loss of his lifesavings. Along the way, the pair are helped by friends new and old, but they also encounter some less-than-friendly — and downright dangerous — characters.

RuPaul Charles as Robert/Ruby Red – An older drag queen from New York City who has spent her career saving-up to open her very own club. Having finally saved up the $100,000 she needs to launch her business, the would-be entrepreneur is devastated to learn she has been grifted by a con artist. Arguably, RuPaul is the most well-known and powerful drag queen in the entertainment industry today. She first rose to fame with her hit single „Supermodel (You Better Work),“ but today is best-known for her popular TV series RuPaul’s Drag Race.

Izzy G as AJ – The tough-talking child who lives in the apartment above Robert. AJ, desperate for money because her mother isn’t around, first tries to rob Robert, then stows away in Robert’s RV, wanting a ride to Texas. AJ is extremely antagonist with Robert and is frequently unruly and obnoxious; however, over time, AJ softens and learns to trust her road-trip companion. „Izzy G“ has appeared in a handful of other projects, billed as Isabella Gaspersz; the Netflix Original series may prove to be the child actor’s breakout role.

Michael-Leon Wooley as Louis/Cocoa Butter – Robert’s roommate and friend. Louis is a fellow drag queen who is a blind diabetic. Robert isn’t always very responsible — especially in regards to managing his diabetes — but he is a talented performer, an accomplished dressmaker, and a loving friend. Wooley is best known for his voice work, such as his role in Disney’s The Princess and the Frog.

Josh Segarra as Hector/Damian Sanchez – Hector is Robert’s too-good-to-be-true boyfriend and business partner. After Robert gives „Hector“ a credit card and access to his life savings, the latter disappears, taking all of the drag queen’s money with him. Hector doesn’t stay gone for long, however, and he acts as one of the series‘ main antagonists. Segarra has had a number of recurring roles in television, including a stint in Arrow as Adrian Chase.

Tia Carrere as Lady Danger – A former pageant queen herself and a fellow con artist working with Hector. Lady Danger wears an eye patch and has an infamous reputation among the drag queen community: she is a cheap source of cosmetic fillers, but has been known to occasionally slip in substances not suitable for use as a dermal injection. She is the series other primary antagonist. Carrere should be recognizable to viewers: in addition to playing Wayne’s love interest Cassandra in Wayne’s World, Carrere also starred in the beloved TV Series Relic Hunter.

Katerina Tannenbaum as Brianna – AJ’s mother and a drug addict. Brianna is a mess, and her location is unknown to AJ at the beginning of the show’s events. She is unaware that AJ is travelling to Texas with Robert. Tannenbaum has had recurring roles in the shows The Bold Type and Sweetbitter.

Misty Monroe as Officer Rhonda – The initial officer Robert speaks to about Hector.

Raymond Ma and Cath Chang as Mr and Mrs Hong – A friendly couple who own the Chinese food restaurant where Robert and Hector go on dates.

Tommy Snider as Murphy – The lackadaisical landlord of the club Robert plans to buy.

Mario Cantone as Alma Joy – A drag queen who Robert has a long-standing feud with.

Joel Murray as a highway patrol officer – The police officer who pulls over, and questions, Robert.

Adrienne Barbeau as Helen – The receptionist at the Bob’s garage, as well as his wife. Helen is a former pinup model and wet t-shirt contest champion.

Patrick Bristow as Kevin Prescott – The club manager in Louisville.

Jen Kober as a Kentucky police officer – The officer who investigates Hector’s vehicle.

Laura Bell Bundy as Bernadette – An up-tight Mom who pressures her daughter to conform.

Tim Bagley as Lloyd Johnson – The owner/operator of a Bob Mackie museum.

Bridget Everett as Anna, Natasha Leggero as Kath, and Rebecca Metz as Yolanda – Three women staying at Little Rock Little Lake RV park. They are putting on a production of Grease for their „potluck sing-along“ and ask for Robert’s help.

Armen Nahapetian as Brick – A boy AJ’s age who is experimenting with his gender expression.

Adam Bartley and Terryn Westbrook as the father and mother of Brick – They are an old-fashioned, gun-loving couple who are uncomfortable with Brick dressing in girl’s clothing.

Rey Gallegos as Karl and Drew Powell as Carl – The „Carls“ are the park’s gay cowboy couple. Carl makes „famous“ mac & cheese „with the French cheese!“

Timothy Wilcots aka Latrice Royale as Fabergé – An old friend of Robert’s who overcame adversity and found success as an entrepreneur. Fabergé owns the club in Jackson.

Mary Kay Place as a nurse – The nurse who assists Robert and AJ at the hospital.

Michael Cyril Creighton as Christian – An employee at the hospital and an aspiring drag queen.

Eddie Shin as an ER doctor – The doctor who treats AJ in the hospital.

John Rubinstein as an ER doctor – The doctor from Robert’s flashback who tells Robert that Louis is blind as a result of his stroke.

Stacie Greenwell as a hospital official – The woman who investigates Robert’s relationship with AJ.

Lisa Linke as Melissa – The hospital’s representative from payments and insurance.

Lorraine Bracco as herself – Bracco appears as herself. She is an Oscar-nominated actress, best known for her roles in The Sopranos and Goodfellas.

Jimmy Ray Bennett as Kevin and Todd Sherry as Ewan – The men behind the Miss Drag USA. The two are a married couple who have been running the pageant for 11 years.

Airline Inthyrath aka Jujubee as Lee Saint Lee – Another queen competing in Miss Drag USA. She is friends with Danielle Dupri.

Constantine Rousouli as Jordan – A man Louis discovers in a compromising position.

Pandora Boxx as herself – The Drag Race alumni makes a special appearance as herself.

Look Out, Gamers! Kagawa Prefecture is Gunning For Your Game Time. 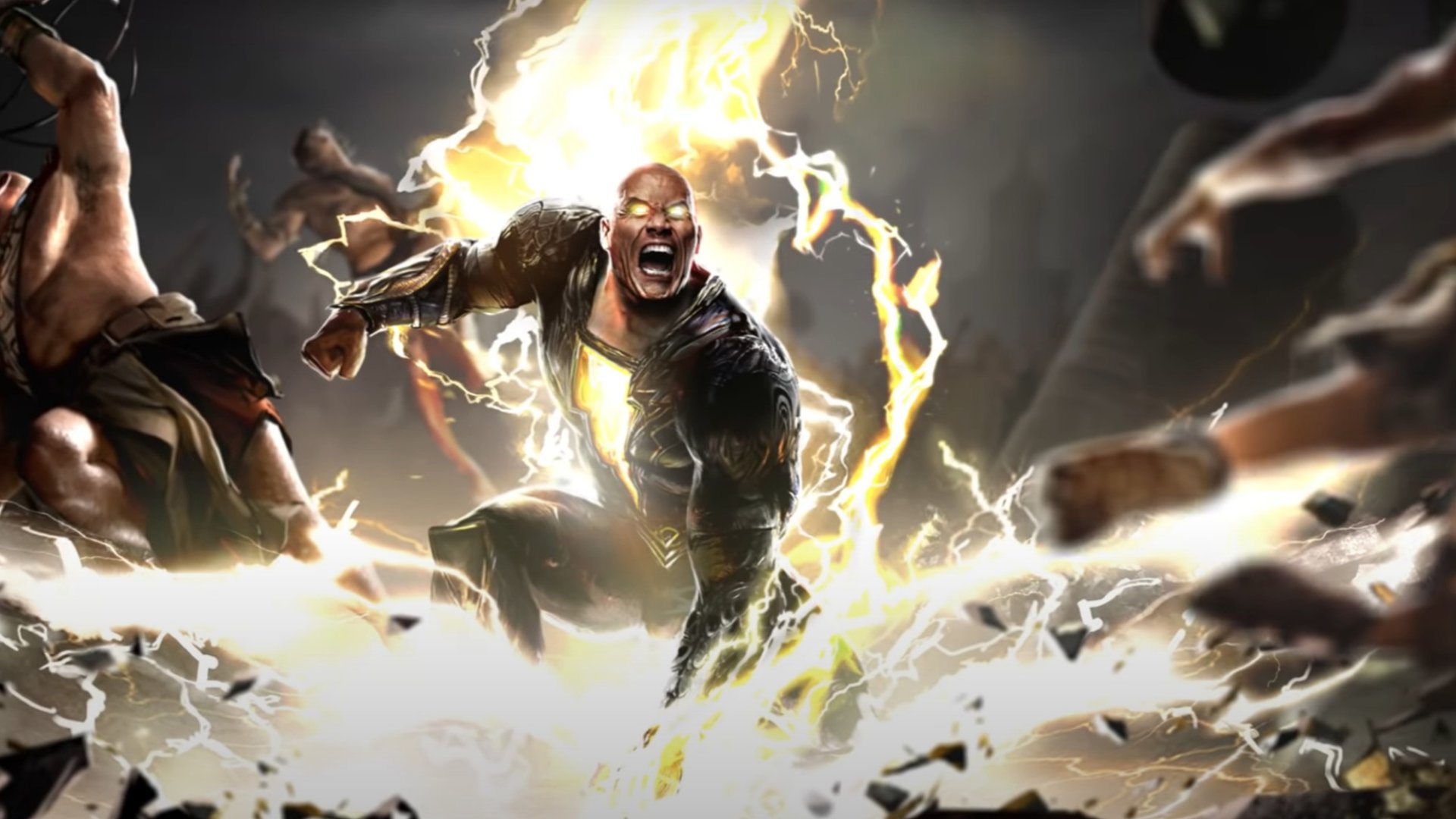