Look out, all you underage gamers! The prefectural assembly of Kagawa Prefecture is gunning for you with an ordinance that seeks to combat Internet and video game addiction by advising schools and parents about when and for how long they should allow the kids in their charge to play video games.

The Kagawa prefectural assembly is still in the process of drafting the ordinance, with the intent of taking public feedback from locals before submitting the final draft to be considered for next month’s meeting. If the ordinance is enacted, it will be the first such local ordinance attempting to address Internet and video game addiction by restricting game time in all of Japan.

It should be noted that the ordinance does not include any penalties, so no one is going to be fined or sent to Video Game Jail, but speaking from personal experience as a kid who grew up with a „no more than 1 hour of video games per day“ rule that I never once obeyed, I don’t imagine these guidelines will have much of an effect. 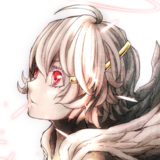