We humans used to think that our ability to use tools made us different from all other animals. But then we found out that chimps use tools too, such as twigs to gather termite snacks and rocks to hammer open nuts. And some birds use tools—like brainy New Caledonian crows, which can assemble multi-part tools, to solve puzzle boxes presented to them by researchers.

Now we’ve learned that a different group of birds—seabirds—can also use tools. Scientists spied on Atlantic puffins, the distinctive tuxedoed birds with bright orange beaks. And in 2014, the observers spotted one floating on the sea off Wales, scratching its back with a stick.

Then, in 2018, the researchers caught another tool-using puffin on camera, on Iceland’s Grimsey Island. <<sound up and under on video clip>> In a short video clip, a puffin can be seen grabbing a stick with its beak, and then using it to scratch its chest. Perhaps to dislodge one of the seabird ticks infesting the island that summer.

The details about puffin proficiency are in the Proceedings of the National Academy of Sciences. [Annette L. Fayet, Erpur Snær Hansen, and Dora Biro, Evidence of tool use in a seabird]

Study author Annette Fayet told Scientific American in an email that these two instances don’t prove that seabirds are highly intelligent—though they could be smarter than we thought. But what is certain, she says, is that puffin populations are crashing, and it’s largely the fault of us and our tools—which have led to overfishing, climate change, marine pollution, and the presence of invasive species, all of which make seabird life harder. It would be nice to keep puffins and their compatriots around, and find out just what else we don’t know that they’re capable of.

Games for may on Game pass 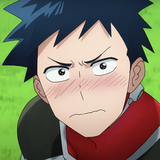 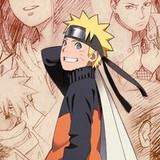