Arrowverse’s Crisis On Infinite Earths wraps up on Tuesday, January 14, and here’s what you need to know (or remember) to watch Parts 4 & 5. The biggest Arrowverse crossover ever absolutely devastated the Multiverse when the first three chapters aired in early December on Supergirl, Batwoman, and The Flash. Crisis on Infinite Earths Parts 1-3 literally saw the deaths of billions of people, including most of the superheroes in The CW’s shared universe.

The Arrowverse had been building towards the Crisis on Infinite Earths since the series premiere of The Flash, where a newspaper headline foretold that the Scarlet Speedster would vanish in the cataclysm. However, 2018’s Elseworlds crossover directly set up Crisis on Infinite Earths when a cosmic being called The Monitor (LaMonica Garrett) began testing the superheroes of the Multiverse to see who would be strong enough to stand against the villainous Anti-Monitor. The Monitor forged a pact with Green Arrow (Stephen Amell) during Elseworlds that he would spare the lives of The Flash (Grant Gustin) and Supergirl (Melissa Benoist) in exchange for Oliver Queen sacrificing his life during the Crisis. The Flash then moved up the date of Crisis to December 2019 but the Fastest Man Alive was unaware that the Anti-Monitor destroyed Earth-2 on Arrow, killing billions with his antimatter cannon. Meanwhile, the Monitor began marshaling his forces and turned Lyla Michaels (Audrey Marie Anderson) into Harbinger, who would gather the Arrowverse’s greatest heroes to join the fight. The Anti-Monitor countered by turning Nash Wells (Tom Cavanagh) into Pariah, who was doomed to witness each Earth be destroyed.

For fans of past movies and TV series based on DC Comics‘ superheroes, Crisis on Infinite Earths established that Smallville, Lucifer, Titans, Birds of Prey, and the Superman movies starring Christopher Reeve and Brandon Routh are officially part of the Arrowverse. Routh also reprised his role as the Man of Steel for the first time since Superman Returns while Tom Welling and Erica Durance appeared to give the beloved forerunner of the Arrowverse, Smallville, an ideal swansong. Kevin Conroy, the mega-popular voice of Batman in animation, also appeared to portray a dark version of Bruce Wayne in live-action. And the Arrowverse’s executive producer Marc Guggenheim, who is the mastermind behind Crisis, promises there are even more surprises to come in Crisis‚ final two chapters.

In Crisis on Infinite Earths Part 1, the superheroes of the Arrowverse became aware of the antimatter wave threatening the Multiverse but they were already too late to save a number of worlds, including those occupied by Batman (Michael Keaton), the Titans, and Dick Grayson (Burt Ward) from Batman 1966. However, the heroes made their last stand to defend Supergirl’s Earth-38 from an invasion by the Anti-Monitor’s shadow demons, but the evacuation of the planet cost Oliver Queen his life. Complicating matters is that this wasn’t the death the Monitor foresaw for Green Arrow. Oliver died after passing the Green Arrow mantle to his daughter Mia Smoak (Katherine McNamara) and the superheroes retreated to Earth-1, which was the final target of the antimatter wave.

In Crisis on Infinite Earths Part 2, The Monitor informed the heroes that they must find the Paragons, seven champions who are the Multiverse’s last hope. Supergirl and Batwoman (Ruby Rose) were sent to recruit Bruce Wayne of Earth-99 (Kevin Conroy), who was believed to be the Paragon of Courage. Meanwhile, Superman (Tyler Hoechlin), Lois Lane (Elizabeth Tulloch), and Iris West-Allen (Candice Patton) sought out the Paragon of Truth, who turned out to be the Kingdom Come Superman of Earth-96 (Brandon Routh), just as Lex Luthor (Jon Cryer) used the Book of Destiny to jump across the Multiverse killing Supermen. In addition, Mia Smoak sought to revive her father using a Lazarus Pit on Earth-16 with the help of Sara Lance (Caity Lotz) and John Constantine (Matt Ryan). After realizing that Earth-99’s Bruce Wayne was a lost soul, Batwoman realized she was the true Paragon of Courage. However, the Anti-Monitor corrupted Harbinger and turned her against the heroes.

In Crisis on Infinite Earths Part 3, Earth-1 became the final world remaining. Barry Allen, Cisco Ramon (Carlos Valdes), and Killer Frost (Danielle Panabaker) learned of the Anti-Monitor’s antimatter cannon beneath Central City, which was being powered by an imprisoned Flash from Earth-90 (John Wesley Shipp). With the help of Black Lightning (Cress Williams), who was recruited by Pariah, the heroes freed Flash-90 but the elder Flash chose to take Earth-1 Flash’s place to destroy the antimatter cannon and he sacrificed his life. Meanwhile, Ray Palmer (Brandon Routh), Iris, and Elongated Man (Hartley Sawyer) found Dr. Ryan Choi (Osric Chau), the Paragon of Humanity. However, the Anti-Monitor, disguised as Harbinger, attacked the superheroes and killed The Monitor, just as the antimatter wave annihilated Earth-1.

The seven Paragons were the only heroes to escape the cataclysm and found refuge at the Vanishing Point, but Lex Luthor killed the Kingdom Come Superman, replacing him as the Paragon of Truth. However, a new hope was found when Mia, Constantine, and John Diggle (David Ramsey) with help from Lucifer Morningstar (Tom Ellis), found Oliver Queen’s soul in Purgatory; Oliver was then recruited by Jim Corrigan (Stephen Lobo) to become the new Spectre. This closed out the first section of Crisis On Infinite Earths with a harrowing cliffhanger and left the superheroes at their lowest point.

As for Oliver Queen, he has become something else: the Spectre, who is one of DC Comics‘ most powerful supernatural beings. In the Crisis On Infinite Earths comics series, the Spectre went toe-to-toe with the Anti-Monitor at the dawn of time. Oliver’s transformation into the green hooded spirit of vengeance may make him the Multiverse’s last hope to set things right and give the Arrowverse’s founding hero one final chance to save everyone and everything he loves.

Crisis On Infinite Earths will wrap up with its final two chapters on the same night with Parts 4 and 5 taking place on back-to-back episodes of Arrow and DC’s Legends of Tomorrow on Tuesday, January 14, starting at 8pm. Crisis on Infinite Earths Part 4, which is co-written by Marv Wolfman, who wrote the Crisis comics series, will focus on the Paragons trying to escape Vanishing Point while coping with another serious setback: the sudden disappearance of The Flash. However, Oliver Queen arrives as the Spectre to offer new hope to the Paragons, but is the former Green Arrow the same man the rest of the superheroes know and trust? In addition, Crisis on Infinite Earths Part 4 will feature the secret origins of Mar Novu, the Monitor, and this nemesis, Mobius, who became the Anti-Monitor.

Crisis Part 5 will wrap up the epic crossover on a special episode of Legends of Tomorrow but the details of how the saga concludes are properly being kept under a tight wrap. The logline for Crisis Part 5 simply reads, „Worlds lived, worlds died. Nothing will ever be the same“, which forebodes massive changes for the entire Arrowverse moving forward. Since every Arrowverse series except for Arrow, which is heading towards its series finale, has been renewed by The CW, it could mean that something fans have long suspected will happen: the Multiverse may become a thing of the past and the entire Arrowverse will be combined into one Earth after the Crisis is over. But whatever does happen, fans have every reason to believe the promise that „Nothing will ever be the same“ when the dust settles after Crisis On Infinite Earths. 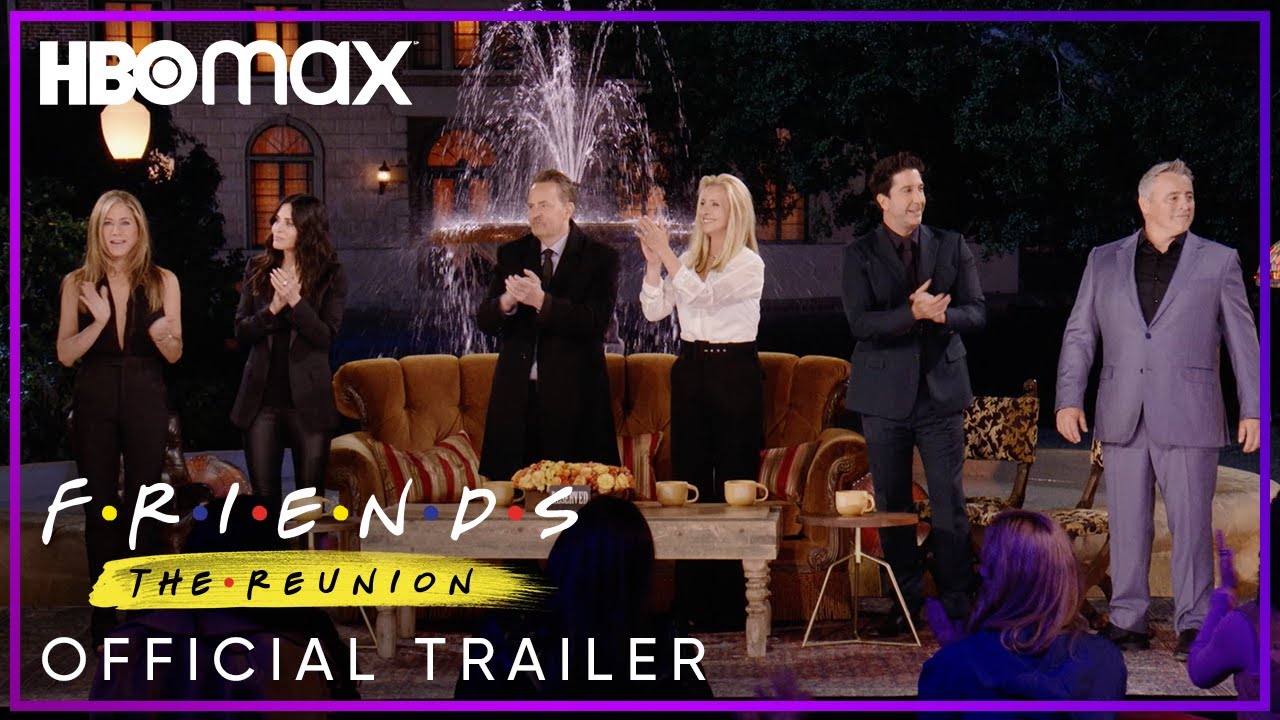