A core tenet of the classic American dream holds that, given sufficient effort, children can climb the social ladder to a higher niche than the one occupied by their parents. In what seems like a perverse twist on an Arthur Miller play, a new study from Northeastern University found an inverse association between social mobility and gun homicide rates. In U.S. counties where social mobility is higher, gun homicide rates are substantially lower than in those where movement up the ladder remains stagnant.

The study, published in the journal PLOS Medicine, looked at the interaction of gun violence not only with social mobility but also with a host of factors, known as social determinants of health, including income inequality, trust in institutions, welfare spending, and racial and economic segregation.

“My study suggests that gun violence has root social causes such as our ability to climb the economic ladder,” says Daniel Kim, author of the paper and an associate professor of social epidemiology at Northeastern’s Bouvé College of Health Sciences. “These root causes can be modified through policies, and this and future related research could give policy makers additional tools to address the gun violence epidemic in America.“

Kim examined the 13,060 firearm-related deaths from 11,244 nonmass shootings and 141 mass shootings—those with three or more victims—thatoccurred in the 48 states of the contiguous U.S. in 2015. Those deaths had previously been analyzed by the Guardian for specific 2010 census tracts (CTs). While they took place in 8,811 different CTs, Kim’s analysis covered a total of 70,579 CTs, home to more than 314 million people in 2015, or 98 percent of the U.S. population at the time.

For the study, Kim looked at the selected social determinants of health at the state, county and neighborhood level, and he controlled for variations in state firearm laws and policies. The most salient conclusions reported in his paper were a 25 percent reduction of gun homicide rates with an increase in social mobility; a 19 percent reduction linked to greater trust in government, media and corporate institutions; and a 14 percent decrease tied to a rise in welfare spending, such as for public-assistance programs and unemployment insurance.

On the negative side, being poor can carry extra risk. The study found that “increases in the neighborhood percentages of residents in poverty” were associated with a 27 percent higher rate of gun homicides. Another troubling factor was that neighborhoods with greater numbers of males living alone had 12 percent higher rates. As for racial and income segregation, the paper noted that there was “limited evidence” of their relationship to gun homicide rates at the CT level.

It was Kim’s findings about the role that inequality plays in gun violence that struck Kyleanne Hunter, vice president for programs at the Brady Campaign to Prevent Gun Violence. “We hear about inequality often, whether it’s in political debates or in socioeconomic discussions,” she says. “But to see in black and white that the greater the inequality that exists, the greater likelihood that you’re going to get shot, that’s really stark. Inequality isn’t just about making money or not making money; it’s really about whether you’re going to survive.”

As the sole author of the paper, Kim marshaled mountains of data for each of the social determinants he explored and each of the CTs he included. To calculate institutional trust at the county level, for example, he harnessed data that combined information on voter turnout in the 2012 and 2016 presidential elections, the mail-back response rate for the 2010 census and survey data on people’s levels of trust in institutions. For social mobility, he drew on research by economist Raj Chetty and his colleagues, based, in part, on “2010–2012 income tax return data on over 10 million individuals born in 1980–1982,” he wrote.

For Peter Masiakos, a pediatric trauma surgeon and co-founder of Massachusetts General Hospital’s Center for Gun Violence Prevention, who was not involved in Kim’s study, his research  “provides additional evidence for clinicians to consider as we evaluate how to discuss firearm safety and violence prevention with our patients, like we do any public health issue. For the medical community to play a role in mitigating the injuries caused by firearms, we must be invested in identifying the root causes of these injuries.”

Masiakos points out that Kim’s paper was published the day after congress announced a $25-million budget line item for the Centers for Disease Control and Prevention and the National Institutes of Health to fund gun-violence-prevention-research projects. “The $25 million is a good start,” he says. “But more federal funding needs to become available so that we can work at reducing the injury burden that has reduced life expectancy in the United States, which is the intent of Dr. Kim’s work.”

As for how that work fits into the unending debate about gun control and subjects such as the meaning of the Second Amendment, Kim sees it as complementary. “As a public health researcher and an epidemiologist, my goal is to improve population health,” he says. “We’re so polarized politically that nothing is getting done. The way I think about it is: this research is an additional tool kit to address the gun violence epidemic.”

You Owe it to Yourself to Check Out SaGa Scarlet Grace: Ambitions 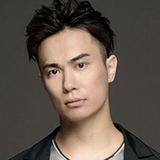