Possibly the greatest living director, and also one of the hardest-working, Martin Scorsese has consistently delivered masterful works of cinema for almost half a century. Every Scorsese movie is carefully considered to execute a unique vision. Even in his latest work, The Irishman, a movie clocking in at almost four hours, every single shot, cut, and freeze-frame felt meticulously pieced together.

The final shot of a film is possibly the most important, because it’s the image that will stick in the viewer’s head as they leave the theater. Scorsese has delivered some astounding final shots throughout his career. Here are his best closing shots, ranked.

There are no winners in The Departed — except, surprisingly, for Sgt. Dignam, played by Mark Wahlberg. As the lead characters we’ve been following throughout the movie are picked off one by one, it appears that Matt Damon’s Colin Sullivan, a cop who’s been working closely with a local crime boss, has emerged the victor.

But Dignam is onto him, and as Colin enters his apartment, he sees the plastic covers on Dignam’s shoes. He accepts his fate: “Okay.” And then, Dignam kills him to avenge a man he didn’t really care for. Pan over to the window, where there’s a rat. It hears a noise, gets frightened, and scurries off out of frame. In The Departed’s final moments, Scorsese basically sums up the whole movie in one shot.

9 The King of Comedy

As the story of a mentally ill comedian in the 1980s who turns on a talk show host, 2019’s Joker movie was heavily inspired by Martin Scorsese’s little-seen pitch-black 1982 satire, The King of Comedy. Like Taxi Driver — which also starred Robert De Niro and was directed by Scorsese – The King of Comedy’s undeserved happy ending for its lead character has had some viewers questioning how much of it was real.

Whether it’s in his imagination or not, Rupert Pupkin is a famous comedian, standing under a spotlight in front of a crowd of adoring fans. So, he just smiles joyously and takes it all in.

8 The Wolf of Wall Street

The surreal ending of The Wolf of Wall Street has the real Jordan Belfort, a free man whose crimes we just indulged for three hours, introducing his own cinematic portrait, played by Leonardo DiCaprio, as “the single baddest mother****r I have ever met.” It’s a seminar for aspiring entrepreneurs who want to learn Belfort’s moneymaking wisdom, and he uses the old “sell me this pen” trick to make them all feel like clueless putty in his hands.

None of them can sell it to him, and he takes back the pen before any of them even have a chance to finish. The camera pans up to the audience, all staring incredulously at Belfort, lapping it up. He made his fortune by scamming people, and the final shot shows that he’s still doing it, just in a different way.

Everything We Know About Homeworld 3

Martin Scorsese and Quentin Tarantino both make notoriously violent movies, but their approaches are basically polar opposites. Whereas Tarantino revels in the fun and aesthetic of stylized violence, Scorsese portrays violent acts very bluntly, with static camera angles and messy blocking. Scorsese has monopolized the crime genre by being one of the few directors whose films advise against a life of crime. He might glamorize the perks of the mafia lifestyle, but these perks are fleeting, and he certainly doesn’t glamorize the violence.

At the end of Mean Streets, the characters meet an abrupt end at the hands of a random shooter. The shooter gets off scot-free and onlookers simply pull the shades over their apartment windows. There is no Hollywood catharsis; just grim realism.

At this point, he’s lost everything. His friends have all died, his family have all left him, and he’s not even healthy enough to live in his own house anymore. When the priest leaves, Frank asks him to leave the door open slightly, and Scorsese lingers on the shot of Frank, alone in his room, viewed through a crack in the door, before rolling the end credits.

There are wondrous shots of the neon-lit streets of New York whizzing past as the end credits of Taxi Driver roll, but the actual final shot of the film sees Travis looking into his rearview mirror in existential confusion. The ending of this movie has been analyzed every which way, but the general consensus is that the final sequence is a fantasy envisioned by a delirious, blood-soaked Travis Bickle as he dies following the climactic shootout.

The final shot calls into question Travis’ place in reality. As he watches Betsy go into her apartment building in the rearview mirror, he notices something askew. And then, he disappears from the mirror and the film is over.

At the end of Shutter Island, the closest thing Martin Scorsese has made to a horror film, Andrew Laeddis is led off to a grave fate. His world has come crashing down and his delusions have crumbled away and he’s come to terms with his reality. He has an ambiguous conversation with Lester Sheehan, the doctor who was supposedly on vacation when Laeddis knew him as Chuck Aule, his partner, when he thought he was a U.S. Marshal named Teddy Daniels.

Filled with guilt, Laeddis says, “Which would be worse: to live as a monster, or to die as a good man?” And then, with a haunting calmness, he heads off to the lighthouse with the orderlies, to be lobotomized.

As the story of how America was made, Gangs of New York might be Scorsese’s most ambitious film yet. Before leaving New York for San Francisco, Amsterdam Vallon buries Bill the Butcher next to his father in a cemetery in Brooklyn. As he and Jenny leave the cemetery, the shot lingers.

The skyline starts to change in a time-lapse as New York City is built over time. The buildings get taller and taller and landmarks such as the Brooklyn Bridge begin to appear. Meanwhile, the graves are grown over and forgotten by time. The only downside is U2 playing on the soundtrack.

At the end of Goodfellas, Henry Hill’s world comes crashing down. He sells out all of his friends in court to get into witness protection, and although he avoided jail, as Scorsese pans across a mundane suburban neighborhood and settles on Henry coming out of his house to get his newspaper, we realize he is in a kind of jail. He is no longer “somebody in a neighborhood full of nobodies.” Now, he’s “like everyone else…a schnook.”

He looks out at the camera and the shot cuts to Tommy DeVito shooting at the camera, a la 1903’s The Great Train Robbery. This isn’t happening for real, because Tommy was whacked earlier in the film. But symbolically, a gangster who got whacked shooting at the camera following a shot of an unsuspecting Henry represents the chance that Henry could get whacked himself at any minute, and he’ll be looking over his shoulder for the rest of his life.

#Things You Didn’t Know About The Simpsons Cops -BB

The final scene of Raging Bull, Martin Scorsese’s near-perfect cinematic study of boxer Jake LaMotta, mirrors the opening scene. It returns to 1964, where an aging, overweight LaMotta (Robert De Niro) recites the “I coulda been a contender” monologue from the movie On the Waterfront into the mirror in his dressing room. Having slimmed down and bulked up to convincingly play LaMotta in his heyday, De Niro then gained around 30 lbs to play the boxer in his later years.

The mirror works perfectly with the theme of LaMotta reflecting on his life. When a stagehand tells LaMotta that the audience is waiting for him to perform, he chants, “I’m the boss,” into the mirror while shadowboxing. Then, he exits the frame. It was a really poetic way to end the movie.

30 smartphones that are set to get Airtel, Reliance Jio’s ‘new’ calling feature 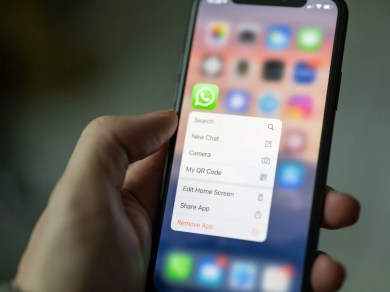 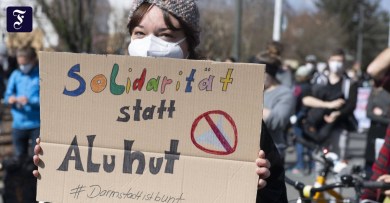