It was American poet John Ashbery who once wrote, “The first year was like icing. Then the cake stared to show through…” If you are Chinese brand Realme then the above quote is quite apt. In the first year, Realme took everyone by surprise as it sold an impressive number of smartphones in India and clocked even more impressive figures of growth. Analysts suggest that there has been a 400% growth attained by Realme in one year. Realme’s strategy has been quite direct: cut market leader Xiaomi’s presence by launching devices that are high on features and low on prices. While that’s a strategy that seems to have done wonders for Realme, it’s a different ball game to compete with the ‘big boys’ like OnePlus. With the launch of Realme X2 Pro, Realme is venturing in the space of flagship smartphones by offering some of the most competitive specs we have seen on an Android phone at an even competitive starting price of Rs 29,999. We spent some time with the Realme X2 Pro and here is our review:

First impressions aren’t the last impressions and Realme should be thankful that this adage doesn’t hold true because at first glance the Realme X2 Pro looks like a standard Realme smartphone. It has a familiar water-drop notch on the front and a vertically arranged quad-camera setup placed at the rear of the device. Hold the smartphone and you see the premium ness make its presence felt. You get a fully Gorilla Glass 5 clad handset with an aluminium frame making it more superior than any of the Realme smartphones we have seen so far.

Realme X2 Pro comes in two colour options: Lunar White and Neptune Blue. The review unit we received was the former that reflects shades of yellow and purple when exposed to lights at certain angles that certainly doesn’t look gaudy.

Moving on to the sides, the left edge of the Realme X2 Pro houses the volume rocker keys and you get the power button and the dual SIM-card tray on the right edge. The bottom edge has a USB-C port, primary speaker and a 3.5mm headphone jack for those of us who like them some wired earphones.

We would have appreciated the design of the Realme X2 Pro much more if the company had opted for a design overhaul for its first flagship to make it look distinct from the rest of the Realme smartphones. The only notable change for you to know whether this is the Realme X2 Pro is the placement of the company logo. Instead of being at the bottom, the Realme logo is now placed at a rather unconventional place on the right side of where the camera ends. Perhaps it is done for better visibility but it does seem a bit off-placed.

The Realme X2 Pro has a 6.5-inch Super AMOLED screen of 2400 x 1080p resolution and 100% DCI-P3 colour gamut. You also get the blazing 90Hz refresh rate that just makes the experience of using a smartphone a delight.

For those unaware, the 90Hz refresh rate on a smartphone basically makes everything smoother. App switches, navigation, gaming, watching videos — all that you do on the screen of the smartphone is simply snappier.

Three out of four OnePlus smartphones of 2019 boast of a 90Hz refresh rate as one of its key highlights and Realme X2 Pro offers the same feature making it clear that it is not going to lag behind with the trending features. The smartphone offers you to turn off the 90Hz by switching to the 60Hz which will improve the battery life on the device.

In our experience, we found the display to be super bright with vibrant colour reproduction. Even at tricky angles, you get to see the major content on the screen, so that’s another plus. Even during gaming, the graphics seemed pretty vivid and rich. Even the sunlight legibility of the display is quite impressive. Slim bezels and the tiny notch placed on the display of the Realme X2 Pro just add to the whole package.

Under the display settings, you can adjust the colour temperature and font size of the display.

Camera
What can be categorised as one of the most competitive camera specs on a flagship smartphone this year, Realme X2 Pro offers a 64MP quad camera setup with 20x hybrid zoom. The primary 64MP lens uses Samsung’s ISOCELL Bright GW1 sensor with f/1.8 aperture — also seen on the Realme Xt smartphone. This is accompanied by a 13MP telephoto sensor that comes with support for 2x optical zoom, 5X hybrid zoom and up to 20x digital zoom. Next, there is a n 8MP wide-angle camera with an f/2.2 aperture and a 115-degree field of view and lastly, you get a 2MP depth sensor with f/2.4 aperture.

Starting with primary sensor, this 64MP sensor makes use of pixel binning technology so the standard images are captured in a 16MP resolution. In order to click an image in 64MP resolution, you will be required to turn on the 64MP mode. The images captured by this sensor turn out to be well detailed and with good dynamic range and naturally produced colours. This was more true for well-lit surroundings as compared to slightly dim-lit areas. However, using the Nightscape mode, results in images that are sharp and crisp but that may be at the cost of them looking slightly artificial.

Even the results from the telephoto lens offer accurate colour reproduction, however the images aren’t as sharp as you’d expect. Also, the noise level is bearable till 10X as beyond that it can only assist in capturing larger articles and not text-heavy objects.

Moving on the wide-angle camera, the sensor did not keep up with the two aforementioned lenses in terms of colour reproduction as images turned out to be a bit dull. Realme has got the Nightscape mode for this sensor as well, but we would advise you to refrain from using it as the images are just not up to the mark. The Macro mode on the Realme X2 Pro uses this wide angle sensor, which is said to click images from 2.5cm from the subject. Here the sensor does a fine job in delivering the detail-oriented images.

On the front, the Realme X2 Pro offers a 16MP selfie sensor that also does a good job. Thanks to the Nightscape mode, even the images captured in lowlight are also better than some of the images captured by the competition. Overall, one has to appreciate packing in a lot of features in the camera but the results are a mixed bag. Something that doesn’t bode really well for Realme X2 Pro if it wants to stake a claim to offering a proper flagship experience.

The tag of being a flagship essentially comes down to what — apart from a solid camera — the hardware specs of the phone are. Realme X2 Pro being the company’s first flagship is as competitive as some of the best Android smartphones. The device comes powered by Qualcomm’s Snapdragon 855 Plus processor, which is the cremè de la cremè. Realme has launched two variants of the Realme X2 Pro and even the base variant of the device has 8GB RAM and 128GB internal storage. The more powerful version offers 12GB RAM and 256GB storage. With these storage options, Realme has taken the liberty to not offer microSD card support probably betting on the fact that this should suffice both casual and power users, and that’s true.

With all this hardware prowess, we naturally didn’t face any lag and frame freezing while using the Realme X2 Pro. The day-to-day activities were super smooth but on rare occasions we encountered heating of the phone when subjected to extensive gaming. Speaking of gaming, while the overall experience was pleasing, we did feel that the graphics rendered slowly. The Realme X2 Pro boasts of HyberBoost 2.0 that offers features like Do Not Disturb mode while gaming and semi-transparent pop-up windows for uninterrupted gaming experience.

Also, even though the company has started recruiting users of Realme X2 Pro for the beta testing of the ColorOS 7 that is based on Android 10, as per the official roadmap it plans to rollout this to all the users by March 2020, which is quite late being a flagship.

Battery
The Realme X2 Pro comes backed by a 4000mAh battery but that is not the highlight of the smartphone. It is its fast charging capability. Realme has offers a 50W SuperVOOC Flash Charge with the Realme X2 Pro that is the highest that any smartphone in India offers.

At the time of the launch, Realme claimed that the Realme X2 Pro can attain 100% charge in 35 minutes and up to 80% in 30 minutes. During our testing, we found that Realme wasn’t exaggerating as some other brands often do.It managed to reach these levels of charging in the claimed time and that is undoubtedly the best thing about the device.

Verdict
The Realme X2 Pro is the company’s first offering in the Indian flagship smartphone market and we can say that with specifications like 90Hz refresh rate, up to 12GB RAM, 64MP quad rear cameras, it certainly has the potential to be your next buy if you’re looking for a complete smartphone experience.

Moreover, with Qualcomm Snapdragon 855 Plus processor on-board, the Realme X2 Pro has become the cheapest device to offer this chipset as it has been launched at a starting price of Rs 29,999. The second variant that costs Rs 33,999, which is still cheaper than the OnePlus 7T that costs Rs 37,999 but is selling at Rs 34,999 right now.

However, a near-perfect smartphone, it still lags on the software front and in some instances in the camera department. The latter is where the
OnePlus 7T has a better grip. To go back to what Ashbery said about cake and icing, Realme would soon realise that on most occasions, it’s not the icing but the cake that really matters. The icing — first year as per Ashbery — has been delicious for Realme. However, Realme will soon realise that when it comes to the cake — as it’s not the case with the X2 Pro — you have to have all the ingredients in the right proportion. 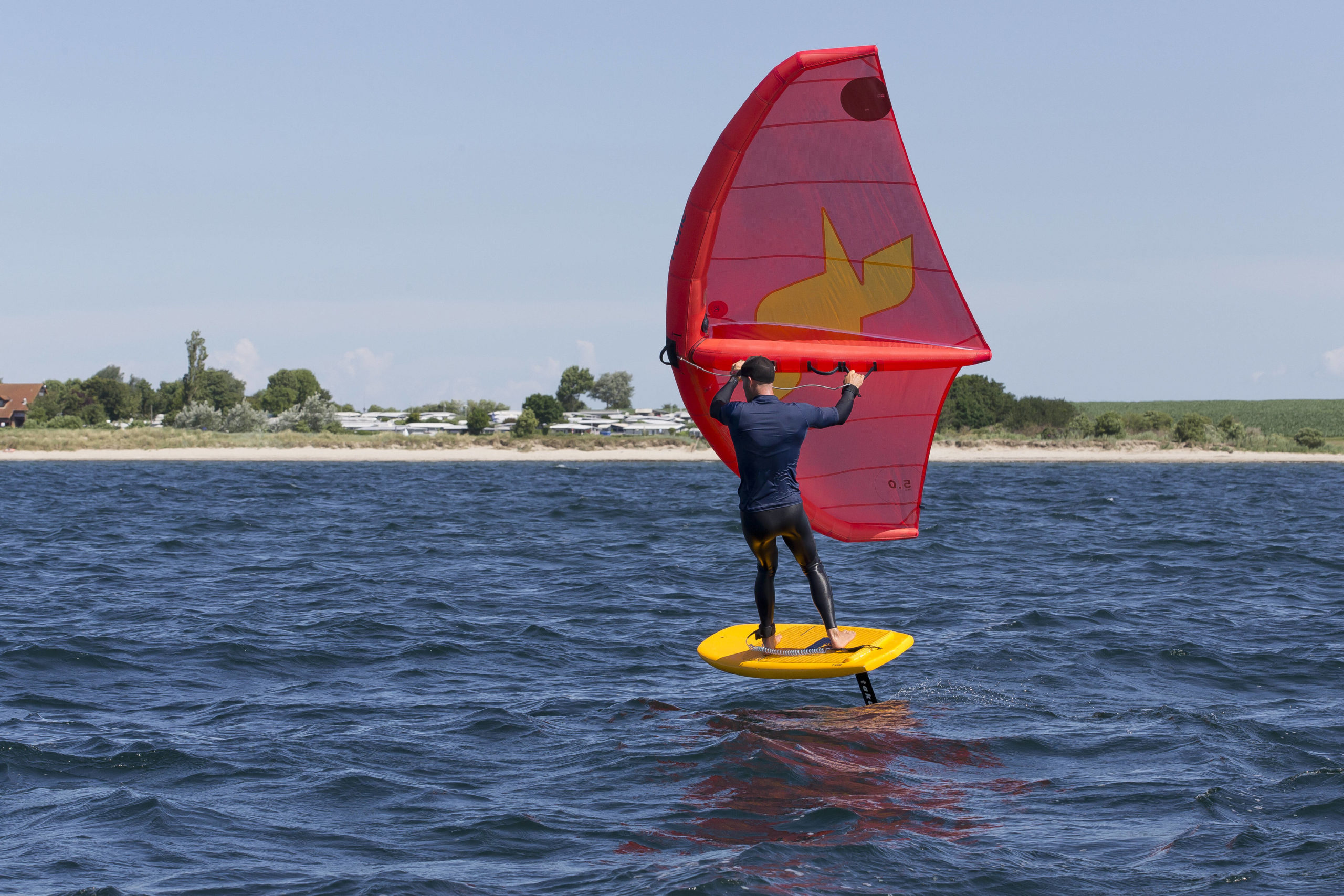