Warwick Davis is a global treasure. To legions of Star Wars fans, he will always be known for his numerous roles within George Lucas’s universe, from his acting debut as Wicket the Ewok in Return of the Jedi to his more recent cameos in Disney’s current wave of Star Wars adventures. He even provided voice work for multiple episodes of the critically acclaimed Star Wars: Rebels. Still others know him from his work on the Harry Potter series, or even his Ricky Gervais-produced TV show, Life’s Too Short, to say nothing of the campy cult classic Leprechaun horror movies.

Davis can currently be seen in the 2019 Disney film, Maleficent: Mistress of Evil. In the fantasy sequel, he plays Lickspittle, an enslaved pixie who is forced into servitude by an intimidating villain, conducting unholy science experiments for his malevolent master. It’s a key role in the film, and Davis is perfect in the role of an unwilling servant of a cruel mistress.

While promoting the home video release of Maleficent: Mistress of Evil, Warwick Davis spoke to Screen Rant about his work on the film and his decades-long career in the film industry. He talks about the extensive makeup process he frequently undergoes as part of his job, and how blockbuster fantasy films will always be the preeminent cinema experience for those looking to travel to other worlds via the magic of movies. He also talks about his acting style and how he managed to successfully play multiple characters in Harry Potter and the Deathly Hallows Part 2.

Maleficent: Mistress of Evil is out now on all home video platforms.

Before we start, I just have to say, you have no idea how giddy I am to get to talk to you… Or maybe you do, since I mean, you’re a global treasure.

That means a lot, thank you, I appreciate that very much. But I’m just doing what I do, and we do forget, I think, sometimes, that what you do can mean a lot to people. I do know that, from my experience when I was 11 years old, meeting Harrison Ford, Mark Hamill, and Carrie Fisher for the very first time. I was unable to see them as actors, and only seeing them as Han Solo, Luke Skywalker, and Princess Leia. That’s how I was the whole time I was working on that movie. So I can also be a fan, as well. I do appreciate that, very much.

That’s so cool. I want to dive right in to Maleficent: Mistress of Evil, which completely blew me away.

It’s a fun movie, isn’t it? It’s really good! Unlike in some sequels, this one feels like it serves a purpose, do you know what I mean? It wasn’t like, „Let’s do some more since we’ve established the world.“ It felt like you needed this, since it furthers the story. It was a really interesting watch, and for me, it was about how wonderfully beautiful that world is, as well. How well it works as a fantasy genre piece.

Like all the best fantasy movies, not to beat the Star Wars drum too hard, it’s truly a grown-up movie with relevant and important themes, but it is also family friendly and just a joy to get lost in that world.

Oh, absolutely. I don’t think the filmmakers necessarily set out to make something that was so relevant as far as its themes go, but if you look at the themes of the movie, there’s quite a few that are very relevant right now, and filmmakers set out to make an entertaining movie that will move people and entertain them and all of that sort of thing. But we’ve also made something that feels very relevant. A lot of the points in it are very poignant to what’s happening in the world today, on a number of levels. Ultimately, I think it’s a really entertaining and fun movie!

It certainly is not your typical blockbuster!

But what’s satisfying for me is, when you work on a film… It still baffles me, and I’ve been in the industry for nearly 40 years, how much work and effort it takes to make a motion picture. I still think that only a small percentage of viewers fully understand that. Just how many hours go into putting one shot together! How much work it takes, how many people it takes, how much blood, sweat, and tears go into it. On Maleficent, I was sitting there, and my mind was boggled; it’s such a gargantuan production! And you read the script, and you think, how on Earth are they ever going to put this on screen? The description of the visuals, and what happened, how are we ever going to get there? But through painstaking work and time and effort, you see it on screen, what you read on the page. It never ceases to amaze me.

That’s a great point. Even though I’ve always been so interested in movies, that’s why I wanted to get a job like this in the first place, but it wasn’t until I got to go visit a set that I got to see all those pieces separately. It wasn’t even a huge blockbuster movie, but when you spend three hours watching them shoot a 20-second scene, that’s when it really hit me just how much work has to go into every second, because if you don’t go 100% all the time, the audience will know!

That’s right! And it doesn’t stop there, because post-production is a hugely time-consuming and extensive process, involving a great number of people. It doesn’t stop with what we do on the set. It goes on and on for a good year afterwards. I think audiences are more discerning now than they ever were, and they expect, not only a great story and great characters, but they expect wonderful spectacle, as well. I think cinema works best in the sci-fi/fantasy genre. That, for me, is pure escapism. You go into this darkened space and you’re taken somewhere else that you can’t find anywhere on Earth. I think that’s the magic of cinema, for me.

Speaking of that magic, I’m almost embarrassed to admit, in your first two scenes, I didn’t even realize it was you!

That’s great! I love to hear that! Nothing delights me more than to hear that, because it means job well done by the makeup department, and by me as well, because I’ve managed to transform myself enough in performance that nobody recognizes me. It was the same in Harry Potter; people didn’t realize I played Griphook, and people didn’t know I was Marvin the paranoid android in Hitchhiker’s Guide to the Galaxy. They thought he was CG! So for me, that’s cool, I feel like I’ve managed to pull it off, that I’ve taken the elements of myself out of it, and put somebody else on screen, with the help of the extremely talented makeup artists. But you also have to transform the way you walk, the way you do stuff. Particularly between Flitwick and Griphook in Deathly Hallows Part 2. I had to make sure, since they’re in the same movie, that everything was different. They walked different, and their mannerisms, everything had to be different. For me, that was a big challenge. Because you walk the way that you walk, and you have to keep it up. In addition to performing the character, I have to make sure my legs are doing a different thing than they naturally want to do! But yes, your saying that, I feel very flattered that you said that. Thank you.

Are you immune to the length of time it takes to transform through makeup? I imagine it’s claustrophobig to wear the makeup and masks. Do you meditate or something to get through it?

So, comparatively, it’s kind of a relief when you get to play someone like Weazel in The Phantom Menace and Solo?

Yeah, that’s lovely! Basically, it’s you. You’re not getting involved in the makeup chair… Although, there was still makeup. I had scars and things, and a wig for that character, so you’re still in the makeup chair for an hour or so, but nothing to the extent of Lickspittle, which was about three and a half hours. And not forgetting things the audience might not notice. I had prostheses on my hands as well. My hands had to match the character’s face, so… You know, he’s got a bit of a gnarly, wrinkly face. His hands have to be the same! I had nail extensions on and everything. That was challenging throughout the filming day, just eating and drinking and stuff. Even using my mobile phone became really difficult with a hand prosthetic. Oh, it was funny, my iPhone has Face ID on it, and I was like, „It’s broken, it’s not working!“ And then I remembered, I don’t look anything like I normally do! Of course it’s not going to recognize Lickspittle on the Face ID.

That’s hilarious. You have such a wide appeal. Obviously, I’m a huge Star Wars fan, but my best friend is like, not into that stuff at all. She couldn’t care less if she tried. But we watched the entirety of Life’s Too Short together. We just devoured it. I imagine you have to be a pretty good sport to be in the same room as Ricky Gervais, right?

(Laughs) Well, you do. The filming of Life’s Too Short is challenging because of that man. Ricky and Stephen are hugely talented guys, that goes without saying. But when you work with Ricky, he loves to have fun and play practical jokes and all that stuff. But at the same time, you’re really getting the work done. You’ll start at 8:00 AM, and work ferociously through to mid-afternoon, and then we’re done for the day! Ricky’s gotten everything he needs, we’ve gone through the whole schedule, the shot list is done, and we can go home. We work very hard when we work, but we don’t work really long days. That’s kind of Ricky’s trademark; you work very hard, very fast. They know what they want to get from the scene, and as soon as they see it, they move on. Why overshoot something when you’ve already got it? But yes, you do have to have a sense of humor about yourself! But what a lot of people don’t know about Life’s Too Short is that I co-created the series with Ricky and Stephen. A lot of the stuff that happens to Warwick in the series, happened to me, in some version! Those things have also happened to me.

Maleficent: Mistress of Evil is out now on all home video platforms. 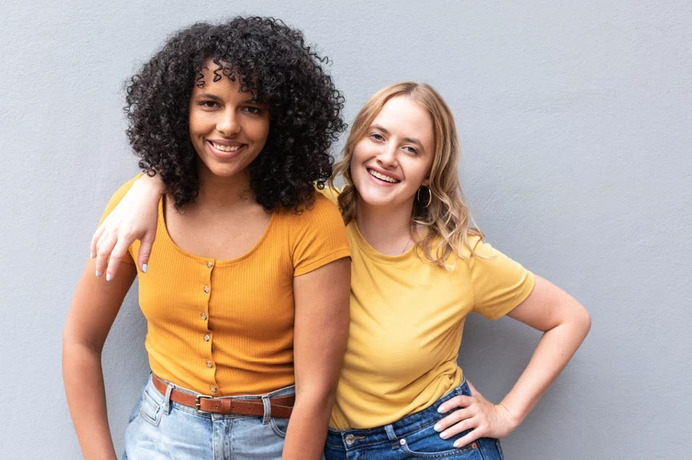 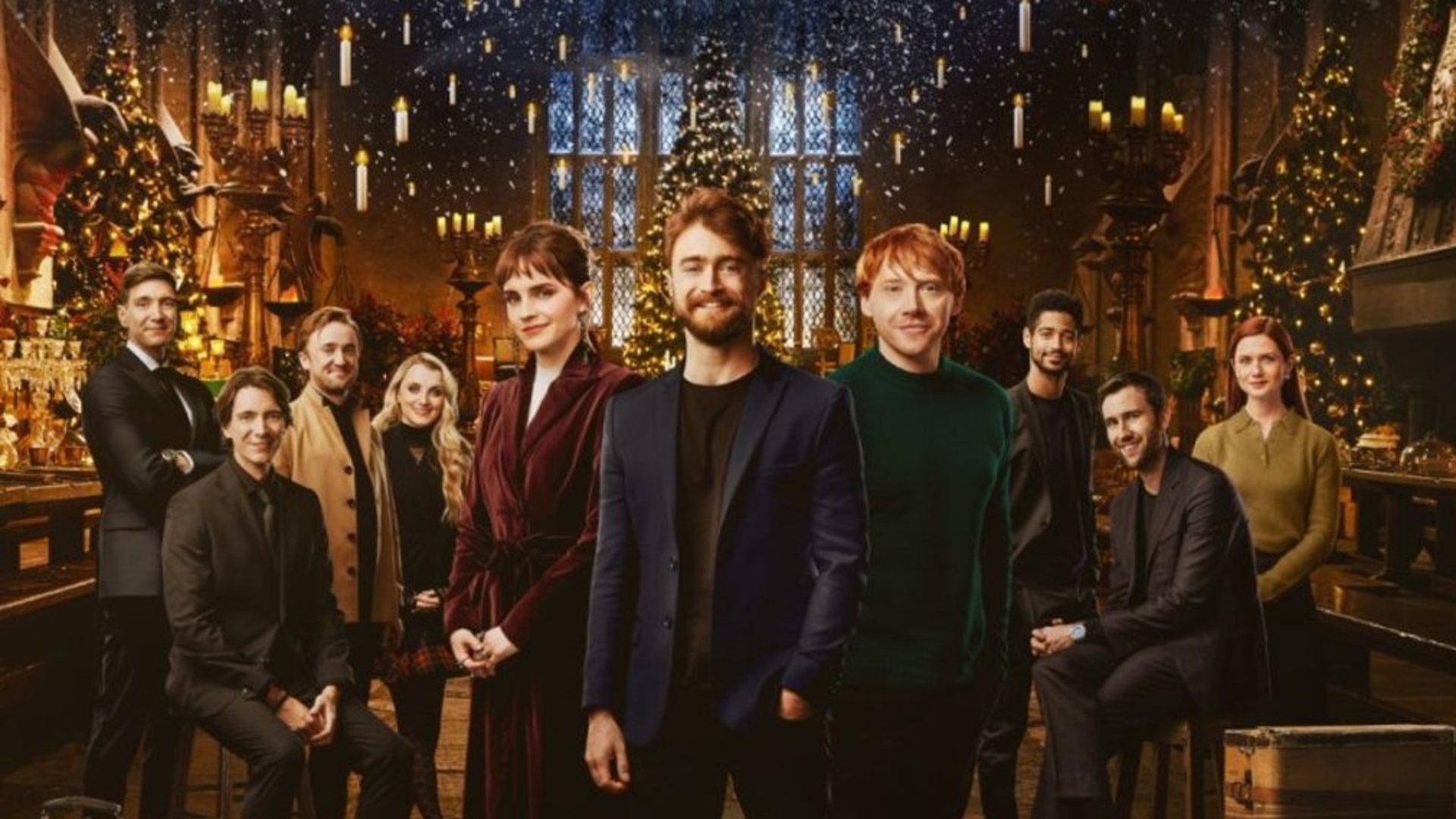