Duane „Dog“ Chapman, or better known as Dog the Bounty Hunter has revealed that he is now „broke“ and left without a TV contract. The bounty hunter has had a hard year which included the loss of his beloved wife.

Beth was first diagnosed with throat cancer back in 2017 and soon after had entered remission. Sadly, a year later she was told her cancer had returned and spread to her lungs. The reality star only went through one round of chemotherapy before announcing she would not seek further treatment. Beth died on June 26th due to complications from her throat cancer at The Queen’s Medical Center in Honolulu, Hawaii. She was only 51. The bounty hunting duo had been married since May of 2006. Her death came as a shock to the Chapman family as they had continued to film their reality show, Dogs Most Wanted.

According to Dog’s interview with The New York Times, Dog had been hidden away in the backwoods of the Rocky Mountains trying to figure out what to do with his life. The reality star had been living in Pine, Colorado shortly after Beth had passed on thinking about his colorful past which included having 12 children, 11 grandchildren, four wives, being convicted of robbery 18 times, and having been responsible for the capture of 10,000 fugitives. Dog revealed in the interview that he would have to pay $1.5 million if he couldn’t catch the person accused of dealing drugs, who had fled to California. He admitted, „I’m broke.“ Part of the lack of funds comes from financially supporting his numerous children and grandchildren  and the overwhelmingly high medical bills left from his wife’s cancer battle. The star even opened up about the possibility of losing his house if he does not come across his next bounty or some kind of TV contract.

Along with the news of the star being finically stuck, he announced that he is also extremely lonely. The bounty hunter’s manager, Amy Weiss, confirmed that the star had been struggling since the loss of his wife saying he is lost but also needs to provide for his family. The profile did show off the bounty hunter’s incredible determination and how it had helped him get through tough times in the past which included drug charges and a stint in prison. Dog told readers that he was a „prime example of the system“ and explained that he was given a second chance at life.

2019 had not been a good year for Dog as he also had a health scare thanks to a pulmonary aneurysm, which is a blood clot inside the patient’s lungs. The reality star did have an idea for a new show which would be called Sheriff Dog and would be based around the premise that the State of Texas would pardon the star of his murder conviction from 1976 and let him become a real sheriff, which sounds like a great idea to us. 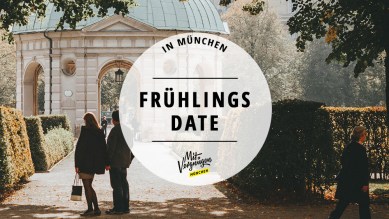 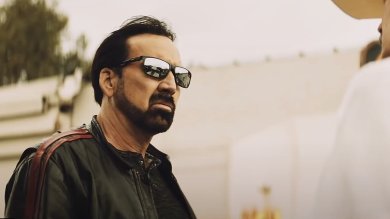