NEW YORK: The global shipments of used smartphones, both officially refurbished and used ones – will reach a total of 206.7 million units in 2019 — an increase of 17.6% over the 175.8 million units shipped in 2018, according to a new report from the International Data Corporation (IDC).

„In contrast to the recent declines in the new smartphone market, as well as the forecast for minimal growth in new shipments over the next few years, the used market for smartphones shows no signs of slowing down across all parts of the globe,“ said Anthony Scarsella, research manager with IDC’s aWorldwide Quarterly Mobile Phone Tracker‘.

Refurbished and used devices continue to provide cost-effective alternatives to both consumers and businesses that are looking to save money when purchasing a smartphone.

„Moreover, the ability for vendors to push more affordable refurbished devices in markets in which they normally would not have a presence is helping these players grow their brand as well as their ecosystem of apps, services, and accessories,“ said Scarsella.

This growth can be attributed to an uptick in demand for used smartphones that offer considerable savings compared with new models.

Moreover, original equipment manufacturers (OEMs) have struggled to produce new models that strike a balance between desirable new features and a price that is seen as reasonable.

Looking ahead, IDC expects the deployment of 5G networks and smartphones to impact the used market as smartphone owners begin to trade in their 4G smartphones for the promise of high-performing 5G devices.

Although drivers such as regulatory compliance and environmental initiatives are still positively impacting the growth in the used market, the importance of cost-saving for new devices will continue to drive growth, said IDC.

„Overall, we feel that the ability to use a previously owned device to fund the purchase of either a new or used device will play the most crucial role in the growth of the refurbished phone market.

„Trade-in combined with the increase in financing plans (EIP) will ultimately be the two main drivers of the refurbished phone market moving forward,“ said Will Stofega, Program Director, Mobile Phones. 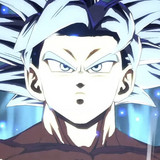