Undeterred by Amazon’s lawsuit, Microsoft is going the whole hog on recruiting people for the prestigious $10 billion Pentagon Cloud project it won despite Amazon Web Services (AWS) being the favourite.

According to a CNBC report, Microsoft „has been trying to lure talent from defense contractors and other companies and get employees the necessary authorization to work on the project“.

According to Brad Smith, Microsoft’s President and chief legal officer, „we have if anything been moving even faster since that contract was awarded“.

Microsoft’s website lists more than 100 openings for people with security clearances and the openings include principal software engineering managers and principal programme managers.

Amazon has alleged in its complaint — filed against the US government’s decision to award JEDI (Joint Enterprise Defence Infrastructure) contract to the „less competitive“ Microsoft — that Trump abused his position to put „improper pressure“ on decision-makers for personal gains and show his hatred towards Amazon CEO Jeff Bezos who owns The Washington Post.

In the formal protest unsealed at the US Court of Federal Claims, Amazon said the US President „launched repeated public and behind-the-scenes attacks“ against the company in an effort to undermine its bid and hurt its founder and CEO Bezos, „his perceived political enemy“.

The Department of Defense (DoD), however, said that the procurement process was conducted by seasoned procurement experts.

„The department is confident in the JEDI award and remains focused on getting this critical capability into the hands of our warfighters as quickly and efficiently as possible,“ DoD said in a statement.

„President Trump’s animosity toward Mr. Bezos, Amazon, and the Washington Post is well known, and it originates at least in part from his dissatisfaction with the Washington Post’s coverage of him from before he assumed office,“ Amazon claimed in its filing.

To Combat Climate Change, See the Forest for the Trees 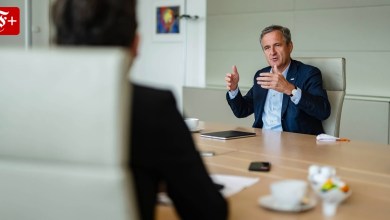