The League of Pan will be another addition to Syfy’s ever-growing portfolio of scripted originals. In 2020, the TV channel will also launch a horror TV series featuring Chucky, the iconic evil doll from Child’s Play, as the protagonist. Don Mancini, the creator of the original movie, will write the series and direct the first episode. Last year, Syfy also ordered a TV adaptation of the classic comic Resident Alien.

As Syfy Wire reports, McCauley Johnson is collaborating with the TV channel to create The League of Pan, a series featuring the beloved Peter Pan and his friends. In the TV series, Wendy and the Lost Boys have grown up. They return to Neverland to fight a new enemy that threatens to destroy the island. The series will tackle the topic of growing up and the challenges that come with becoming an adult. „Syfy is developing an original take on the classic, setting the limited series in uncharted lands, making for new adventures and showcasing these characters like you’ve never seen them before,“ said Bill McGoldrick, Original Content President of NBC Universal Entertainment Networks and Direct-to-Consumer.

But The League of Pan isn’t the first Syfy series inspired by J.M. Barrie’s unforgettable character. In 2011, the American TV channel launched Neverland, a Peter Pan prequel. In this miniseries, Peter Pan is part of a band of young street thieves. During one of his robberies, he finds a strange orb that transports him and his friends to Neverland. Directed by Nick Willing – who previously explored the world of fairy tales in Tin Man and Alice – Neverland had mixed reviews and a 57% Rotten Tomatoes rating. The boy who never grows up also inspired the world of cinema. The most famous spin-off of Barrie’s novel is Hook by Steven Spielberg, released in 1991. Pan, instead, is a Peter Pan prequel released in 2015 starring Hugh Jackman, Amanda Seyfried, Cara Delevigne and other famous actors.

The League of Pan aims to mix beloved characters from the viewers‘ childhood with a powerful message about adulthood and the responsibilities that come with it. The success of recent fairy-tale-themed TV series like Once Upon a Time indicates that this Peter Pan sequel has huge potential. Only time will tell if the differences with the story’s most famous telling, the classic Disney movie, will deter the fans from enjoying the sequel.

What We Do In The Shadows Season 2: What We Know So Far

Loss of Large Mammals Stamps Out Invertebrates, Too 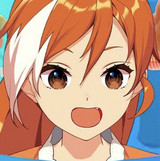