The first season was a runaway success with fans and critics alike as it followed the format of the original 2014 movie. While the cast might have changed, the new crew of vampire roommates living together on Staten Island quickly won over viewers. What We Do In The Shadows co-creators and stars Jemaine Clement and Taika Waititi returned to work on the series, though they mostly stayed behind the cameras this time. Their involvement ensured season 1 kept the spirit of the beloved movie, while being able to move on with a new cast in a new setting.

There is plenty of anticipation for what the new episodes will bring. Here’s what’s known so far about What We Do In The Shadows season 2.

It’s expected that the main cast of season 1 will all be returning, including Kayvan Novak as Nandor, Natasia Demetriou as Nadja, Matt Berry as Laszlo, Harvey Guillén as Guillermo, and Mark Proksch as Colin Robinson. It’s also been revealed that Mark Hamill will guest star in an episode, though information about his character hasn’t been announced.

As for what’s happening behind the scenes, Jemaine Clement will return at the helm, while co-creator Taika Waititi will not be involved in What We Do In The Shadows season 2. Waititi directed three episodes in the series‘ first season.

Because of the way season 1 left off, it’s expected What We Do In The Shadows season 2 will start off with a focus on Guillermo. While Guillermo worked as Nandor’s familiar throughout the first season in an effort to become a vampire, things headed for a cliffhanger when it was revealed via DNA test that he was actually a descendant of famed vampire hunter Abraham Van Helsing, which would mean he is destined to kill the vampires he’s been hanging around with. That dynamic and others are sure to provide laughs for fans when What We Do In The Shadows second season kicks off in April. 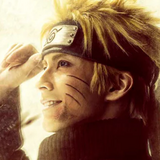