There are a number of celebrities who need to join The Real Housewives. After all, the Bravo franchise has become a pop-culture monolith, and continues to make reality television superstars out of nearly everyone who appears on its shows.

Ever since The Real Housewives of Atlanta debuted October 7, 2008, the show was an instant hit with fans. The largely African-American cast resonated with viewers who long clamored for diversity on the network. Now in its 12th season, the reality powerhouse has offered its signature peaches to Cynthia Bailey, Kim Zolciak, Kim Fields, Kandi Burress and more. Still, it would be fun to watch a couple of Millennial-friendly additions to the cast.

Reality veteran Toya Wright already has a number of shows under her belt. The former Mrs. Lil‘ Wayne has been crushing it on Growing Up Hip Hop: Atlanta, as well as on Friends and Family Hustle. Fans love her honesty and vibrant personality. She also knows how to handle drama when it arises.

Singer Monica is another name mentioned as a possible Housewife. From her chart-topping days battling vocalist Brandy on the duet, „The Boy is Mine,“ or her ode to introspection, „Don’t Take It Personal,“ the Georgia native would bring a substantial amount of clout to the show. Not only that, but she’s a recent divorcee, which means she’ll have plenty of time to engage in those notorious cat fights.

Wendy Williams‘ name has been dropped on more than one occasion as a possible cast member on Real Housewives of New York. Williams was married to Kevin Hunter for more than two decades before their union ended in scandal. Not only that, but now that Williams is diving into the single life with famous friends Tiffany Haddish and Real Housewives of Atlanta grande dame Nene Leakes, she’s more interesting than ever. She even has a BFF in Luann de Lesseps, who is a regular friend to her show. A Wendy Williams storyline would never be anything less than provocative and fun to watch.

Hannah Bronfman is another New York Housewife fans never knew they wanted. The heiress and celebrity DJ is married to music manager and DJ Brendan Fallis, and would add an air of undeniable cool and sophistication to each episode.

On the West Coast, why not cast Jennifer Flavin Stallone to the Real Housewives of Beverly Hills squad? Stallone is a stunning former model and current skincare mogul. She’s been married to Sylvester Stallone since May 1997, and the couple has three daughters together. Stallone is smart, perky, and funny. The other Housewives might discount her at first, but she could definitely give as good as she gets.

Kris Jenner has a friend in Beverly Hills maven Kyle Richards. The besties live near each other, socialize together, and have even made cameos on the other’s show. Jenner is witty, stylish, and a total boss. She’d have Lisa Rinna quaking in her Louboutins.

A fabulous wildcard, or maybe just fantastic stunt casting, would be Reese Witherspoon. The actress and producer is married to agent Jim Toth and resides in Beverly Hills with her family. Witherspoon could tackle the Real Housewives of Beverly Hills drama in the same way her character Madeline puts those snobby trophy wives in check on Big Little Lies.

Although each of the Real Housewives franchises are distinctive, they could all use an infusion of something new. Many of their more popular stars like Teresa Giudice, Bethany Frankel, and Lisa Van Der Pump have either left the series or have lives that seem to be taking them in a different direction from their costars. Bravo also needs to think to the future and what will attract the next generation of viewers. Sure, we know and love these stars now, but in a few years, when many of them decide the shenanigans are too much, it’ll be necessary to have some fresh meat lined up and ready to impress. Besides, as popular as these ladies have been, it’s doubtful that this series is going anywhere. 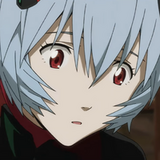