„10 Celebrities You Forgot Were On Murder She Wrote“

The TV show Murder, She Wrote is the very definition of an oldie but a goodie. It originally aired on CBS between 1984 and 1996, garnering high ratings and endless acclaim for lead actress Angela Lansbury. In fact, Lansbury still holds the record for the most nominations and wins for an actress at the Golden Globes, with ten nominations and four wins.

But it wasn’t just Lansbury’s show. Many other actors came and went, some of which you undoubtedly know. Such is the magic with old television.

These are ten big name celebrities you forgot were on Murder, She Wrote.

You probably know John Amos from TV, as he played James Evans, Sr. on the CBS comedy Good Times. But it wasn’t just his role as James Evans, Sr. that earned him notoriety. He also had the recurring role of Percy Fitzwallace on The West Wing, he played Cleo in Eddie Murphy’s Coming to America, and he was one of the main bad guys in Die Hard 2.

Long after his „time“ on Good Times came to an end, Amos returned to CBS for an episode of Murder, She Wrote. He played Doc Penrose in the season three episode „Death Takes a Dive“.

William Atherton made a name for himself in the 1980s by playing slimy sleazeballs. You undoubtedly know him as Walter Peck from Ghostbusters. He was the subject of one of Bill Murray’s more…salacious jokes in the movie.

And, like John Amos, he played a bad guy in the Die Hard series; he was Richard Thornburg in the first movie, who was often referred to as (quite appropriately) Dick. He actually appeared in three episodes throughout the show’s run – 1985’s „Murder in the Afternoon“, 1987’s „Murder, She Spoke“, and 1991’s „Judge Not“.

Ned Beatty is a highly decorated actor, having been nominated for two Emmy Awards, one Academy Award, and one Golden Globe. The Emmys came from his roles in Friendly Fire and Last Train Home, the Golden Globe for Hear My Song, and the Academy Award for Network.

He was also the recipient of the Drama Desk Award, having won Outstanding Featured Actor for his role in Cat on a Hot Tin Roof. Beatty actually appeared the pilot of Murder, She Wrote (titled „The Murder of Sherlock Holmes“), playing Chief Roy Gunderson.

Harry Potter: 10 Deaths That Were Changed From The Books -BB

Linda Blair is one of those performers who will always be associated with a particular movie. In her case, it’s The Exorcist. She brilliantly portrayed Regan, the young child who is possessed by the demon Pazuzu.

For her role, Linda Blair won a Golden Globe and was nominated for an Academy Award, making her one of the youngest performers ever to be nominated. Blair popped up in Murder, She Wrote in 1985, playing Jane Pascal in the season one episode „Murder Takes the Bus“.

Sonny Bono rose to prominence as one half of the iconic duo Sonny & Cher. These two ruled the 60s and 70s thanks to songs like I Got You Babe and TV shows like The Sonny & Cher Comedy Hour and The Sonny & Cher Show. He later left entertainment behind to focus on politics, eventually becoming the mayor of Palm Springs and a Republican congressman for California’s 44th district.

He appeared on Murder, She Wrote in 1988, shortly before he was sworn in as mayor of Palm Springs. He played Valentino Reggiore in the fourth season episode „Just Another Fish Story“.

George Clooney starred in the season three episode „No Laughing Murder“, which aired on March 15, 1987. He played a man named Kip Howard alongside Pat Crowley as Trudy Howard. This was shortly after his eight-episode stint on E/R, where he played a character named Ace between 1984 and 1985.

He had also appeared as George Burnett in seventeen episodes of The Facts of Life between 1985 and 1987. It’s amazing how to see how acting careers start!

Speaking of big names getting their start on TV – Courteney Cox! Cox appeared on Murder, She Wrote in 1986, playing Carol Bannister in the season three premiere „Death Stalks the Big Top“. The episode aired on September 28, 1986, when Courteney Cox was 22-years old.

This came after her sixteen episode stint on Misfits of Science, a little known NBC show about superheroes. Eight years later, Cox landed the role of Monica on a show called Friends. You may have heard of it.

Keith David has enjoyed a long and prosperous career in Hollywood. He and his voice have been seen and heard for decades, and his filmography spans countless genres. You may know him from movies like Platoon and The Thing, TV shows like Community and Greenleaf, or even from video games like the Halo and Mass Effect franchises.

Brad Dourif is another one of those actors who have done a little bit of everything. He’s perhaps most well known as the voice of Chucky from the Child’s Play series, although his career has expanded far beyond that. He was Billy in One Flew Over the Cuckoo’s Nest, Doc Cochran in Deadwood, and Grima Wormtongue in The Lord of the Rings, among many, many others.

One of those „other“ roles is that of Dr. Warren Overman in the Murder, She Wrote episode „Fire Burn, Cauldron Bubble“. It was the thirteenth episode of the show’s fifth season.

Paul Gleason is one of those 80s actors you know the face of but maybe not the name. Some of his most famous roles is that of Clarence Beeks in Trading Places, Principal Vernon in The Breakfast Club, and Chief Dwayne T. Robinson in Die Hard. Like his Die Hard co-star William Atherton, Paul Gleason was usually relegated to the d-bag roles.

And, like Atherton, he appeared in several episodes of Murder, She Wrote – season six’s „The Error of Her Ways“, season seven’s „Thursday’s Child“, and season nine’s „Murder in Milan“. And no, it was not the same character. 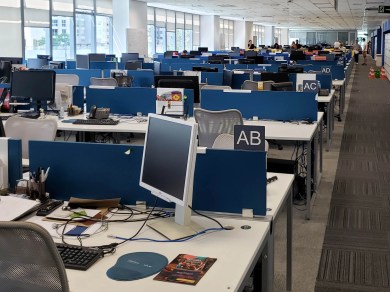