We have to wait until October 2020 to dive into the second season of THE PROMISED NEVERLAND anime adaptation, but at least the live-action film won’t be far behind. The big screen take on Kaiu Shirai and Posuka Demizu’s manga was recently announced for December of next year, and that date has since been narrowed down to December 18, 2020.

The latest update was announced during a stage event at Jump Festa 2020.

The live-action film stars Minami Hamabe as Emma, who is a huge fan of the original manga series. She said previously that “because I love it, I felt the difficulty of adapting it into a live-action film. To make many people enjoy, we have been working on this film while facing various challenges sincerely. Some scenes are still unfinished, and I will do my best until the end.“

Alongside Hamabe is Kairi Jo as Ray and Rihito Itagaki as Norman. Itagaki mentioned together they’ll “will definitely make the prison break successful.”

Yuichiro Hirakawa directs The Promised Neverland film with his writing partner, Noriko Goto, penning the script. They also worked together on ERASED. 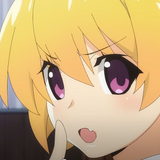