Spoilers for The Rise of Kylo Ren #2 below

Marvel’s Star Wars comic line continues to reveal new details and insights, fleshing out the already expansive galaxy of stories and characters. Right off the heels of The Rise of Skywalker coming to theaters, Marvel is releasing The Rise of Kylo Ren, revealing Ben Solo’s dark transformation into Kylo Ren, apprentice to Supreme Leader Snoke. With the first issue revealing new details into the mysterious Knights of Ren, the rest of the series also promises to reveal more about Snoke, Luke Skywalker’s new Jedi Order, Ben’s Training under Luke, and more into the previously unseen chapter of the Skywalker Saga. One interesting plotline in the upcoming second issue is an opportunity to see just how Snoke accomplished seducing Ben away from his family and towards the dark side of the force.

In the first issue of The Rise of Kylo Ren, the series begins just after the flashback seen in The Last Jedi, where Ben destroys the temple and leaves Luke for dead. He immediately travels to an unknown planet where Snoke (aka Palpatine) is residing. He welcomes Ben with open arms, offering a hand of friendship. He asks Ben what he plans to do next, and Ben mentions joining the Knights of Ren.

In the second issue, Snoke’s specific methods of seducing Ben are revealed. He encourages Ben to not deny his „true“ self, fostering Ben’s feelings of inadequacy and expectations that he feels have been placed on him to be like his namesakes (Ben Kenobi and father Han Solo). He suggests that Ben come up with a new name if he wants to be accepted and learn from the Knights of Ren. His true name. He tells Ben that fully embracing the dark side allows one to become their truest self.

What ironic is that despite all of Snoke’s professions to serve the truth, Snoke simultaneously hides truths from Ben as well. During their conversation, a droid informs Snoke that he has an incoming transmission from General Hux. Snoke turns the droid away. When Snoke inquires about who Hux might be, Snoke shifts the conversation away without revealing anything, withholding the truth about Hux and subsequently, the First Order. Also, in the first issue, it appears as though the burning of Luke’s Jedi temple might not have been Ben’s doing. Arcs of lightning came from the sky and stuck and temple, causing the fire. Now, the lightning came at a peak moment of anger from Ben, having felt betrayed by Luke. While the lightning could have come from Ben’s anger through the dark side, it could also have been Snoke, taking advantage of the moment, making Ben think it was his fault, causing him to feel like there was no way to go but to Snoke himself and the dark side.

Whatever the case may be, it’s evident that Snoke’s seduction of Ben Solo was both well-thought-out and strategic in its timing. Snoke realizes what he can get from Ben by promising to help him embrace his true self at his most vulnerable moments. The rest of the series is sure to continue exploring one of the darkest and more terrible relationships in the Star Wars galaxy, as more is revealed about Ben’s turn to the dark side and his path to becoming Kylo Ren.

The Rise of Kylo Ren #2 is in comic book stores now.

The Science of Losing Battles 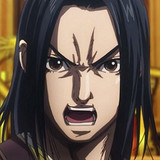