New Delhi: Platforms like WhatsApp and Signal do not cooperate with law enforcement agencies citing end-to-end encryption and don’t even honour lawful requisitions, government officials have told a Rajya Sabha panel looking into the issue of pornography on social media and its effects on children.

Earlier this month, an ad-hoc committee of the Rajya Sabha was formed by the Upper House Chairman M. Venkaiah Naidu on the „alarming issue“ of pornography on social media and its effects on children and society as a whole.

The panel, which includes 14-members from ten political parties, has held several meetings on the issue.

Appearing before the panel, MEITY in a note said the ministry faces many legal challenges from social media platforms on the issue of pornography as their servers are abroad and they „claim to be governed by laws of hosting country when information for investigation is sought“.

While in some cases, the ministry said, only meta data is shared and for majority cases either mutual legal assistance treaty or letter rogatory is insisted upon which is a very time-consuming process.

„Some platforms like WhatsApp, Signal, etc, cite end-to-end encryption for not cooperating with LEAs. They even raise privacy concerns. Even lawful requisitions are not honoured,“ the ministry said in the note shared with panel members.

It further said the law enforcement officials do not have explicit powers for undercover operations, which have become essential in the wake of peer to peer encrypted social media services and increasing use of dark web for circulation of child sex abuse material.

The committee, chaired by Congress MP Jairam Ramesh, is expected to submit a report next month.

Though the committee is ad hoc, rules related to the Select Committee on Bill apply to this panel.

On November 28, Naidu had asked Congress MP Ramesh to form a committee comprising lawmakers from across party lines to suggest concrete steps to curb pornography on social media and other Internet platforms saying it is adversely affecting children.

Naidu’s suggestion had came after AIADMK MP Vijila Sathyananth raised the issue in the House. 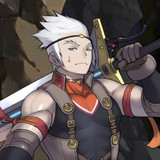